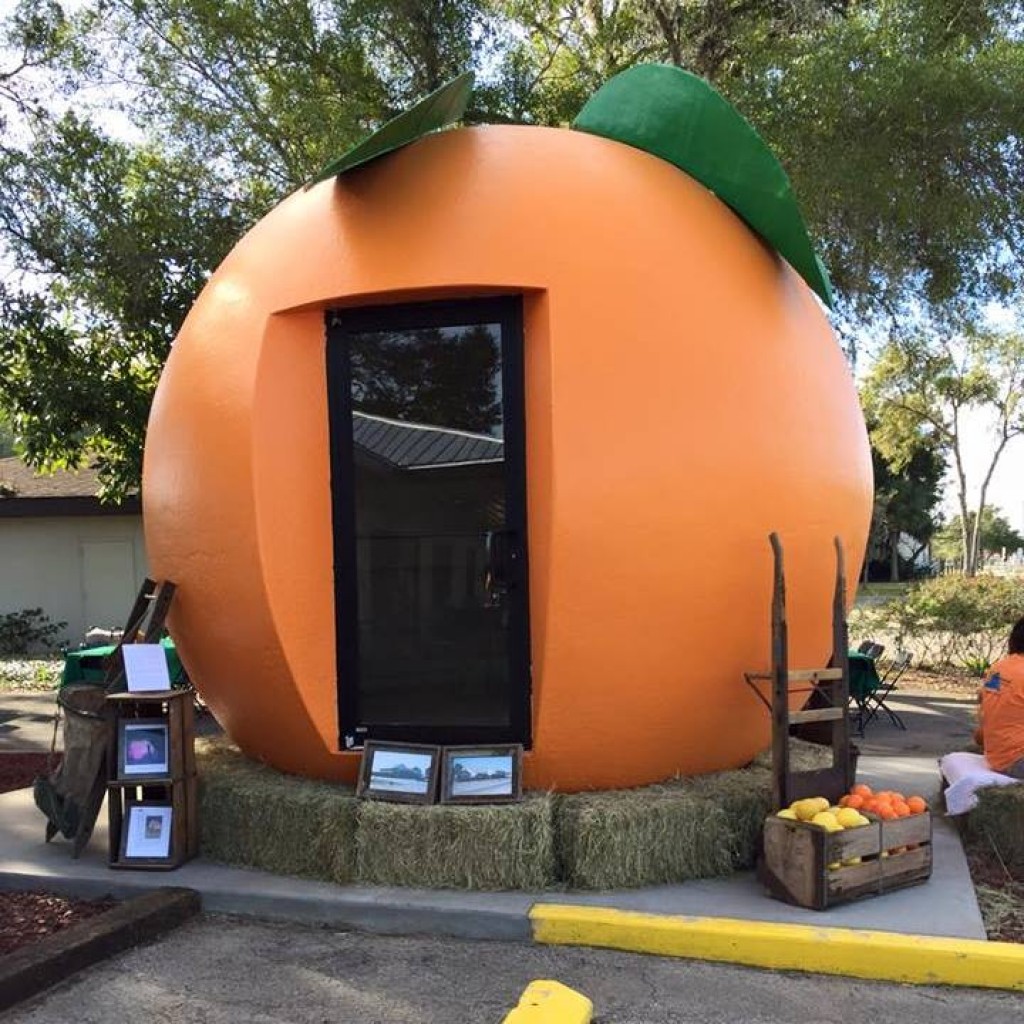 One of Florida’s most iconic landmarks has been restored. The giant orange has weathered many of the ups and downs of the state’s citrus industry.

The orange came to Lake County in 1971 when the industry was booming and more than 130,000 acres were dedicated to citrus farming. Many roadside citrus stands at the time had a piece of architecture that made each one unique.

But as the industry struggled over the years, plagued by canker, greening and freezes, the number of acres plummeted to 10,000. And for nearly three decades, the once shiny giant orange was covered in mold and vines in the back woods behind an antique market.

Sunsational Citrus in Umatilla bought the orange and a giant crane hauled it away three years ago. The restoration included 40 hours of sand blasting, three coats of primer and nine gallons of acrylic orange paint. The fiberglass leaves were painted green and bolted atop the fruit. A new wooden floor was installed and cabinets were added to display citrus antiques such as picking sacks and smudge pots.

The Orlando Sentinel reported the restored fruit was erected outside Sunsational’s citrus and gift shop business Nov. 13 and its new owners hope it will become a beacon for the next generation.

“We wanted it to represent the citrus and we wanted to try to save it,” said owner Sharon Faryna, a third-generation citrus farmer in Lake County.

Nichole Lewellyn started visiting the giant orange as a toddler with her cousin Randall. Randall died in an accident when he was 7. About 30 years later, Lewellyn left her New York home to take a photo of the yet-to-be restored orange and her son, who is also named Randall.

Umatilla Elementary School Principal Debra Rodgers rushed over to the Sunsational Citrus after church Nov. 15 to get a picture of her grandchildren under it.

“My grandkids will probably take pictures with their own kids there one day,” she said.

previousTom O’Hara: We must invite the president to next year’s Fort Lauderdale Boat Show