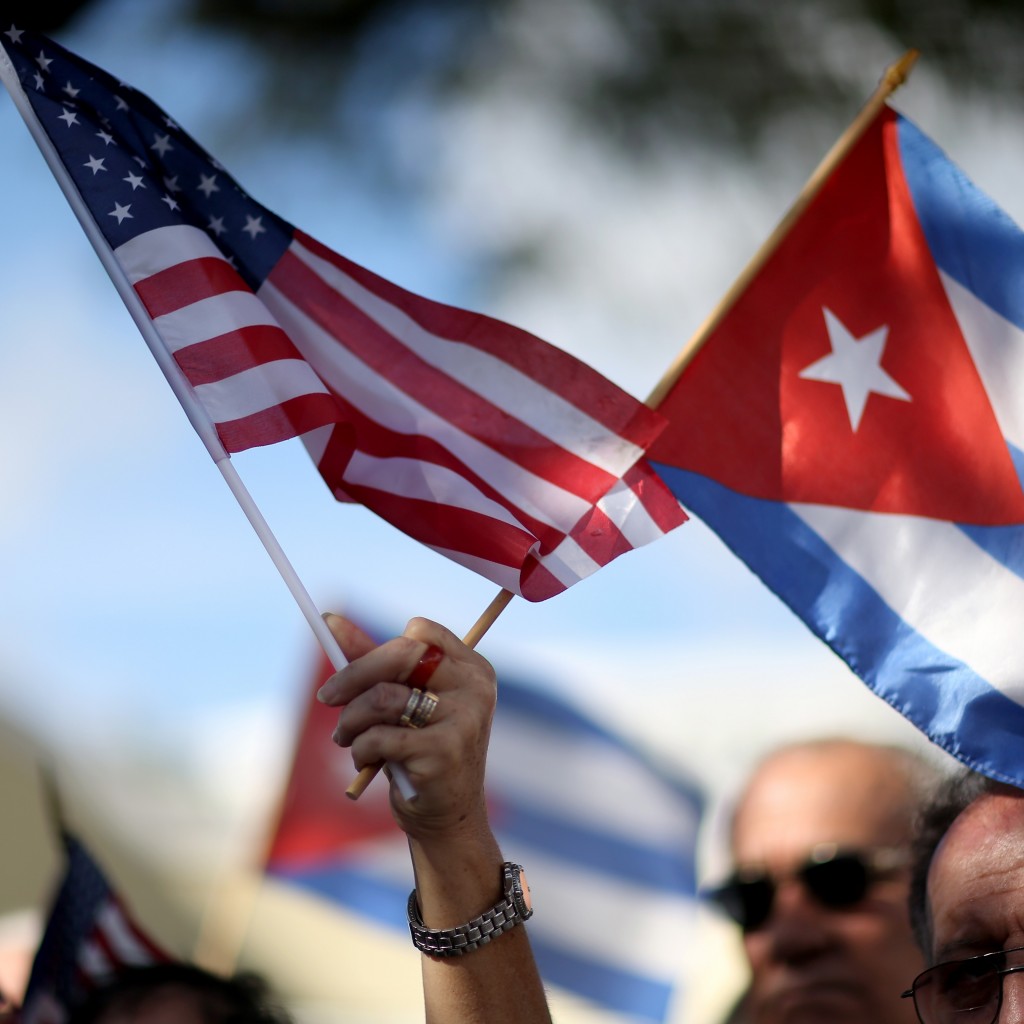 American Alan Gross spent five years in a Cuban prison before being released last year as part of a historic reopening of relations between the United States and Cuba, but he says he’d travel back to the island nation “in a heartbeat, as long as the government promises not to re-arrest me.”

Gross was working as a U.S. government subcontractor setting up Internet access in Cuba in violation of Cuban law when he was arrested in 2009. He was ultimately tried and sentenced to 15 years in prison for crimes against the state, and his case became a sticking point in relations between the two countries. Thursday marks a year since Gross returned to the United States as part of a prisoner exchange.

After his release, the 66-year-old Gross is trying to figure out what’s next for him and also watching closely as the U.S. and Cuba move forward. Here are some of the topics he discussed in an interview with The Associated Press at his home in Washington ahead of the anniversary of his release:

“I have absolutely no bitterness whatsoever toward the people of Cuba — quite the contrary; I feel like they’re my family,” he said, adding that he doesn’t have the same fondness for some people in the Cuban government.

Still, he says he wants to see the new relationship between the United States and Cuba succeed.

“Our relations will not be normalized for some years to come, will not be totally normalized. But I believe that both governments are working towards that,” he said, adding: “We need to be patient to see this relationship evolve.”

He says one “big thing” he’d like to see the United States do is get rid of the more than 50-year-old U.S. trade embargo on Cuba. Gross called the embargo “stupid” and a “complete and utter failure.”

ON HIS FIRST YEAR BACK IN THE UNITED STATES

Gross says he has spent much of the past year thanking people who helped win his release and re-establishing connections with friends and family. He has spoken to a range of groups and has also been putting his life back in order. After losing more than 110 pounds while in prison, he says he has regained about 40 pounds from his lowest point. Major dental work has fixed the five teeth he broke in prison because of poor nutrition. And he’s preparing to be a grandfather for the first time early next year.

ON HOW PRISON CHANGED HIM

Gross calls himself a humble guy with a good sense of humor, but his wife Judy Gross says he seems to have returned to the United States happier than when he left.

“He seems to have a more positive outlook on life,” she said, adding that her husband walks around whistling.

“I know I’m a lucky guy,” Alan Gross said. “I’m one of the luckiest guys on this Earth. I got out with my life, and my life is whole again. So I have a lot to be happy for.”

ON THE U.S. GOVERNMENT, WHICH WAS BEHIND HIS WORK IN CUBA

“They put me at risk, and I paid the price,” he said. At the same time, many in government also worked diligently to get him out, he said.

He said he told President Barack Obama during a meeting after his return: “Better late than never.”

The U.S. government announced soon after Gross returned to the United States that he would get $3.2 million as part of a settlement with the government contractor he was working for in Cuba, Maryland-based Development Alternatives Inc. Gross disputed that. He acknowledged a settlement in a separate lawsuit against DAI for an amount that has not been made public.

ON WHAT’S NEXT FOR HIM

“Everything interests me,” said Gross, who set up Internet access in remote areas around the world before working in Cuba.

Right now he’s volunteering on the campaign of Maryland Rep. Chris Van Hollen, who worked to get him freed. But he’s got other interests too: voting representation in Congress for the District of Columbia, bringing Palestinians and Israelis together to do business and prison reform.

Both he and his wife said they’d like to work with other American families who have loved ones in captivity abroad.

ON RETURNING TO CUBA

Gross hasn’t left Cuba entirely behind. He said he became part of the lives of men he met as cellmates and he is still in touch with people in Cuba. And he has other physical mementos. He saved his broken teeth, and he has a wrapped bar of soap one cellmate gave him. He also hasn’t kicked one habit from Cuba: smoking Cuban cigars, about three a week these days.

“They got me hooked,” he said, adding that he gives away more than he smokes.

As for what he’d do if he were ever to return to Cuba, he said he has one idea: He’s never been to a Cuban beach.

previousBill Galvano sticks to his story: No partisan intent behind redistricting