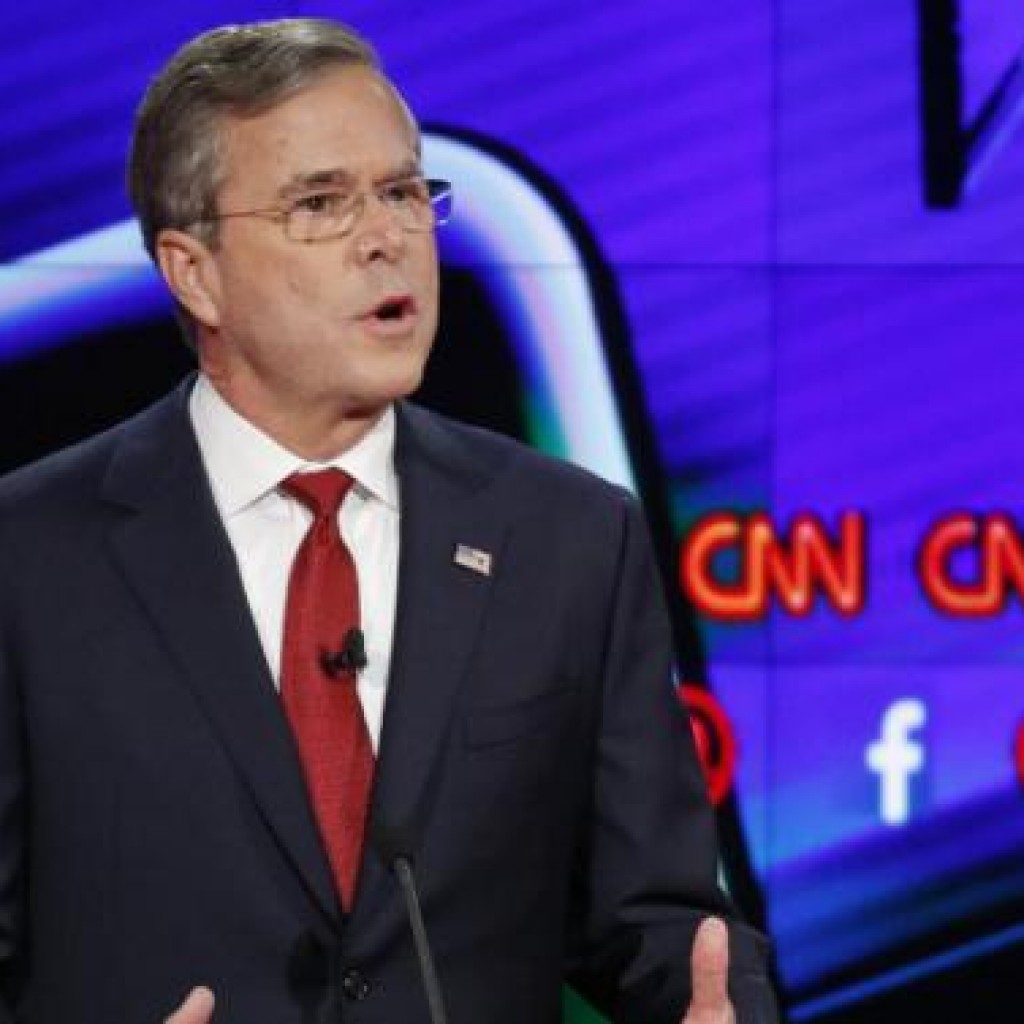 For Jeb Bush and supporters, it’s probably wise not to rise or fall on the basis of a single poll.

The Bush camp rallied this weekend around a poll that showed him moving up to second place in New Hampshire, getting 11.9 percent support.

Flash forward to Monday, where a Monmouth University poll just released has him tied for 7th place, with just 4 percent of the vote.

The story in this poll is that Donald Trump is rising in the Granite State, getting 32 percent support. That’s up from 26 percent when Monmouth pollsters asked the same question in November. Trump’s 6-point gain is the largest for any candidate in the GOP field. His favorability rating has also ticked up and now sits at 52 percent positive and 40 percent negative.

Tied for second is Ted Cruz and Ohio Gov. John Kasich, well behind Trump with 14 percent each.

Marco Rubio is in fourth place in the survey with 12 percent, and Chris Christie is fifth at 8 percent.

“As Granite State voters start to firm up their decision, it’s looking more and more unlikely that Trump will be toppled from his perch,” said Monmouth polling director Patrick Murray. “The real fight is for second place.”

Rounding out the field are businesswoman Carly Fiorina, at 5 percent, and Rand Paul and Bush, both tied at 4 percent.

And Bush has the distinction of being the only Republican candidate in the survey who GOP voters view negatively. Only 39 percent of Republicans voters in New Hampshire have a positive view of Bush, compared to 47 percent who view him negatively.

And remember Ben Carson? In the November version of the Monmouth poll, the retired neurosurgeon was in second place, with 16 percent support. Now? He’s in ninth place, with just 3 percent.

Carson once had the highest favorability rating of any candidate in the field, but now he sits at 46 percent positive and 34 percent negative.