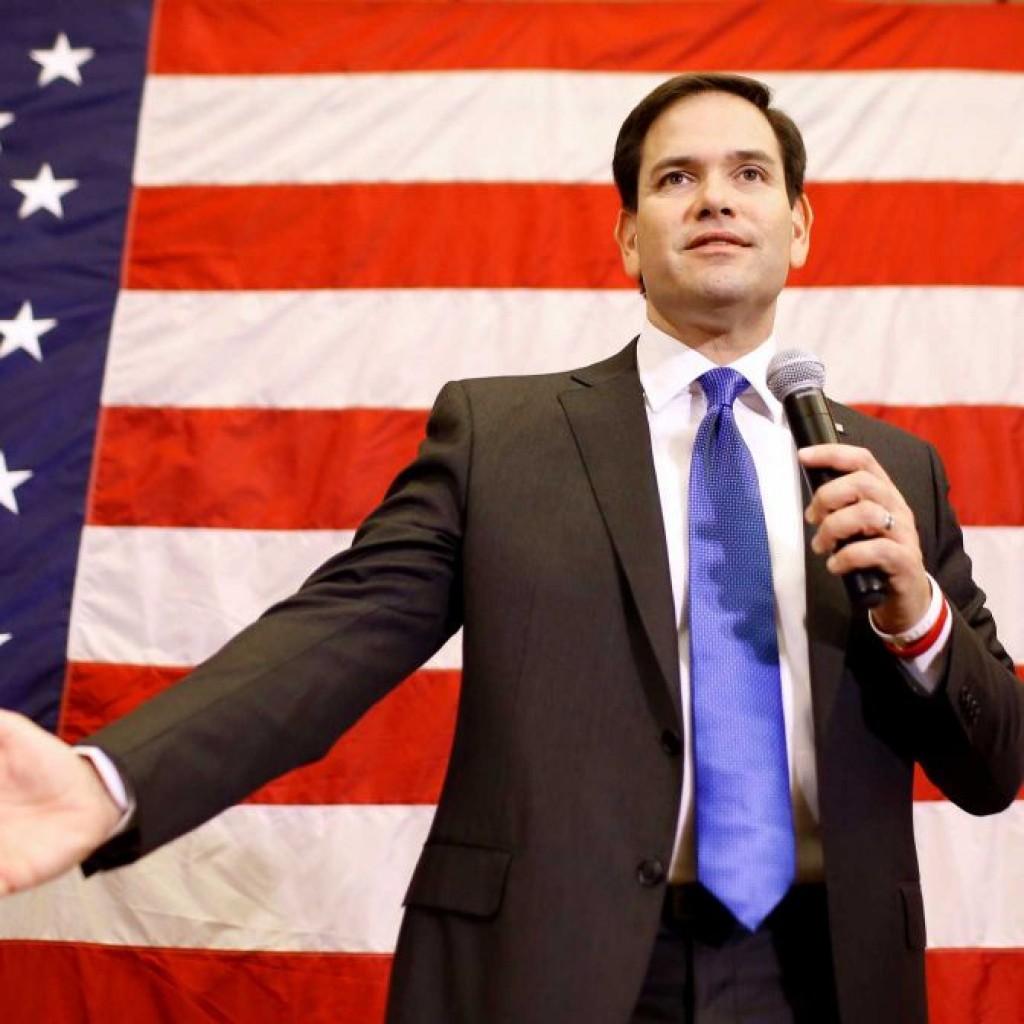 Marco Rubio took a victory lap Monday, promising Iowans he would unite the Republican Party if he is his party’s nominee.

Rubio came in third in the state’s Republican caucus with 23 percent of the vote. The Florida Republican did better than many polls predicted; the final Des Moines Register/Bloomberg Politics Iowa Poll released Saturday had him polling at 15 percent.

Ted Cruz came in first with 28 percent, followed by Donald Trump with 24 percent.

Unity has been a theme for the Rubio campaign. On Monday morning, he had told “Good Morning America” that his campaign was “going to take our conservative message to people that haven’t voted for Republicans in a long time.”

He echoed those comments Monday evening, telling the crowd he would “unify this party.”

Rubio spent significant time in Iowa in recent weeks, spending most of the last week in the Hawkeye State. Over the weekend, the campaign ran a 30-minute advertisement to get his message out for one final time before the caucuses.

Rubio spoke for about 15 minutes with his wife, Jeanette, and their children by his side. He used his remarks to talk about his family and the American Dream,

“When I’m elected president, when we together achieve this victory, we will embrace all the principles that made America great, and we will apply them to the unique challenges of this century,” he said. “When our work is done, here’s what history will say of this generation; it will … we rose up to the challenges of our time, and because we did, the American Dream didn’t just survive, it reached more people and changed more lives than ever before.”

The strong finish in Iowa will likely give Rubio a boost going into the New Hampshire primary. Rubio has lagged in the polls in the Granite State, with recent polling averages showing him in fifth place with 9.5 percent.

“They told me I needed to wait my turn, that I needed to wait in line. But tonight, here in Iowa, the people of this great state have sent a very clear message. After seven years of Barack Obama, we are not waiting any longer to take our country back,” he said. “Tonight we have taken the first step, but an important step, toward winning this election.”

Rubio now heads to New Hampshire, where he has events scheduled for Tuesday and Wednesday.