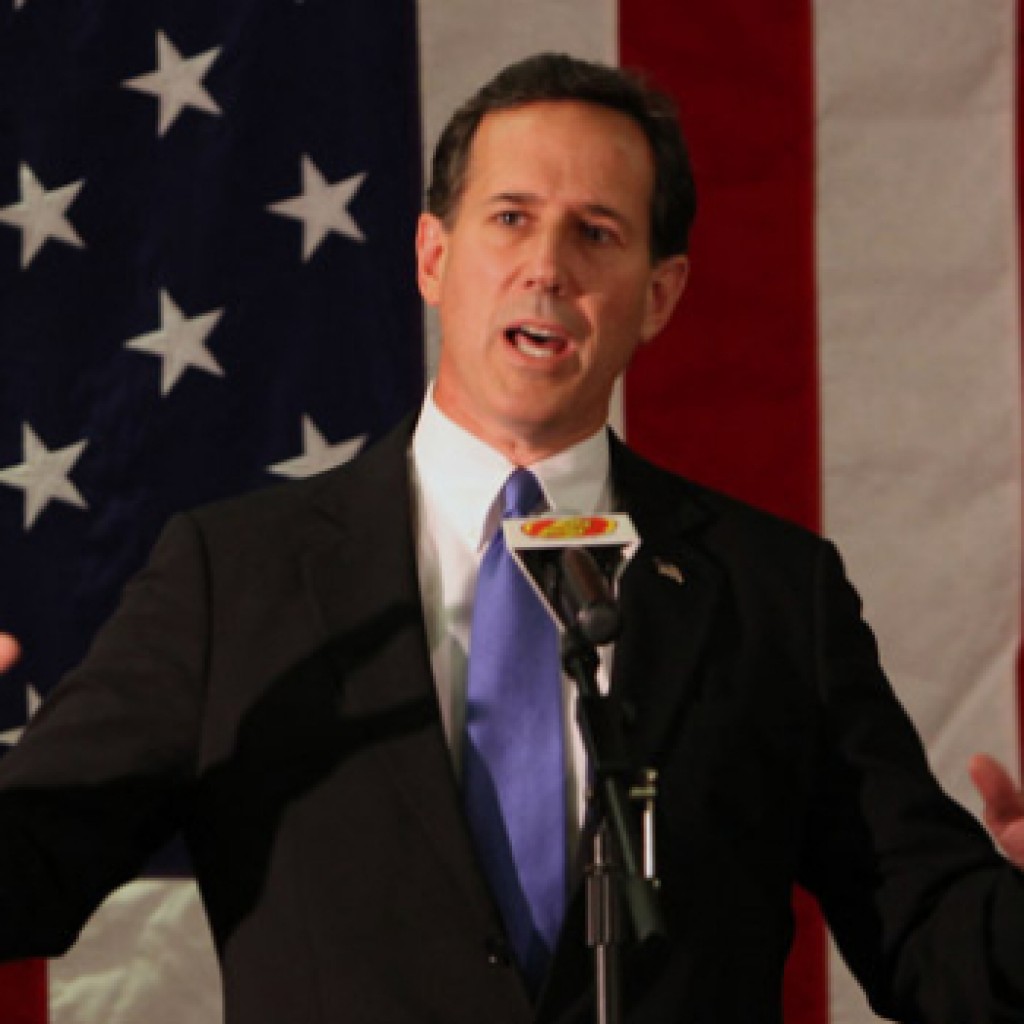 One day after endorsing Marco Rubio, former GOP hopeful Rick Santorum hit the media circuit to explain why he backed the Florida senator.

There was just one problem. When pressed by the hosts of MSNBC’s “Morning Joe” to list one of Rubio’s accomplishments in the Senate, the Pennsylvania Republican appeared stumped.

“You know, here’s what I would say about that. My feeling on Marco is someone who has tremendous potential, tremendous gifts,” said Santorum during the interview with MSNBC “Morning Joe” hosts Joe Scarborough and Mika Brzezinski.

Here’s the whole transcript of Scarborough and Brzezinski pressing Santorum for an answer, courtesy of MSNBC’s “Morning Joe”:

JOE SCARBOROUGH, MSNBC HOST:  With us now, former presidential candidate and the winner of the 2012 Iowa caucus, Rick Santorum.  Rick, always great to see you here.

SCARBOROUGH:  What – What – What do you list as Marco Rubio’s top accomplishment that made you decide to endorse him?

SANTORUM:  Well, I mean, I would just say that this is a guy who’s been able to, No. 1, win a tough election in Florida and pull people together from a variety of different spots. This is a guy that I think can work together with people. That’s the thing I like about him the most, that he’s someone who brings people together. And at a time with – when there’s such divisiveness in Washington, I was looking for someone that can win this election and it wasn’t a divider, and I think that’s the problem I have with everybody else in the field.

SCARBOROUGH: So he can win, but he’s been in the Senate for four years. Can you name his top accomplishment in the Senate, actually working in the Senate doing something that tilted your decision to Marco Rubio?

SANTORUM: You know, here’s what I would say about that. My feeling on Marco is someone who has tremendous potential, tremendous gifts. If you look at being a minority in the United States Senate in a year where nothing got – four years where nothing got done, I guess it’s hard to say there are accomplishments. I mean, you tell me what happened during that four years that was accomplishment for anybody? I mean, it was a complete gridlock.

SCARBOROUGH:  Hold on, hold on.

BRZEZINSKI: This is – disturbing.

SCARBOROUGH: The Republicans have been in the majority for the past two years. Can you name one thing that he’s passed in the last two years?

SANTORUM: OK,  Joe, look, the Republicans have been majority for one year and one month, of which, as you know, he was running for president primarily. The first four years he was in the minority and nothing got done. And by the way, what happened this year under the Republican that he is got done?

BRZEZINSKI: OK, so what’d he do in Florida?

SCARBOROUGH: Well, I can list some things that happened, but I’m not defending the Congress. I’m not being difficult here, I’m just asking you to name one accomplishment you think Marco Rubio –

SANTORUM: No, I’m just saying the problem is –

SCARBOROUGH: List one accomplishment, just one, just one, that Marco achieved. Maybe a bill that he wrote. Maybe a moment in the committee.

SANTORUM: Yes, OK.  Marco Rubio was, No. 1, the Speaker of the Florida House, which is not something that’s a minor deal. I mean, he was elected by his colleagues to be Speaker of the House. No. 2, you know, he spent four years in the United States Senate being frustrated like everybody else that nothing got done, and then you can’t point to him and say nothing got done and therefore he has no accomplishments. The problem is we have a president who doesn’t work with people.

BRZEZINSKI: Well, maybe he was for something.

SANTORUM: And you got no cooperation at all. So this is a bogus argument. You got a completely feckless Congress and you can’t say, well, he was there and therefore it’s his fault.

SCARBOROUGH: It’s actually not a bogus argument. All I’m asking is a simple question; I’ll ask it one more time. Don’t attack me, because we’ve been friends for a very long time.

SANTORUM: We have. And I’m not attacking you.

SCARBOROUGH: No, no, no. Let me ask the question one more time. List one accomplishment that Marco Rubio has achieved in four years in the United States Senate. It doesn’t even have to be a passed bill.

SANTORUM: Well, I know he included something that went after the insurance companies in the most recent omnibus. He fought for that, to stop bailing out insurance companies. That’s one thing I’m familiar that I just saw recently.

But – and again, he was on the campaign trail and accomplished that. The bottom line is there isn’t a lot of accomplishments, Joe, and I just don’t think it’s a fair question to say –

SCARBOROUGH: Can I ask you about you?

SANTORUM: – over the last four years where nothing has happened and then blame one person because he didn’t get accomplishments done. Neither did President Obama.

SCARBOROUGH: Well, I actually – you know what, Rick, through your ups and downs in the United States Senate, I can list several accomplishments that you have.

The interview ends with Santorum talking about what changed from 2012, when Santorum was declared the ultimate winner of the Iowa caucuses, and this year. Santorum dropped out of the 2016 race Wednesday after a poor showing in Iowa.