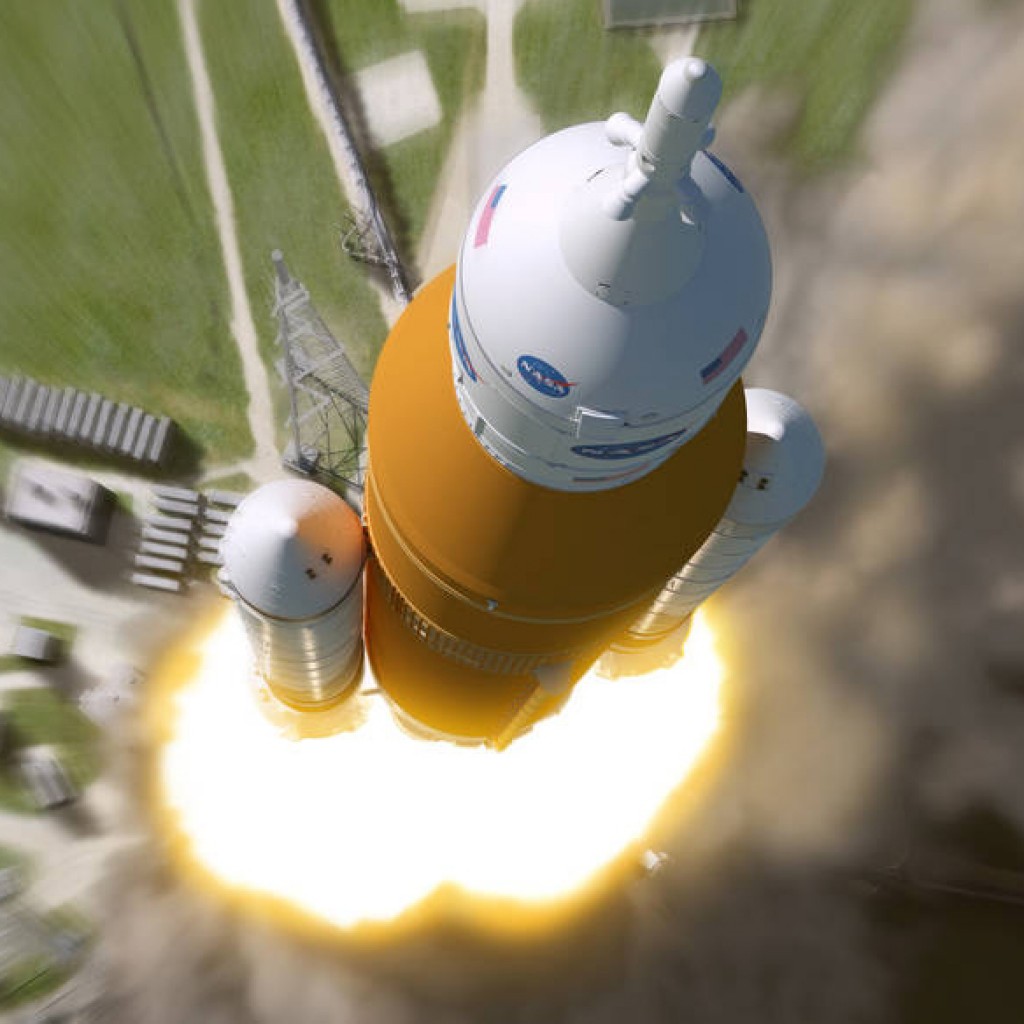 Development of NASA’s next big rocket, the Space Launch System, would be delayed under the budget proposed Tuesday by President Barack Obama, bringing space exploration advocates are saying.

The president’s fiscal year 2017 federal budget calls for just over $19 billion for NASA, which is more than the president proposed last year but $260 million less than Congress actually provided for 2016.

While the budget shows distinct differences across the board in priorities held by the administration and Congress, the biggest difference and biggest hit comes with the SLS, which would see a drop in funding of nearly $700 million compared with the $2 billion Congress set aside for the program for this year.

The reductions for the SLS rocket are being decried by proponents of space exploration.

But much of the rest of the budget proposal is being hailed as strong for most of NASA’s science missions, technology and support for the space station and commercial space.

“The entire rest of the budget is actually up, and it’s up significantly,” said U.S. Rep. Alan Grayson of Orlando, a member of the House Science, Space and Technology Committee and a Democratic candidate for the U.S. Senate.

“It allows the agency to keep all its missions on track,” Grayson said. “That’s good. the agency constantly generates good science. I feel like NASA gives us good value for the money.”

U.S. Sen. Bill Nelson of Florida, a member of the Senate Commerce, Science and Transportation Committee, took to the Senate floor Tuesday to promote the NASA budget Tuesday, highlighting commercial space and the International Space Station.

“Even though the president’s request falls short in some areas, I think that the president’s request has been overcome with what we have done here in the Congress, with a substantial increase in this current fiscal year over and above last year and with the excitement of human spaceflight, again, within our grasp on American rockets as well as this excitement of defining and creating and manufacturing new technologies for spaceflight that will benefit us here on the face of the earth,” he said.

The SLS would be launched from Kennedy Space Center and would become NASA’s first human-rated rocket since the space shuttle was retired in 2011. It also would eventually become the most powerful rocket ever, once it is fully developed.

But the budget provides little funding for development of the SLS’s exploration upper stage, a critical component for getting the rocket and astronauts into deep space.

In budget briefings, administration officials said the cut reflects NASA’s intention to push back, by three years, the agency’s plan to send astronauts up to grab an asteroid and bring it back to lunar orbit for research. That’s now planned for 2023.

NASA still plans a maiden test launch of an SLS rocket, without the exploration upper stage, as early as 2018, and a first test crewed mission using the Orion space capsule, perhaps to circle the moon, for shortly after that.

What’s more, the budget provides some direct assurance of funding for Kennedy Space Center to accommodate the SLS. It provides $429 million for ground systems support. That’s a 5 percent increase, and much of that money would go to KSC.

Grayson said one reason the SLS program faces cuts in the president’s budget may be that NASA does not yet appear to have figured out what it wants to do with the rocket, other than go to Mars in 20 years. He belittled the agency’s planned interim mission to retrieve an asteroid as having little potential for science and suggested NASA should reconsider using the rocket to return to the moon, which he said would arouse public excitement and provide greater science opportunities.

The SLS cut has proponents of space exploration demanding more.

“We are deeply concerned about the administration’s proposed cut to NASA’s human exploration development programs,” Mary Lynne Dittmar, the executive director of the Coalition for Deep Space Exploration, which represents many of the big rocket companies, stated in a release.

Funding for commercial space programs is cut about 5 percent from 2016 levels, but administration officials said this would maintain plans aimed at having two companies, Boeing and SpaceX, carrying astronauts by the end of 2017, and three companies, SpaceX, Orbital ATK and Sierra Nevada Corp., launching cargo to the International Space Station.

“I commend the administration for a budget that provides robust funding for NASA and FAA AST,” said Eric Stallmer, president of the Commercial Spaceflight Federation, which represents many of those companies.

Casey Dreier, director of space policy for The Planetary Society, said the budget is consistent with the past several the president has proposed, showing lower priorities for space exploration and higher priorities for many sciences than Congress held. Congress increased most of those funding levels anyway.

But just like past years, space exploration advocates are counting on Congress.

“Congress has shown there is a bipartisan coalition willing and able to do better to enable NASA to achieve the mission that the nation has asked them to do, Dreier said.