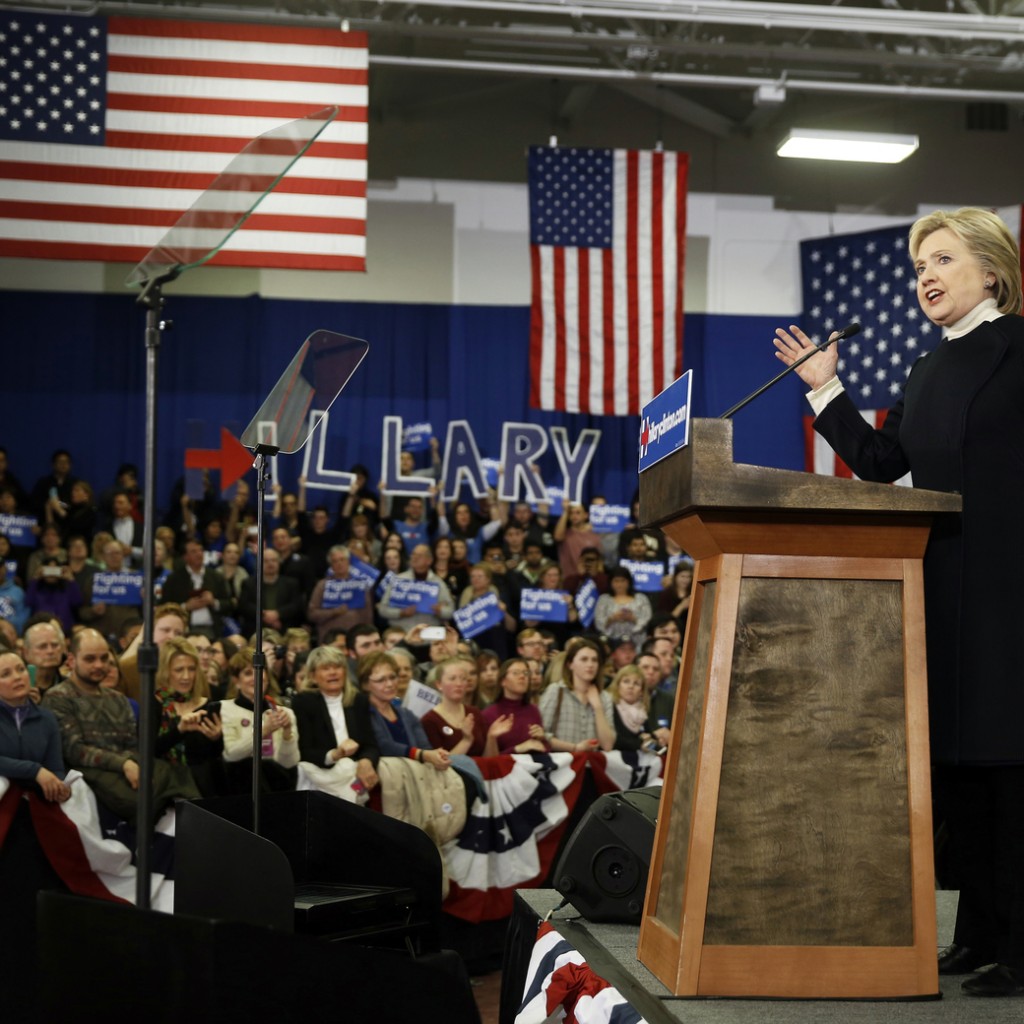 After an overwhelming loss in New Hampshire, Hillary Clinton is staking a campaign comeback on her ability to woo black and Latino voters, placing outreach to those communities at the center of her strategy to retool her 2016 bid.

The 22-point loss to rival Bernie Sanders in this week’s primary heightened concerns among Democrats that Clinton’s message is failing to win over both women and young voters — two key parts of the coalition that twice elected Barack Obama to the White House.

The New Hampshire defeat, along with Clinton’s razor-thin win in the leadoff Iowa caucuses, raised the stakes for Clinton to rally minority voters — another pillar of the Obama coalition — in the contests coming up in Nevada and South Carolina.

As the contest fans out across the country, Clinton’s campaign is casting her as a stalwart advocate for racial justice, tracing back to her days working for the Children’s Defense Fund in the 1970s. She will tie her future even closer to Obama, a deeply beloved figure among black Americans.

Clinton also plans to intensify her focus on issues of importance to minority voters, such as immigration, civil rights and gun control, dispatching African-American supporters to make her case and launching a flurry of attacks to undermine any credibility Sanders may be building within the black community.

Focus-group surveys conducted by Clinton’s campaign with undecided black voters in Charleston found that the former secretary of state has retained a high degree of trust with African-Americans, even as her numbers on trust and honesty have declined overall, according to Clinton aides.

While the voters were open to Sanders and liked his economic message, their views shifted after hearing about his plans to replace the Affordable Care Act with a single-payer health care system and his past opposition to gun control measures, the aides said.

“One candidate voted to give immunity to the gun manufacturers and opposed the Brady bill. … I can’t get past that,” said Rep. Cedric Richmond, D-La., on Thursday as the Congressional Black Caucus’ political action committee endorsed Clinton.

While Clinton still holds a big lead among party insiders known as superdelegates, who can support the candidate of their choice, the first two contests made clear that Sanders has undermined her once dominant position as the nomination favorite.

Her aides believe the next two contests and the primaries that follow in March, where minority voters make up a larger slice of the electorate than in overwhelmingly white Iowa and New Hampshire, could essentially decide the race.

She already has a head start with black voters. An NBC News/Wall Street Journal/Marist Poll in late January showed African-American voters said they preferred Clinton to Sanders, 74 percent to 17 percent

Since New Hampshire, Clinton has launched a full-scale press, unveiling endorsements from top African-American leaders. At the CBC event on Thursday, Georgia Rep. John Lewis, a civil rights icon, said he would travel to South Carolina this weekend to campaign for her.

Clinton’s team will also be rolling out the support of 119 black legislators in the March voting states. And she’ll be endorsed by faith leaders in Flint, Michigan, adding to the 28 ministers and 50 black mayors who’ve already expressed support.

Meanwhile, Clinton supporters are targeting Sanders’ record on issues like racial equality and criminal justice, even playing down his early support for the civil rights movement as a college student who joined the 1963 March on Washington.

“Thousands of people walked on Washington. What are the real policy issues or legislation that he has presented?” said Dr. Hazel Dukes, president of the NAACP’s New York State Conference.

On Friday, Clinton will head to rural Bamberg County, South Carolina, a poor, majority-black area, to hold a town hall on racial and economic disparities. She’s holding a Monday campaign event in Riviera Beach, Florida, a majority African-American city, before meeting with civil rights leaders on Tuesday and holding a campaign event with the mother of Sandra Bland, the Chicago-area woman whose death in a Texas jail cell has become a rallying cry for criminal justice reform.

Former President Bill Clinton is being dispatched to Memphis, Atlanta and Florence, South Carolina, and the Clintons’ daughter, Chelsea, is heading to Flint, where the crisis over water has become a symbol of racial and economic inequality.

Sanders’ campaign plans to promote his personal story, arguing that his early work as a college civil rights activist and his message of economic equality will help diversify his support. On Wednesday, he held a heavily publicized breakfast with civil rights activist Al Sharpton in Harlem, and Ta-Nehisi Coates, an influential writer on racial issues, said he would vote for Sanders.

But his team also acknowledges that his constituency may be far stronger in states with less diverse Democratic electorates, like Oklahoma, Minnesota, and Massachusetts — all states where they launched new ads on Wednesday.

“Bernie Sanders has an incredibly powerful story to tell,” said adviser Tad Devine. “His fight for equality and civil rights, his fight against inequality and economic injustice is very, very powerful. It’s going to resonate with the African-American community.”

next"Marcobots" to continue to dog Marco Rubio on campaign trail