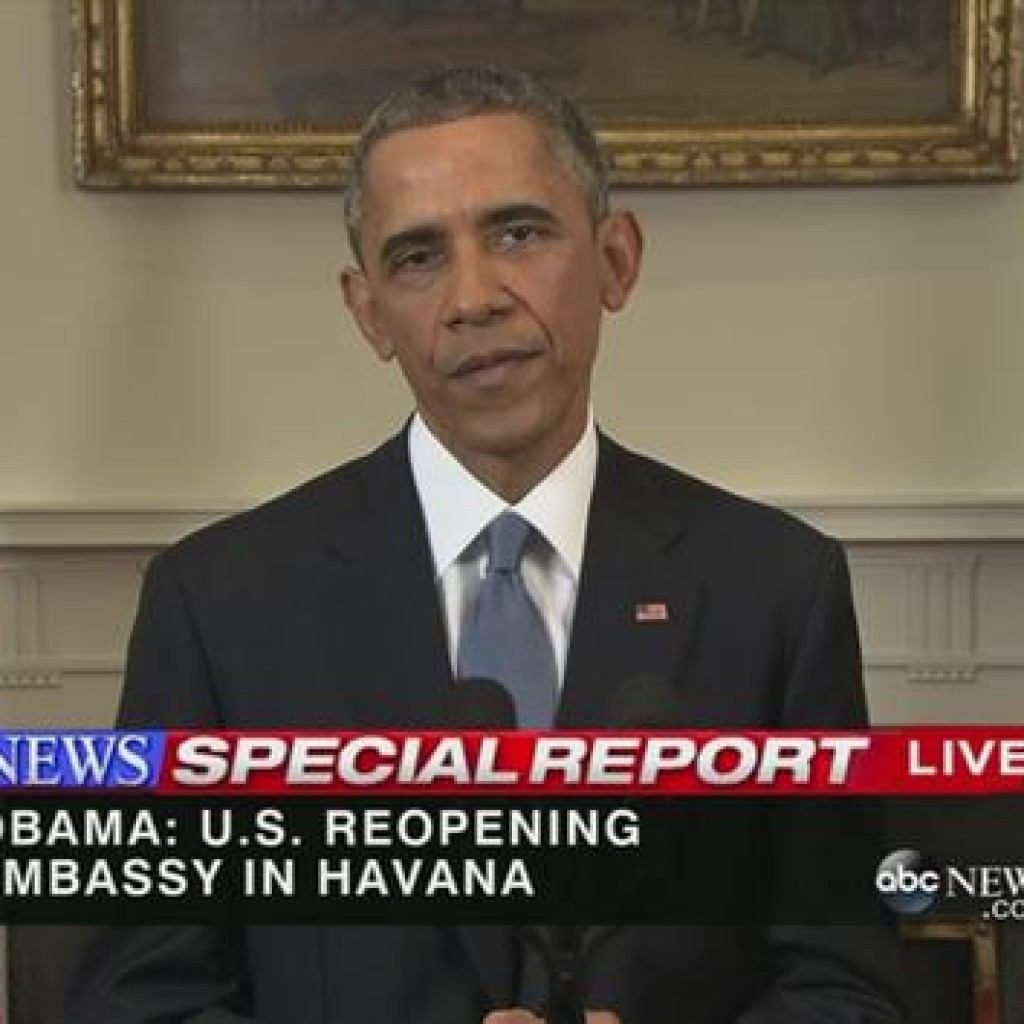 President Barack Obama is going to Cuba next month, much to the consternation of U.S. Sen. Marco Rubio.

Obama announced via Twitter Thursday morning that he and first lady Michelle Obama will travel to the island on March 21-22.

Next month, I'll travel to Cuba to advance our progress and efforts that can improve the lives of the Cuban people.

Not surprisingly,  Rubio isn’t happy about it. In a letter written to the President, the Florida’s junior Senator and GOP presidential candidate cautions about the deleterious consequences he contends could ensue from such a trip.

“Your determination to visit the communist state of Cuba on March 21st and 22nd, regardless of the disastrous consequences, is a mistake,” Rubio writes. “I strongly urge you to reconsider visiting Cuba in the absence of the government undertaking meaningful reforms including: reforming their oppressive political system, reigning in a police state that orchestrated over 8,600 political arrests in 2015, freeing all political prisoners, resolving the billions of dollars in outstanding property claims and court judgments against the Castro regime, and returning fugitives from U.S. justice.”

Critics such as Rubio have contended over the past year that the U.S. hasn’t received much from the Raul Castro-led government since the Obama administration made its dramatic announcement of a diplomatic breakthrough in December 2014.

“Having an American president go to Cuba simply for the sake of going there, without the United States getting anything in return, is both counterproductive and damaging to our national security interests,” Rubio’s letter continues.

“Any time a president visits a foreign country, it speaks volumes to the host country, to the American people and to the rest of the world. If you proceed with this visit, you will further confirm what the Castro regime has learned throughout its negotiations with your Administration: that you are willing to give up all the leverage the United States has in exchange for virtually nothing. You will send the message to the oppressed Cuban people that you stand with their oppressors. You will send the message to the Western Hemisphere and the rest of the world, especially our enemies, that the United States can grow tired of standing up for our national security interests and principles.‎”

Rubio writes that Obama should reconsider visiting Cuba, and insist that the Castro regime “finally make some serious concessions that have so far not been prioritized in negotiations.”

“A presidential visit to Cuba absent of any concessions from its government is a dangerous idea, and I urge you to reconsider,” he concludes.

Also criticizing Obama is Florida Lt. Gov. Carlos Lopez-Cantera, who, like Rubio, is of Cuban descent.

In a blistering statement, the GOP Senate hopeful calls the Obama visit to meet with the “Castro dictatorship and its repressive apparatus” a “disgraceful policy that has weakened U.S. national security and validated oppression over freedom.”

In a statement, the White House said that Obama wants to build on “the progress” that has been accomplished in moving toward normalization of relations between the two nations. The statement also says that Obama will be “expressing our support for human rights.”

In addition to holding a bilateral meeting with Cuban President Raul Castro, Obama is expected to meet members of civil society, entrepreneurs and Cubans from “different walks of life.”

No U.S. President has visited Cuba since Calvin Coolidge, who did so back in 1928.

previousEd H. Moore: Which GOP candidate is most like Ronald Reagan?