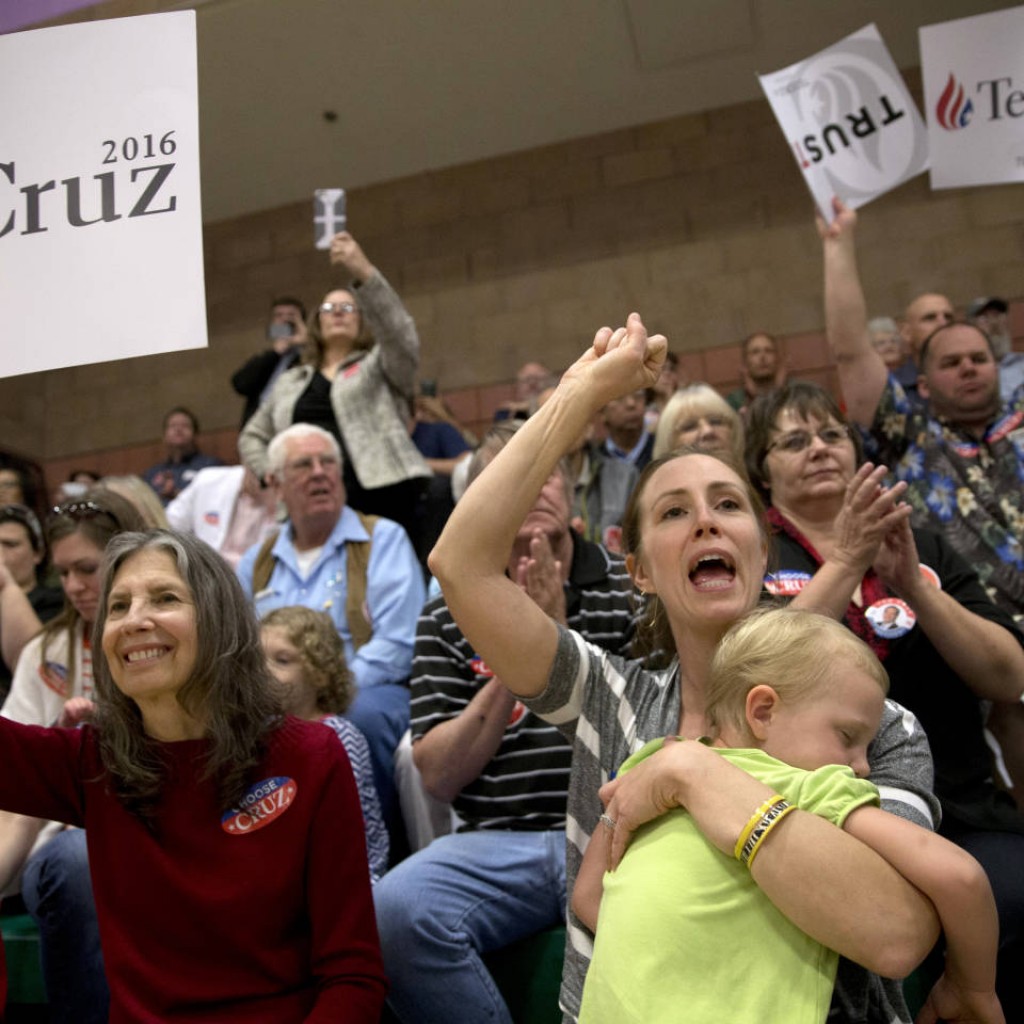 With a population of just 3 million, Nevada became one of the first four states in the presidential nominating process thanks to an effort a decade ago to add more diversity to the early voting calendar.

Nevada is now a frequent stop for candidates in both parties, though it doesn’t draw nearly the amount of campaign traffic seen in Iowa and New Hampshire.

A little history about the Nevada caucuses — which was held for Democrats on Saturday and will take place for Republicans on Tuesday — and a brief description of how the event works:

Eleven states applied to the Democratic National Committee in 2006 for early-state status. Nevada’s delegation pitched the state as a reflection of the country’s changing population. And it didn’t hurt that Harry Reid, the highest-ranking Democratic senator, lobbied for his home state.

Republicans moved their Nevada caucuses up on the calendar so they don’t take place too long after the Democratic caucuses.

Unlike a primary, which involves quick and solitary voting, caucuses generally involve a more public pronouncement of presidential preference. Caucus-goers mainly meet in schools, community centers and places of worship in Nevada’s 17 counties, and give speeches to try to persuade their undecided neighbors.

Republicans have more than 1,700 precincts and more than 130 caucus locations.

Nevada’s weeknight Republican caucuses are the fourth contest in the nation for the GOP, behind South Carolina, which took place last Saturday. Nevada’s late-morning Democratic caucuses held Saturday were third in line for their party, before South Carolina.

WHY ARE CAUCUSES ON DIFFERENT DAYS?

Caucuses are run by the parties, not by any governmental entity, and Democrats and Republicans set their schedules somewhat independently from each other. National and local party officials work together to set the national nominating calendar.

Nevada Republicans didn’t want to hold their caucuses on Feb. 20 because South Carolina had its primary the same day. Holding the two contests simultaneously could force candidates to choose between campaigning in one state or the other.

The party also didn’t want to schedule caucuses next Saturday, just a few days before a dozen states vote on Super Tuesday, because candidates would be more likely to ignore small Nevada and focus on the bigger states casting ballots on March 1.

GOP officials argue that same-day registration opens the process to fraud because people might register and cast ballots in multiple locations before authorities could catch on to double-voting.

Republican caucus-goers can listen to speeches from candidate representatives before marking their favorite candidate on a paper ballot, or they can ignore the speeches and simply turn in their ballot and leave.

GOP caucuses must start after 5 p.m. on Tuesday and end before 9 p.m.

Nevada sends 30 delegates to the Republican National Convention, and they’re awarded proportionally based on how each candidate performs on Feb. 23.

IS NEVADA A BELLWETHER?

In the short history of early and contested Nevada caucuses, voters favored two nomination losers (Hillary Clinton and Mitt Romney in 2008) and one winner (Romney in 2012).

The state is the first substantial test of candidates’ support with Hispanic voters.

WHAT ROLE DOES SHELDON ADELSON PLAY?

The GOP kingmaker and billionaire Las Vegas casino mogul, who spent more than any other donor in the 2012 campaign cycle, hasn’t made it clear which candidate he’s supporting this time around.

An Adelson spokesman said the family won’t discuss their political activities, while the latest Federal Election Commission records show Adelson has so far personally given to both Marco Rubio and Ted Cruz, as well as two candidates who have already bowed out: Jeb Bush and Lindsey Graham.

While some have been tempted to draw parallels with Rubio’s recent endorsement by the Adelson-owned Las Vegas Review-Journal newspaper, the newspaper’s Feb. 5 editorial insists independence from Adelson input, and noted it met with Rubio back in October, before the paper’s secretive, much-scrutinized sale to the family.

Unlike in Iowa, caucuses are not a part of the political fabric of Nevada and political operatives must educate voters on how to participate. Campaigns and parties are holding many training sessions so voters won’t be intimidated by the process.

Republican turnout was paltry in 2008 and worse in 2012, when only 33,000 voted. That’s a far cry from the 182,000 Republican caucus participants this month in Iowa, which is about the same size as Nevada.

Caucus organizers also took three days to release official results from the 2012 Republican contest, after they had trouble with the count.

Other states are eager to snatch away Nevada’s coveted “first in the West” position, and Nevada could lose early state status if organizers bungle the process or if the state continues to post unimpressive turnout numbers.