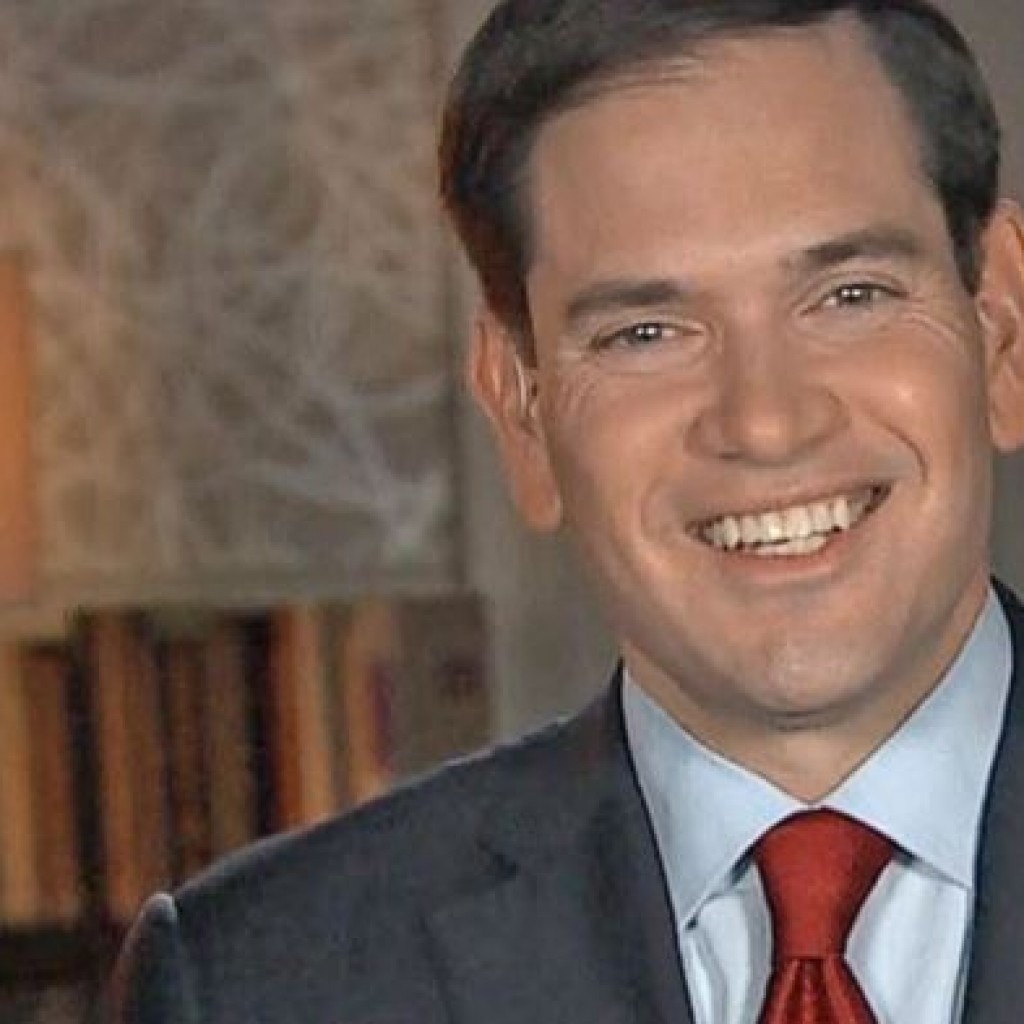 Marco Rubio knew he wasn’t going to win in Nevada on Tuesday night, so he started doing early campaigning in Minnesota and Michigan, two states that are part of next week’s Super Tuesday slate of 11 different contests.

Rubio finished a very distant second to Donald Trump in the Silver State, losing by 22 percentage points, 46 percent to 24 percent. Ted Cruz finished in third place with a little more than 21 percent.

On “CBS This Morning,” Rubio attempted to downplay Trump’s third consecutive primary win by saying that the GOP front runner received less than 50 percent of the vote, less than Mitt Romney‘s total in 2012.

“It shows that a significant number of Republicans, even in Nevada, do not want Donald Trump to be their nominee, but right now, it’s divided up among four people,” he said.

While Ted Cruz leads Trump in his home state of Texas, not a single poll shows Rubio leading Trump in Florida, which votes in its presidential primary on March 15.

The most recent survey from Florida Southern College shows the closest margin to date, with Trump up over Rubio, 27 percent to 20 percent. Previous polls with Jeb Bush included had Rubio down by nearly 20 points to the New York City business titan.

“Well, we’ll win in Florida now that Governor Bush is no longer in the race,” Rubio told CBS’ Gayle King. “Him and I split a lot of the support in Florida, so that will help us.”

Rubio said he has spoken to Bush since the former Florida governor suspended his campaign on Saturday, but that they didn’t discussed an endorsement.

Meanwhile on NBC’s “Today Show,” Rubio was challenged about his strategy of going aggressively after Cruz, but not Trump. He disagreed with the premise, calling it a “media narrative.”

“If you recall in the last debate, Donald Trump said that George W. Bush is responsible for 9/11. I corrected him in a very firm way in front of the entire nation,” Rubio said. “So when instances like that arise, I will not hesitate to point out our differences or what I disagree with.”

Rubio said his attacks on Cruz came only after he was hit first by the Texas senator.