Kevin Rader: Sorry, Michael Weinstein — Kelly Skidmore has stronger ties to HD 81; you should apologize, not attack her supporters 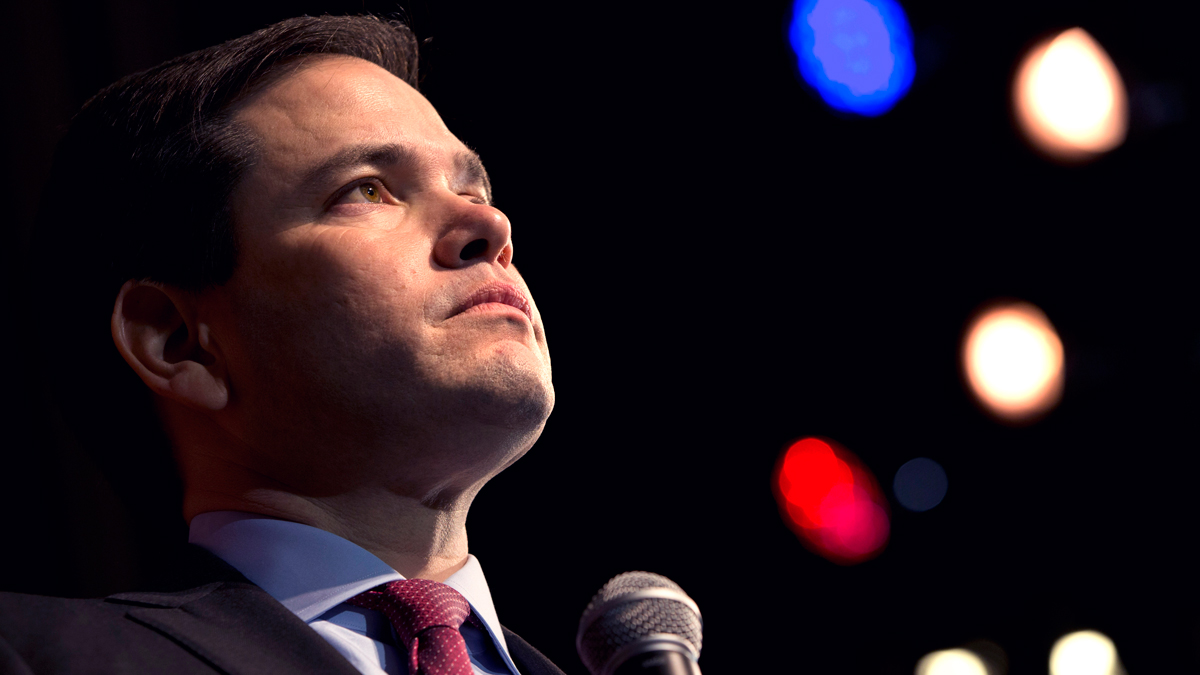 Marco Rubio poses as a national security expert. Perhaps among the Republican contenders, he’s the closest thing they’ve got.

In which case, God help us all.

A Washington Post story over the weekend indicates that Rubio’s interest in national security was just a pose from the beginning. As a rising star in the Florida House, Rubio lobbied hard for a spot on an elite committee to frame the state’s response to 9/11. Then, “He skipped nearly half of the meetings over the first five months of the panel’s existence.”

Perhaps his failure to do diligent background work explains Rubio’s recent comments in support of George W. Bush’s conduct of the Iraq War. Those remarks prove he still needs to bone up on the facts.

Prior to the South Carolina primary, President Bush’s Iraq War was a topic because Jeb Bush — in a last-ditch effort to revive his candidacy — brought his brother to the state for campaign rallies.

Frontrunner Donald Trump hammered at both Bushes with the claim that the 9/11 attacks proved that President Bush had failed to keep America safe. Jeb’s rejoinder was that his brother had kept America safe in subsequent years.

In the last debate before the primary, Rubio leapt to President Bush’s defense. “No matter what you want to say about weapons of mass destruction,” Rubio said, “Saddam Hussein was in violation of U.N. resolutions, in open violation and the world wouldn’t do anything about it. And George W. Bush enforced what the international community refused to do.”

No matter what you say about weapons of mass destruction?

But Rubio thinks it was justified because Saddam Hussein was in “open violation” of United Nations resolutions and “the world wouldn’t do anything about it.”

In fact, the international community was conducting inspections that, had President Bush not prematurely triggered the Iraq war, would have shown that there were no weapons of mass destruction.

U.N. weapons inspectors were on the ground in Iraq right up until they were evacuated to prevent them from becoming victims of “shock and awe” during the 2003 invasion.

The most tragic thing is that by ordering the premature invasion, Bush ruined what might have been a great success. Over the long course of U.N. inspections — dating back to the first Gulf War — Saddam Hussein at times had obstructed efforts to ensure he had no WMD. Bush’s threat to use force was rattling the Iraqi dictator.

Hans Blix, the chief inspector, said in subsequent interviews his team was pretty sure Iraq had no nuclear weapons, but they thought there might be biological or chemical weapons hidden somewhere.

Unfortunately, Bush did not have the patience to let his threat of force work. He did not give the inspectors time to finish their job, which would have prevented a blunder that killed more than 4,000 Americans, untold thousands of Iraqis and cost hundreds of millions of dollars.

All of this is in addition to the fact — which Rubio also ignored — that Saddam Hussein had nothing to do with the attacks of Sept. 11, 2001. By switching the war’s focus from Afghanistan to Iraq, Bush unnecessarily created a bigger geopolitical disaster that is killing Americans and destabilizing the region to this day.

The Washington Post story suggests that Rubio was lackadaisical in attempting to keep Florida safe after 9/11 — and Florida, unlike Iraq, did have connections to those attacks.

Of course, Rubio’s poor attendance in the U.S. Senate is just more of the same. Rubio has posed as a senator just as he posed as a member of the 9/11 committee. He is interested in the shortcut, not the hard work.

An eagerness to act before doing the patient work necessary to understand the facts is what got George W. Bush, and America, into the Iraq mess. Rubio’s similar penchant for rash, uninformed foreign policy is, unfortunately, no pose.