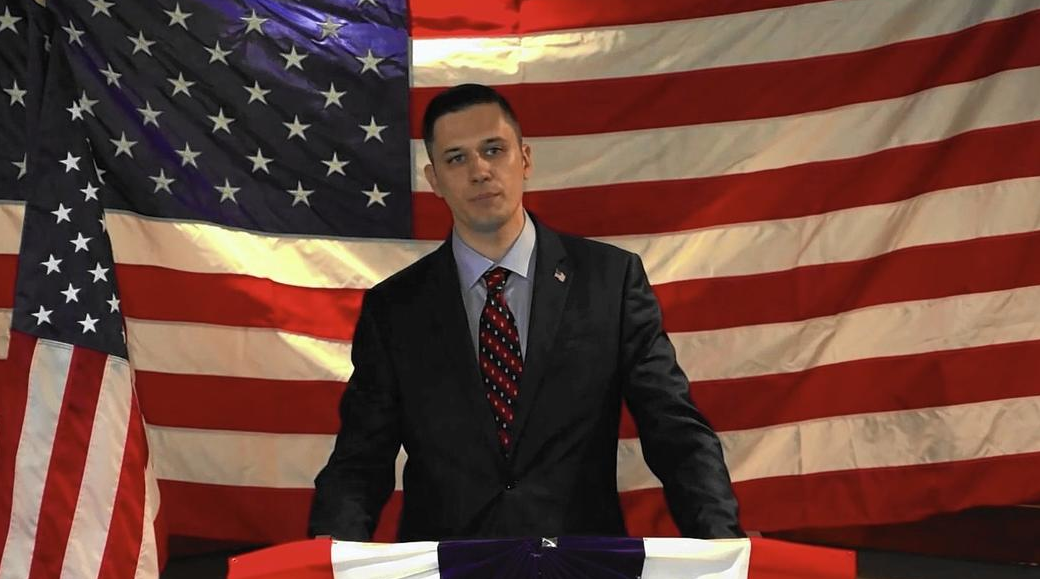 You can admit to drinking goat’s blood, dropping LSD and having rape fantasies, but defend a neo-Nazi and it’s No Canada For You.

Augustus Invictus, the Libertarian U.S. Senate candidate from Florida, said in a press release this weekend he had been denied entry to The Great White North on his way to a Vancouver speaking engagement.

The 32-year-old made headlines when he told the Associated Press he was a pagan who once killed and drank a goat’s blood. He also released his “LSD Journals,” in which he described a fantasy a fantasy of raping a woman he saw in an Orlando bar.

He’s also a working lawyer licensed to practice in four states and federal court. Invictus is running for the seat being vacated by Republican Marco Rubio, seeking the GOP nomination for president in the 2016 election.

The Canada Border Services Agency interrogated him for three-and-a-half hours on Friday, he said, asking “about my affiliation with neo-Nazis, about the charges of Fascism, and about allegations of racism.”

In 2014, Invictus took on the criminal appeal of the former leader of a central Florida neo-Nazi group. The man had been convicted on domestic terrorism charges.

Border agents even “went so far as to order him to remove his shirt to search for tattoos with neo-Nazi symbols, which they did not find,” the release said.

“I was a politician traveling to give a speech, and yet they treated me like a gang member trying to run guns across the border,” Invictus said. “They said that no good could come of my entry into the country because violence would certainly ensue.”

Canadian officials said his mere presence would cause violence, and that was enough to prevent his entry, according to the release. A group of Communists had threatened violence against him, he said.

“So I was prevented from making a speech because Communists made threats of violence against me – and that seems to me to be ass-backward,” Invictus said. “Clearly, the Canadian government values the right of violent protest for Communists more than they value the right of free speech for all.”

“All persons, including Canadian citizens, seeking entry to Canada must present to the CBSA and may be subject to a more in-depth exam, and all persons must demonstrate they meet the requirements to enter and/or stay in Canada,” the agency said in a statement. “Several factors are used in determining admissibility into Canada, including: health or financial reasons, security, or involvement in criminal activity, human rights violations, or organized crime.”