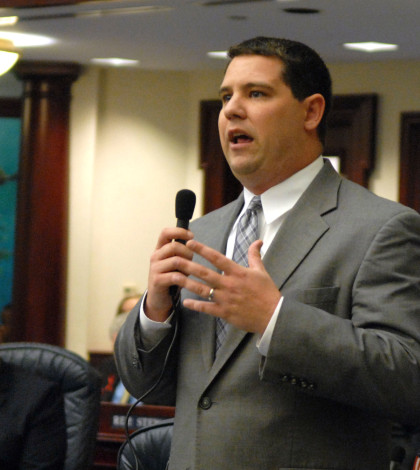 “I am excited to announce my candidacy for the Florida Senate,” said Hutson. “Like the Senators who represented this area before me – Sen. John Thrasher and the late Sen. Jim King – I hold a deep passion for our north Florida communities and want nothing more than to see our businesses and community members thrive for years to come.”

As expected, Thrasher’s resignation has set off a scramble for the senate seat. Rep. “Doc” Renuart, R- announced his candidacy after Thrasher’s confirmation.  Renuart said he was running as a “proud conservative.” Hutson brandished his conservative credentials when announcing his candidacy noting a long list of Republicans for whom he serve on their campaign finance teams including Mitt Romney, Gov.  Rick Scott, Adam Putnam, Pam Bondi, Jeff Atwater, St. Johns County Sherriff  David Shoar, and Reps. Daniel Davis and Travis Cummings.

Derek Hankerson, who ran against Thrasher in the GOP primary, has said he would also run in the special election. Gov. Rick Scott has yet to schedule the election to replace Thrasher.