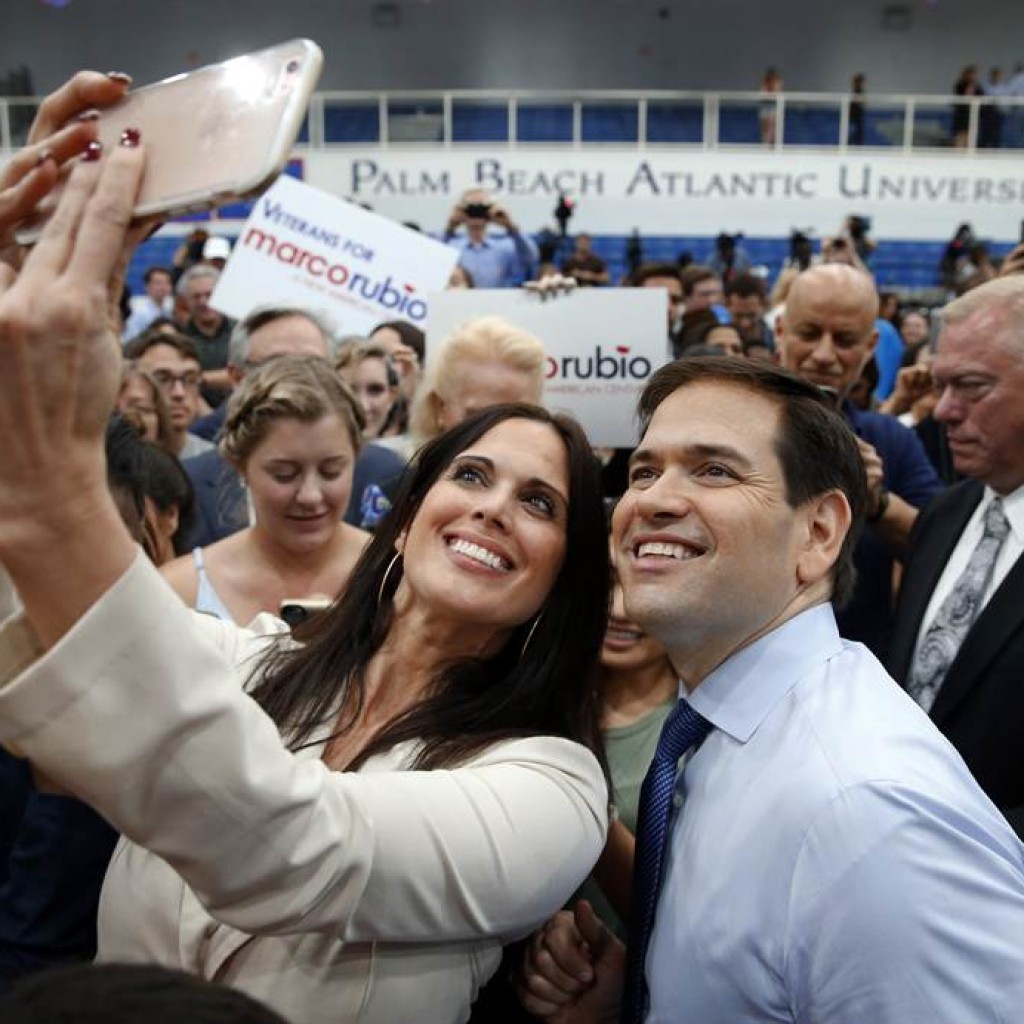 Five more states chime into the rambunctious campaign 2016 conversation on Tuesday, and no one’s listening with greater interest than Marco Rubio and John Kasich, both of them desperate to win their home states and avoid being flattened by Donald Trump‘s steamroller. On the Democratic side, Hillary Clinton is out to reclaim momentum after Bernie Sanders rocked her with a Rust Belt upset in Michigan.

A look at what to watch for in Tuesday’s voting:

The evening’s first results will be available when polls close at 7:30 p.m. EDT in North Carolina and Ohio. North Carolina has lots of early absentee voters, so close to half the ballots could be counted and reported in the first half-hour. Ohio also is a big absentee-vote state, so expect a fast, early count there as well. At 8 p.m., final polls close in Florida, Illinois and Missouri. Since most polls in Florida close at 7 p.m., there will be a lot of votes ready to report right at 8 p.m., allowing for possible early calls on both sides. Illinois and Missouri are slower counting states. First thing in the morning, the Northern Mariana Islands, where 471 people voted, chipped in all nine of its GOP delegates for Trump.

AND THEN THERE WERE …

Will it still be a four-man Republican race come midnight? Sen. Rubio has been staking his candidacy on a winner-take-all victory in his home state of Florida but hasn’t specified what a loss would mean. Ohio Gov. Kasich has acknowledged that a winner-take-all triumph in Ohio is essential for him, but in recent weeks he’s stopped short of explicitly saying he would drop out should he lose. If they can’t win at home, do these two candidates quickly exit stage left, sleep on it before bowing out — or dig up some shred of a rationale to slog on?

Which Trump will turn up for his ritual “press conference” after the votes roll in? There’s the Trump who’s positioning himself for the general election and trying to act more presidential. And there’s the scrappier Trump, still trying to elbow his rivals out of the race. Scrappy Trump could also decide to train his focus on Democratic front-runner Hillary Clinton if she has a good night.

Clinton held off on a full pivot toward the general election after Sanders snatched Michigan from her last week. Tuesday’s results should give her a lot more information — and delegates —to decide when it’s safe to look past Sanders and train her focus on November. Her speech Tuesday night will tell a lot about her thinking on that.

Cruz, too, will have to decide where to focus his attention Tuesday night. Watch to see if he spends more time trying to nudge Rubio and Kasich out of the picture, or takes it to straight to Trump.

Check the GOP delegate count at the end of the night. A five-state sweep would allow Trump to cross an important threshold — stacking up more than 50 percent of the delegates awarded so far. After his win in the Northern Mariana Islands, Trump went into the night’s voting with 469 delegates to 370 for Cruz, 163 for Rubio and 63 for Kasich. It takes 1,237 delegates to win the GOP nomination.

With Democrats continuing to dole out delegates on a proportional basis, see where Clinton’s delegate stash stands at the end of the night. She went into the night with 768 pledged delegates compared with 554 for Sanders, according to a count by The Associated Press. Including super delegates, Clinton holds 1,235 total delegates, more than half the amount needed to clinch the nomination, while Sanders has 580.

Dig into the exit polls to check on whether Bernie Sanders can continue to make Rust Belt inroads with black voters, a huge source of support for Clinton. In his surprise Michigan win last week, Sanders got nearly 3 in 10 black Democratic voters. In earlier states, mainly in the South, he was getting only about half that level of support. Also, check whether younger voters turn out in force for Sanders. In Michigan, 45 percent of Democratic voters were under 45, the most of any state so far, and two-thirds of them supported Sanders.

The exit polls also can give clues about whether late deciders on the Republican side are continuing to break against Trump — and whether there are enough of them to make a difference. So far, about a third of voters have been making up their minds in the past week, and they’ve been splintering among Trump alternatives. A spike in late-deciders moving against Trump could signal concern about the increasingly tense tone between Trump and his supporters, and the protesters at his rallies.