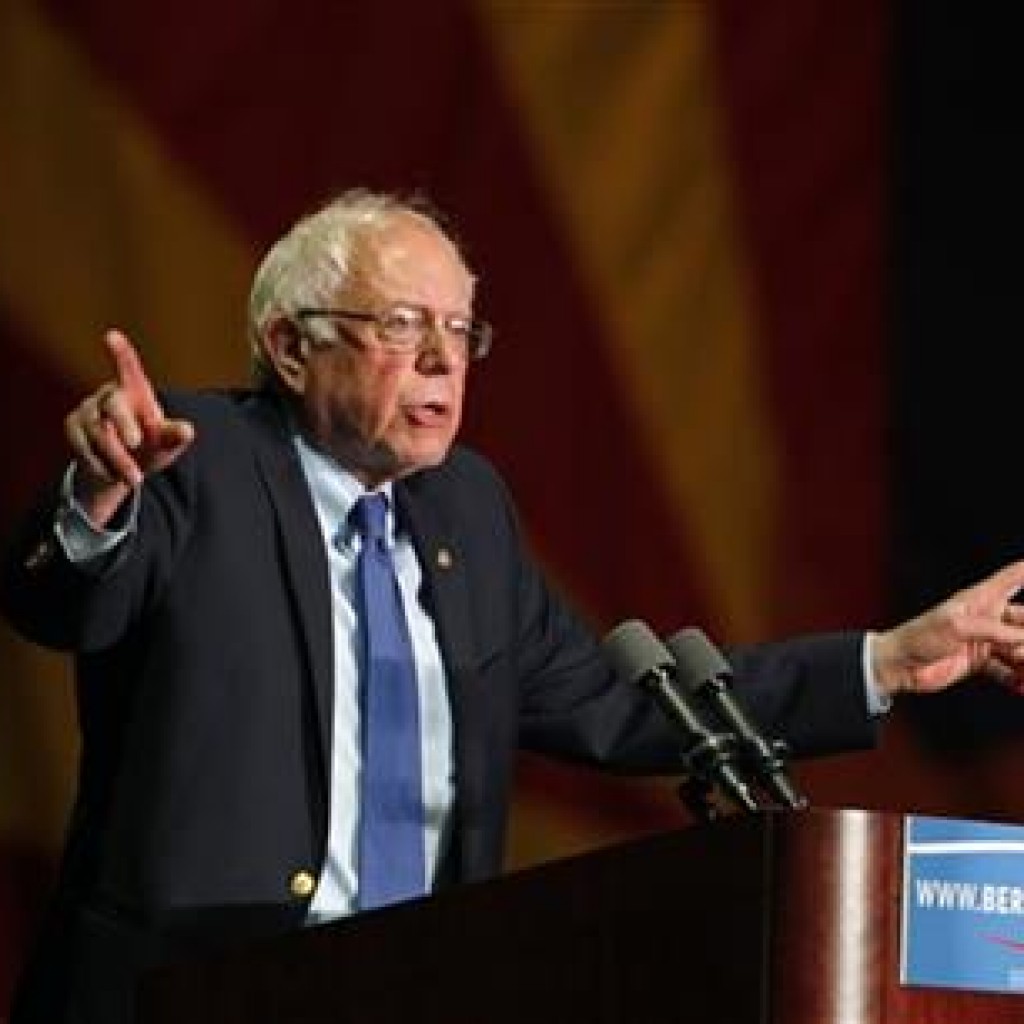 Vermont Sen. Bernie Sanders says he still maintains a “path toward victory” in his Democratic presidential bid against Hillary Clinton, rejecting suggestions that she has all but sewn up the party’s nomination.

“I don’t believe they have an insurmountable lead,” Sanders said Thursday in a telephone interview with The Associated Press from Arizona, where he was campaigning. “Secretary Clinton has done phenomenally well in the Deep South and in Florida. That’s where she has gotten the lion’s share of votes. And I congratulate her for that. But we’re out of the Deep South now.”

Clinton’s campaign pointed to a recent memo by campaign manager Robby Mook, who suggested she has an “insurmountable lead” in the delegate count. The campaign noted its pledged delegate lead of more than 300 is nearly twice as large as any that then-Illinois Sen. Barack Obama held over Clinton in the 2008 primary.

Sanders said in the interview he would not seek a recount of results in Tuesday’s primary in Missouri, saying it was “unlikely the results will impact at all the number of delegates the candidate gets and I would prefer to save the taxpayers of Missouri some money.”

Clinton now has a lead of more than 300 pledged delegates over Sanders from the primaries and caucuses: 1,147-830. When including superdelegates, or party officials who can back any candidate, Clinton has a much bigger lead — 1,614 to 856.

Sanders called his loss in Ohio a “major disappointment,” adding, “I thought we had a chance to win or come close in Ohio and we didn’t.” But he said that while “we know we’ve got a hill to climb,” he was pleased his campaign was able to accumulate more delegates.

He predicted the upcoming calendar of races in several Western states, including Arizona and Washington, and April contests in Wisconsin, New York and Pennsylvania would offer him the chance to catch up.

“We think from now on out, we are having states that, everything being equal, we stand a chance to do well in. We think we have a path toward victory,” he said, pointing to California’s June primary. “We’ve got some big states coming up and we think if we can do well, if we go into the convention with delegates, we’ve got a shot at taking the nomination.”

“These are folks who have waged some very, very strong attacks against me almost every day,” he said, pointing to Clinton’s suggestion he didn’t support the bailout of U.S. automakers or had attacked Planned Parenthood.

“We have never run a negative ad. But not to discuss Secretary Clinton’s record, well, that’s what a campaign is about. She can disagree with me on the issues. We will express our disagreements,” he said.

Sanders said he fully expects the party to unite after the primaries. “I think every sensible person in this country knows that it would be an incredible disaster for the United States to allow a Donald Trump or Ted Cruz to be president,” he said.

“So I am fully confident that people will come together to defeat whomever the Republicans bring up,” Sanders said.