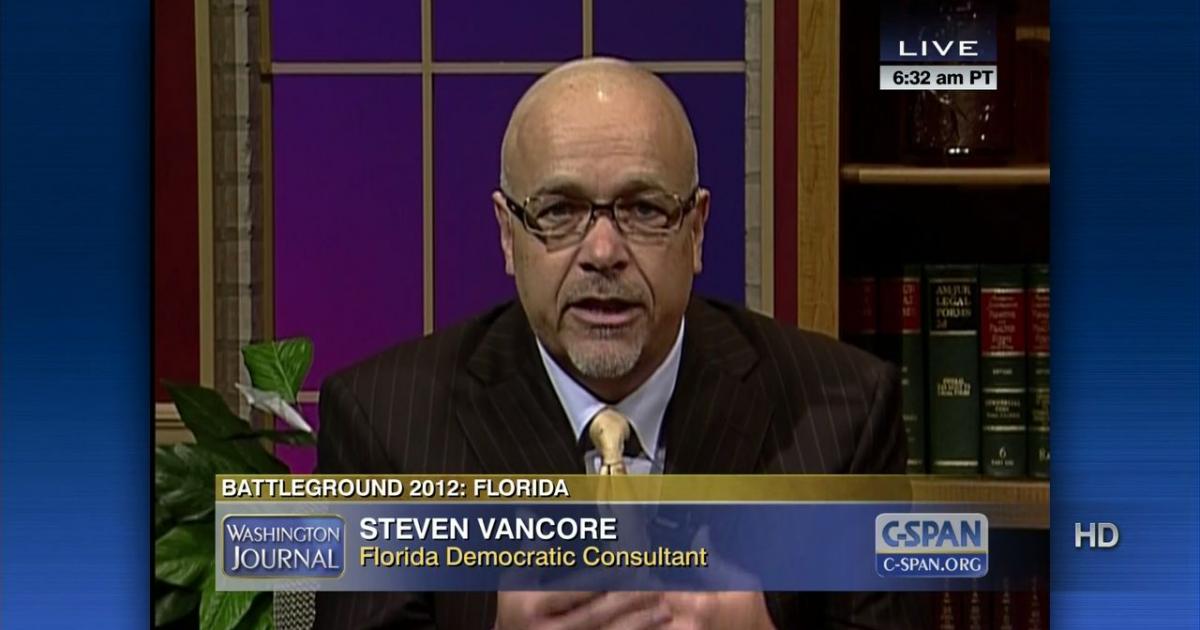 One of Florida’s brightest political minds is headed into The Tiger’s Den.

Steve Vancore is scheduled to speak to the Suncoast Tiger Bay Club about how state election laws prohibit great numbers from participating in the political process, and how it may get even worse on April 15.

The Tallahassee pollster and political analyst will give an address he’s calling “Voters Keep Out” before taking questions from members at the Tampa Bay political club’s monthly luncheon.

Vancore will bring his wealth of knowledge from about 30 years in the electoral and legislative process to bear on current issues. Discussion points will include voting rights restoration, the state’s closed primary system, and the growth of alienated voters choosing to affiliate with neither major party, among others.

The topics remain as relevant as ever: State lawmakers continued to tinker with issues such as primary delegate apportionment in 2016. Just a few years back, the administration of Gov. Rick Scott gained national headlines when it reportedly “purged” thousands of Floridians with similar names to felons or who changed addresses from the voter rolls.

FloridaPolitics.com has called Vancore one of its “Brightest Minds in Florida,” and POLITICO Florida has said his data and survey work “produces some of the state’s best polls.”

Vancore, founder and head of ClearView Research and VancoreJones Communications, will speak to Tiger Bay members at the St. Petersburg Yacht Club near downtown St. Pete from noon until 1:15 on April 15. RSVP a spot at the event here. Tickets are $25 for members or $35 for guests.