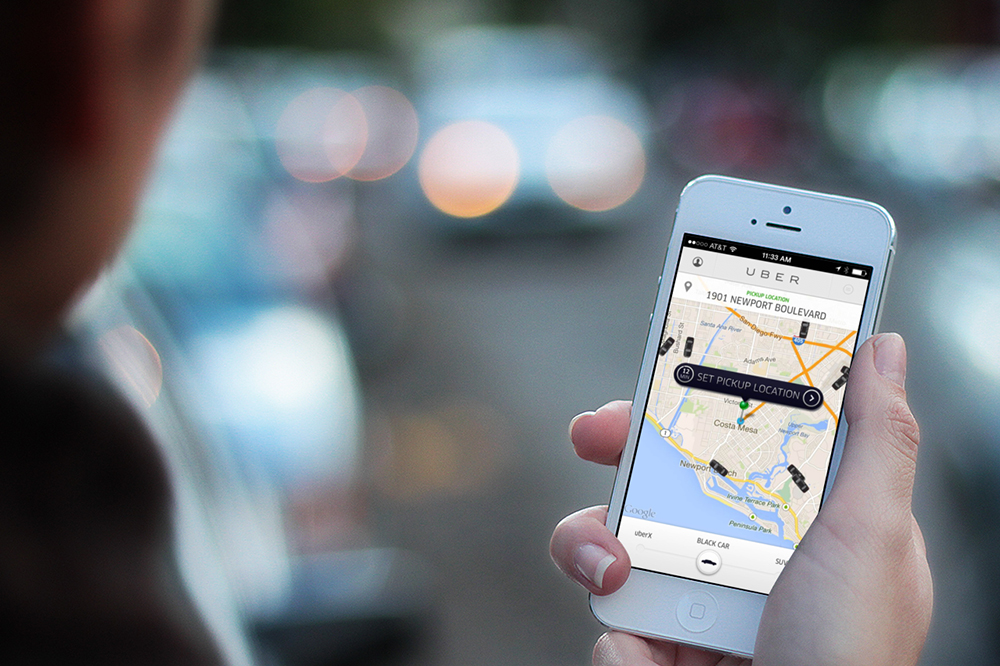 In recent weeks, agents with the Hillsborough County Public Transportation Commission (PTC) have resumed citing Uber and Lyft drivers for being out of compliance with the agency’s regulations. And after the Florida Legislature failed once again to address insurance and background regulations regarding such ridesharing companies earlier this  year, the PTC conducted an initial workshop last month to begin creating a new regulatory framework that applies equally to both Uber and Lyft, as well as the existing taxicab industry.

PTC executive director Kyle Cockream has insisted that his intention is to make sure that both modes of transportation can work safely and legally within the county, with rules applied fairly to both.

But Uber officials are questioning his impartiality after Cockream spent two days last week about 200 miles away speaking to Palm Beach County commissioners about the ridesharing companies, at the invitation of a head of a Palm Beach taxicab firm.

Like Hillsborough County, Palm Beach County has been struggling the past two years to come to an agreement with Uber and Lyft on policies regarding insurance and background checks. The issue was on the commission agenda this past Tuesday.

In an interview with FloridaPolitics.com on Friday, Cockream said he met privately with “two or three” such commissioners in private on Monday, before speaking at the commission’s meeting Tuesday.

He said he was in West Palm Beach last week for four days “on personal business,” but was invited by Brock Rosayn, who runs Metro Taxi in Palm Beach County, to address Palm Beach County commissioners about ridesharing issues such as insurance and background checks. He also said he received an invitation from an official with the Florida Limousine Association whose name he couldn’t remember, and a third person employed with the Palm Beach County government he wouldn’t identify.

“I was invited to come and be a resource about public safety,” he said, emphasizing that it was on his personal time, and not on the PTC’s. He said he saw no conflict of interest in meeting with commissioners at the behest of the taxicab industry. “If I was concerned about the perception, I never would have gone on a live broadcast.”

After the PTC announced last month it would resume citing Uber and Lyft drivers, a sting operation resulted in citations for 30 Uber and Lyft drivers. At the time, Cockream contended that the drivers or cars that arrived to pick up passengers requesting rides weren’t the same as those reported to the passengers by the ridesharing apps. It’s a charge Uber vehemently denies. An Uber spokesman said at the time that the PTC should provide proof of those cases to the company.

Cockream discussed that issue specifically with Palm Beach County Commissioners in his public testimony. But he emphasized again last week that “my message was clear. I don’t think that Uber is intentionally doing that. In the general concern of public safety, it’s one of those things that people need to be aware.”

Cockream says he has spoken in front of other audiences to give testimony about his experiences in dealing with the ridesharing issue, but says he’s not a tool of the cab industry. He says if Uber ever asked him to address an audience like those in the taxicab industry have, he would gladly do so.

Cockream was seen sitting next to Lou Minardi, pesident of Yellow Cab in Tampa, at the county commission meeting. Cockream denied he was with Minardi. “I was not there with Lou,” he said.

Bill Gibbons, a spokesman for Uber, says Cockburn’s meeting with Palm Beach County commissioners at the invitation of an official with the taxicab industry in Palm Beach County is a clear conflict of interest.

“Mr. Cockream was lobbying on behalf of the taxi industry, at the invitation of a taxi owner, and alongside the President of the largest taxi company in Hillsborough County against sensible ridesharing regulations proposed by policymakers in a jurisdiction 200 miles away,” Gibbons wrote in an e-mail. “If that’s not clear evidence of a conflict of interest, I don’t know what is.”

At the Board of Palm Beach County Commissioners meeting last week, two board members questioned why Cockream was even there.

“Mr. Cockream, how did you come to be here today at this meeting? Did you just hear about it and decide to drive across the state?” Mayor Mary Lou Berger said. Cockream said he was there to serve as a “resource,” and referred to his previous 29 years in law enforcement before becoming the PTC chairman. “I know about as much as fingerprinting … as anyone in this room.”

“We’re conducting this like a trial, and Mr. Cockream is acting like an expert witness, and we’re relying on his testimony,” he said. “We’re talking about the ordinance, not about what’s going on in Tampa and Hillsborough County, and let’s stick to the ordinance.”

Cockream said he met with two or three commissioners this past Monday, specifically identifying Commissioners Stephen Abrams and Shelley Vana.

In an e-mail, Abrams told FPC that “we did meet along with some others who are involved in the vehicle-for-hire industry,” though he said he could not recall who those people were. A contact log for the 12th floor of the Palm Beach County government building for Monday, April 4, shows Cockream signing in, with his signature just below that of Rosayn, attorney Neil Schiller who represents Yellow Cab of Palm Beach County, and Minardi.

The log shows that all three men said they were there to see Commissioner Vana. Vana was out of the office on Friday and did not return our call for comment.

The log also shows that later in the day Ellyn Bogdanoff, a former state legislator and now lobbyist for the taxicab industry in Palm Beach County, signing into visit Commissioner Abrams.  Cockream says he did not meet with her. “She was in one or two of the rooms that I was in, she was speaking with council members. I did not meet her. “

The PTC meets Wednesday for its monthly board meeting. On the agenda includes this: “Palm Beach County – TNC Ordinance.”