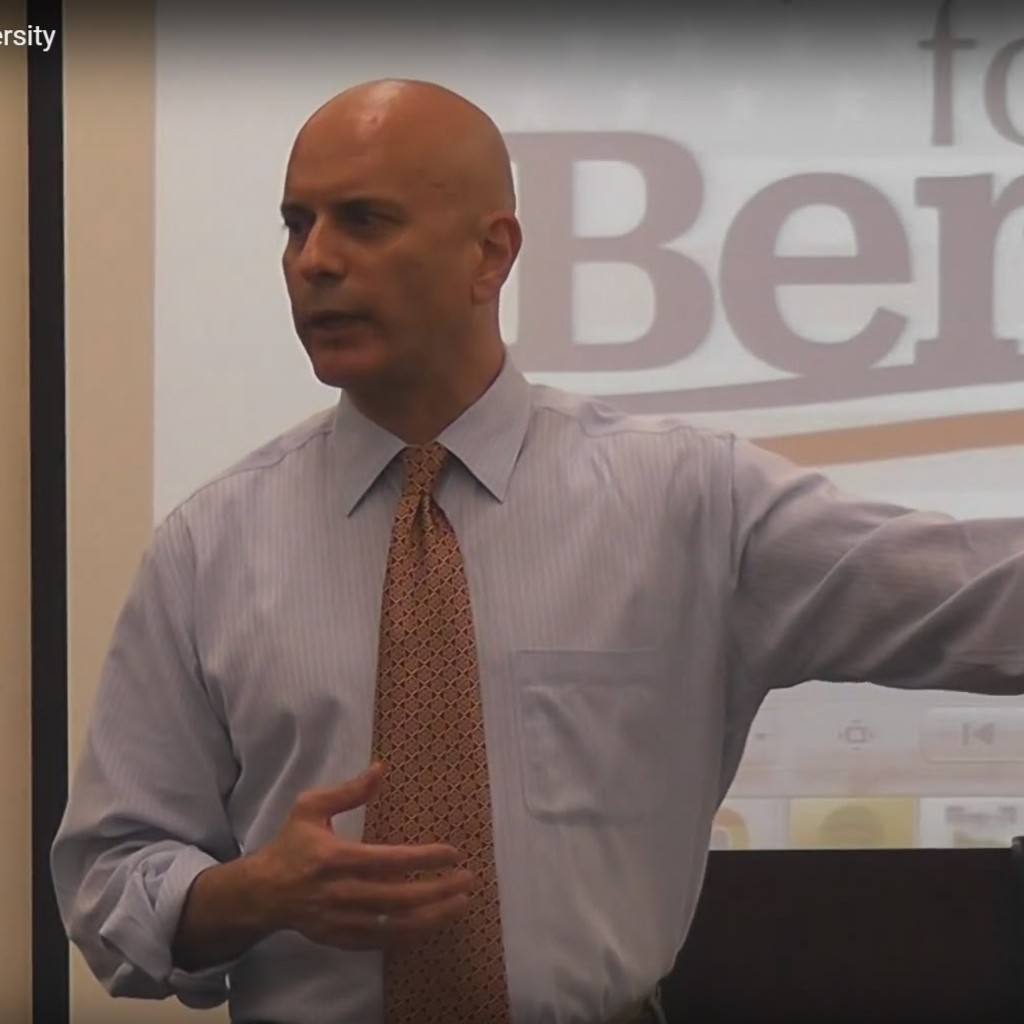 When Tim Canova, a law school professor and political activist, pressed his south Florida congresswoman to vote against fast-track trade legislation last summer, he said he got the brush off from her staff.

Angered over the experience and a lawmaker he viewed as having a less than progressive voting record, the constituent turned the political tables on one of the Democratic Party’s most powerful leaders, Rep. Debbie Wasserman Schultz. He decided to run against her.

Until this week, Canova’s long-shot campaign to unseat the Democratic National Committee chairwoman and six-term lawmaker had gone largely unnoticed. More than $557,000 in first-quarter campaign contributions changed the conversation about the primary in the Democratic-leaning congressional district.

Canova’s campaign mirrors that of Democratic presidential candidate Bernie Sanders. The New York transplant is declining corporate or PAC donations and wants to go to Washington to “save our democracy” by getting money out of politics. More than 18,000 donors, mostly from outside Florida, gave his campaign an average of $20.

Now the story of a ticked-off constituent challenging his congresswoman seems less improbable and more intriguing in an election year that has confounded conventional political wisdom.

Some suggest Canova, 55, could follow the footsteps of another university professor, Dave Brat, a Republican newcomer who in 2014 toppled then House Majority Leader Eric Cantor in a primary in Virginia, stunning the GOP and the political establishment.

Wasserman Schultz, through a campaign spokesman, declined to comment for this story.

Despite the big fundraising haul, Canova faces a daunting task to defeat a strong a Jewish Democratic incumbent in a district dominated by Jewish and Hispanic voters, where U.S. relations with Israel and Cuba are debated as often as jobs and the economy.

He’s also up against a politician who is a fundraising powerhouse, has President Barack Obama’s endorsement — he called her a “strong, progressive leader in Congress” — and has two decades of public service in south Florida.

Undeterred, Canova, a former congressional aide to the late Sen. Paul Tsongas, D-Mass., and a law professor at Nova Southeastern University, sees his opponent as beholden to corporate special interests and having a voting record that’s out of touch with the south Florida people she represents.

“She’s a corporate Democrat,” Canova told The Associated Press in an interview at an outdoor cafe near his modest storefront campaign office in Hollywood, Florida. “She’s been taking millions of dollars from the largest corporations and voting in their interests and not in the interests of her own constituents.”

In campaigning against Wasserman Schultz, Canova is borrowing plenty from Sanders’ playbook. He’s a longtime supporter of the Vermont senator and once advised him on reforming the Federal Reserve.

Asked Sunday about Canova on a Miami public affairs TV show, Wasserman Schultz, 49, would not directly talk about him. Instead, she spoke about her long record in Congress and as a state lawmaker in Tallahassee. She was 26 when first elected to the legislature.

“I’m running today for re-election for the same reason that I ran then, and that is to be a voice for people who don’t have a voice,” she told CBS-4’s “Facing Sunday with Jim DeFede.” ‘’I have pretty much grown up my whole adult life in front of my constituents and I think they know and trust that I have had their back.”

Canova supports ending the U.S. embargo on Cuba but believes it must be done “in stages.” He said “trade liberalization needs political liberalization.” He thinks the landmark Iran nuclear agreement was filled with “holes” and that it was wrong to give Iran access to $100 billion in frozen assets.

He criticizes Wasserman Schultz for voting to give the president trade promotion authority, a move Canova said will destroy U.S. jobs by sending them overseas; supporting a bill that would block tougher regulations of short-term, high-interest-rate “payday” loans, which he said prey on the poor; and opposing Florida’s 2014 medical marijuana ballot initiative, a measure that nearly won the required 60 percent approval to become law.

Wasserman Schultz’s campaign, however, has reported raising more money than Canova in the first quarter. They collected $614,000 from nearly 7,000 donors. Like Canova, most came from outside Florida. The average donation: $89.

Among his supporters are district voters like Jennifer Perelman, 44, of Davie. She’s voted for Wasserman Schultz since she was first elected in 2004. Over the years, however, she has felt “forced to vote for her” because there was no alternative.

A self-described “bleeding heart” liberal Democrat, Perelman even considered voting for a Republican in 2014 and 2012 because she believes Wasserman Schultz “is bought and paid for by corporate special interests” and “no longer listens to her predominantly liberal constituents.”

nextMitch Perry Report for 4.12.16 - Will anyone question the NY Yankees/Steinbrenner field $40 million upgrade?