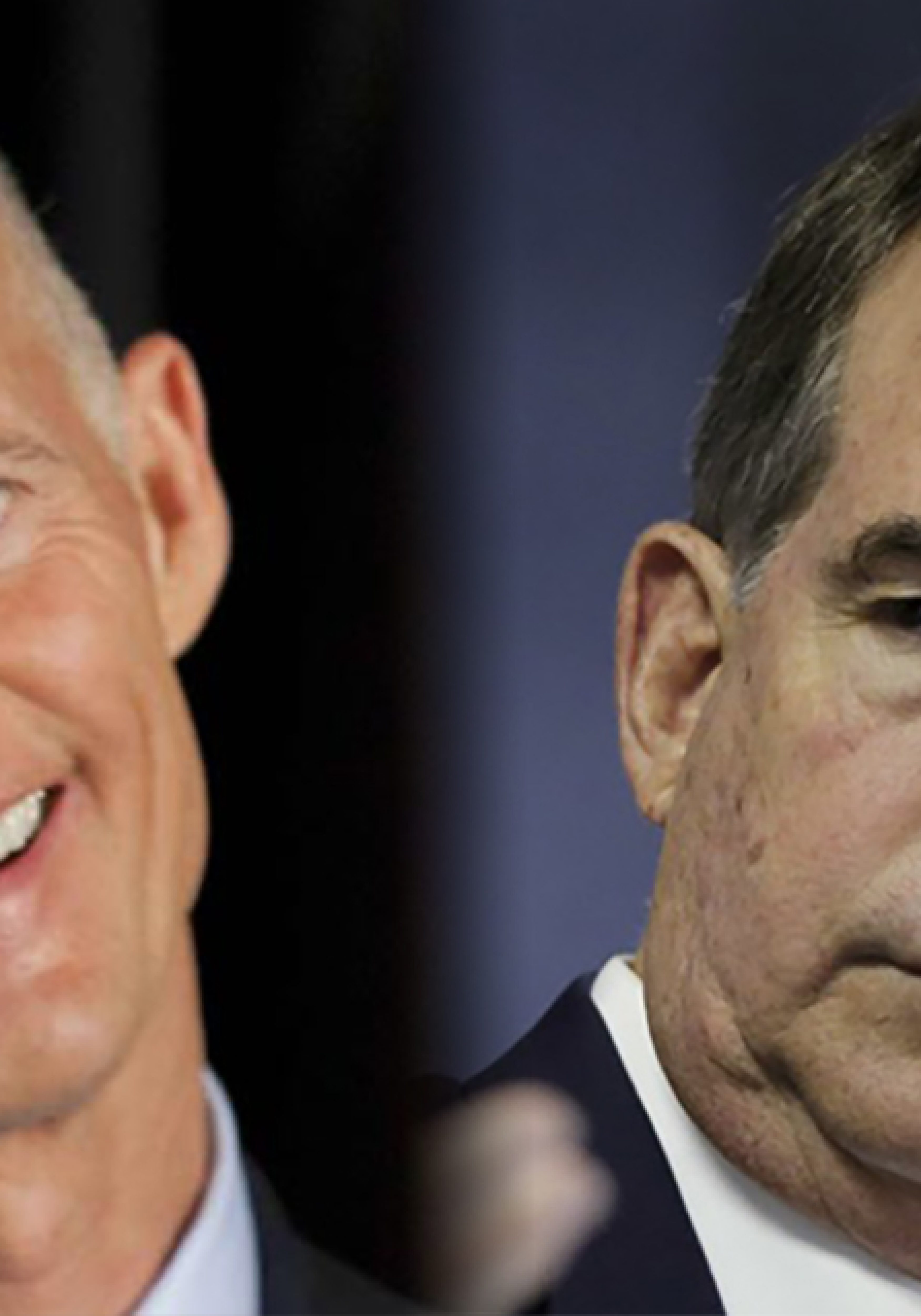 Thanks to an arcane state law, Florida could enter hurricane season with no one firmly in charge of the state agency responsible for regulating the state’s at-times fragile insurance industry.

The reason? The two Republican elected officials responsible for picking a new commissioner are locked in a stalemate over who should be hired to replace outgoing Insurance Commissioner Kevin McCarty.

Gov. Rick Scott and Chief Financial Officer Jeff Atwater have been backing rival candidates for the job, which has delayed a final decision. The governor and the three members of the Cabinet must vote on the position, but state law allows Scott and Atwater to individually veto the choice.

“When you think of the consequences of this choice every Floridian would want us to be thoughtful,” said Atwater. “It may take a bit longer and that’s ok.”

The job of insurance commissioner in Florida is crucial because the person regulates an important industry in a hurricane-prone state. The selection of a new commissioner has triggered a furious behind-the-scenes lobbying effort among those aligned with various parts of the industry. The final pick could earn as much as $200,000 a year.

McCarty has been on the job for 13 years, including a time when the homeowners insurance market nearly collapsed following the state getting hit with eight storms over a two-year period. Right after being re-elected in 2014 Scott said he wanted to replace McCarty, but Atwater didn’t support the move at the time.

McCarty finally announced his resignation in January of this year and was supposed to leave on May 2. But last week he offered to stay on the job until 45 days after a new commissioner is picked. Hurricane season begins June 1.

At a recent meeting of the Cabinet, Atwater suggested the state hire State Rep. Bill Hager, a GOP legislator from Boca Raton and a former Iowa insurance commissioner. But Scott refused to go along and has instead touted Jeffrey Bragg, who worked for the U.S. Treasury for 11 years as the executive director of the terrorism risk insurance program.

Jackie Schutz, a spokeswoman for Scott, said recently that Bragg’s public and private sector experience “make him an ideal candidate to serve Floridians.”

But criticism has been aimed at both candidates.

Hager sponsored legislation that would have reduced the size of Florida’s state-created fund that provides financial backing to insurance companies. The bill failed amid concerns it could have resulted in rate hikes for consumers.

Bragg’s record, meanwhile, has also come under scrutiny after the Palm Beach Post reported that he had been accused of misleading investors in a flood insurance venture. Bragg blamed the lawsuit on investors being upset that a stock had not performed as well as they expected.

Scott and the Cabinet are expected to interview both Bragg and Hager a second time this week. Atwater also asked two other candidates, including McCarty’s current chief of staff, Belinda Miller, to also be considered at the same meeting.

Atwater conceded he’s not sure if a new commissioner will be selected, but he added he doesn’t want the process to “drag out” much longer.

previousBlaise Ingoglia: Want to be a delegate to the Republican convention?

nextRising number of Florida children skipping out on shots