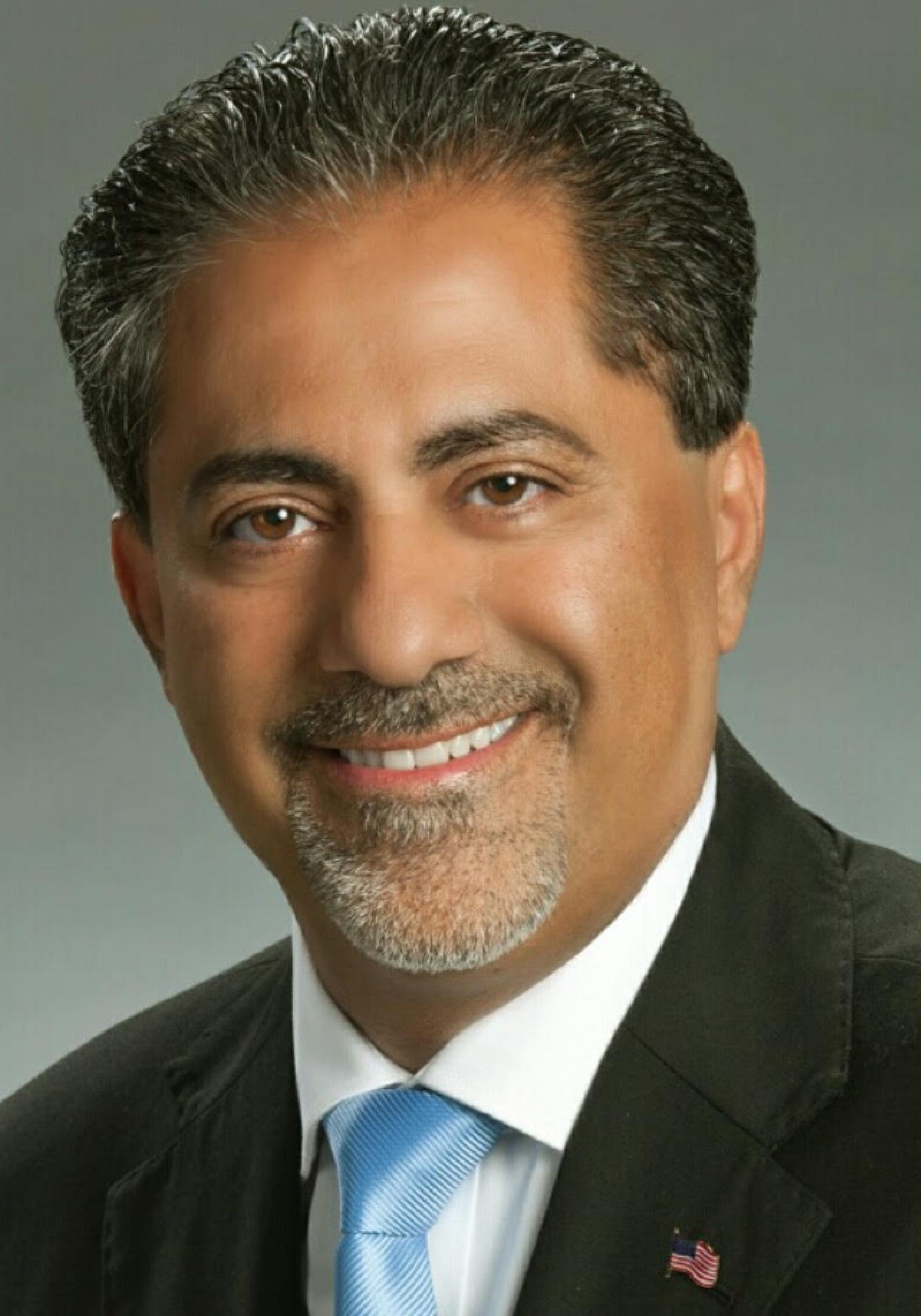 Tony Khoury describes himself as part the elite 1 percent of earners in America but says, unlike many of his cohorts, he welcomes paying additional taxes for being lucky enough to have so much.

“I still believe I always have to pay my fair share,” which currently for him is at the 39.6 percent level, the highest in the IRS code for individuals.

The 57-year-old Middle Eastern immigrant is an American success story. After arriving in the U.S. at the age of 17, he earned an undergraduate degree in Aerospace Engineering and a masters in Biomedical Engineering from the University of Miami before he ultimately created two aviation companies.

Now retired, he wants to apply his skills and knowledge into becoming a U.S. Senator for Florida – as a No-Party-Affiliated, or independent, candidate.

“They need new ideas, they need fresh ideas, they need somebody who would not be beholden to either party,” he says if he were elected into what used to be called the “World’s Most Deliberative Body.” To call it his quest quixotic might not be a reach, since his name recognition is virtually zero at this point in the contest.

Then again, surveys by reputable polling firms in Florida show most Floridians have never heard of Ron DeSantis or Patrick Murphy, so maybe it isn’t that exotic. Nevertheless, Khoury certainly isn’t cynical. In fact, when it comes to being a political independent, he’s actually more in sync with where the American electorate appears to going in recent years.

“There’s 3.2 million people in Florida who are registered voters who are with no party affiliation, and it’s grown over the last 10 years by 50 percent,” Khoury correctly notes. He says the American public is tired of “strict” partisanship. “We have to agree on certain issues that are good for America, but unless it’s your own party idea, you’re told you cannot vote on it.”

Khoury supports an open primary system in Florida that would allow independent voters like himself to participate in primary elections. Currently, Florida is a “closed” primary state, with voters required to register as a Democrat or Republican 29 days before voting in a primary election.

But just because there are more and more independent voters doesn’t mean that they do (or don’t) support independent candidates, who have a far harder time getting their message out.

While everyone who follows politics knows who Murphy and Alan Grayson are, for example, most don’t know anything about Pam Keith, a registered Democrat in the race who has never held political office previously.

The Coral Gables resident used to be a registered Republican. On issues like Medicaid expansion he takes a progressive point of view, saying that while he loves the job Gov. Rick Scott is doing in bringing more jobs to the state, it was “wrong” of him not to push for taking the federal money to allow an estimated 850,000 more Floridians to get health care.

On the minimum wage, he’s up for raising Florida’s rate of $8.05 an hour to $10 or even $12. Wal-Mart’s announcement in January that they would be boosting its minimum wage in February to $10 an hour, he contends, is a rebuke to CEOs and others in business who declare such a hike could prove to be deleterious to their bottom lines.

Despite those progressive views, Khoury is supporting Donald Trump for president. He says he can relate to Americans’ desire for a successful businessman to lead the nation, and says he doesn’t support some of the New York City real estate magnate’s more provocative comments on Muslims and Mexicans.

Reacting to GOP Senate candidate Carlos Beruff’s comment earlier this week on allowing Syrian refugees into the U.S. (Beruff said, “I don’t think it’s safe to allow anybody from the Middle East into this country.”), Khoury takes a contrarian view, saying it’s extremely important to vet such people; but otherwise, why not?

“I’m an immigrant,” he says. “I come from Jerusalem. I’m a Palestinian immigrant who came into this country.”

There are three Republicans and two Democrats running for senate in Florida who currently hold other elected positions in state or federal government, and Khoury doesn’t like that, claiming it’s a violation of Florida Statute 9.012, regarding the state’s resign-to-run law. However, that law was changed by the GOP-controlled Legislature and enacted in 2007, allowing federal candidates to hold one office while campaigning for another.

Khoury is embittered about what he says was the free publicity David Jolly has been able to engender with his Stop Act proposal, which would ban federal office holders from campaigning for financial contributions. He says Jolly and the other current office holders get an unfair advantage over unelected officials.

“Look at David Jolly,” he says. “He was on ’60 Minutes’ the other day. He’s been a congressman for two years now, and last week he gets the brilliant idea of creating the Stop Act, to stop congress from dialing for dollars. Really?” (Jolly introduced the legislation in January).

You can learn more about Tony Khoury’s candidacy at his website.