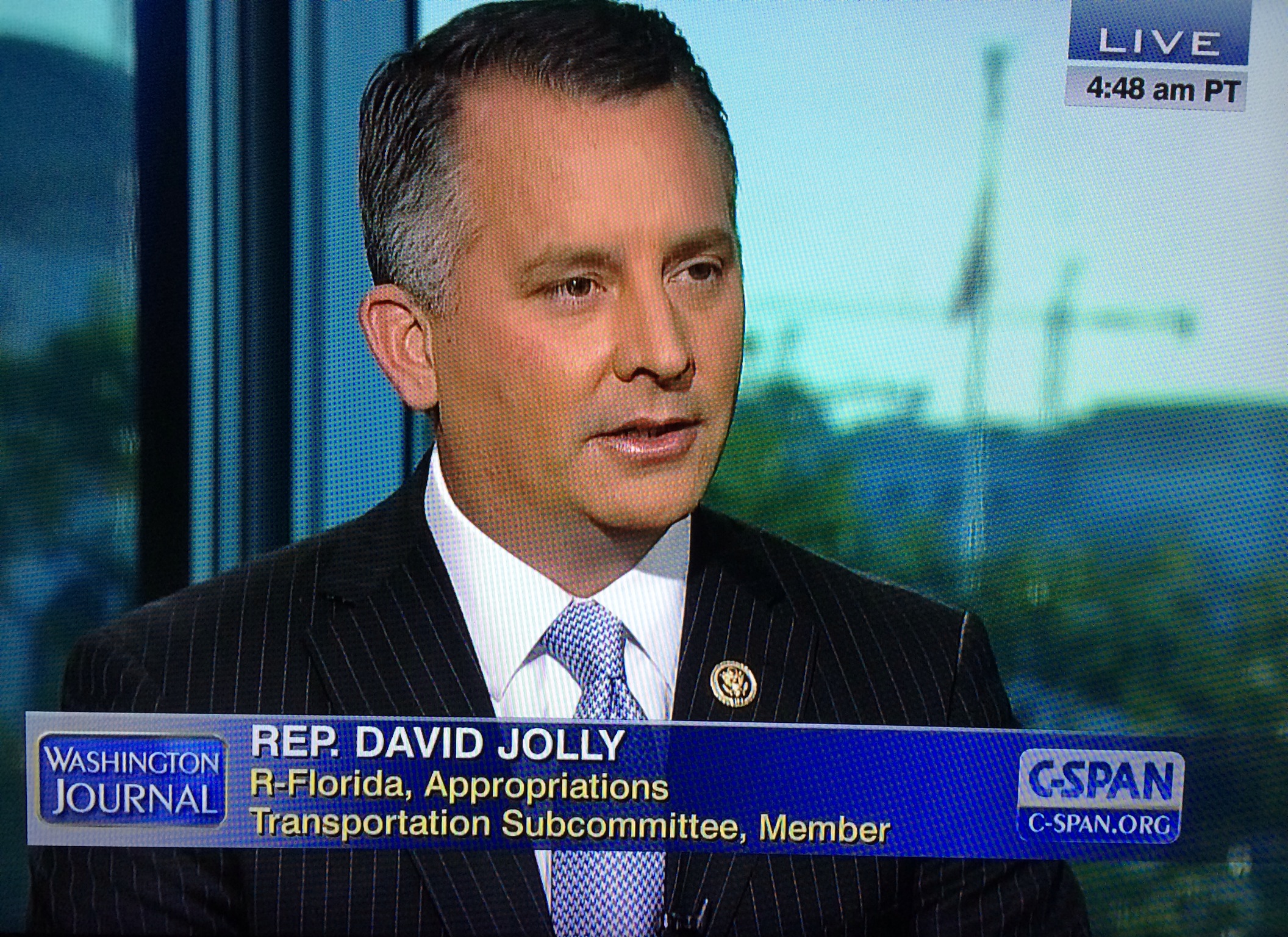 David Jolly is at war with a part of his own party.

The National Republican Campaign Committee is pushing back hard on that “60 Minutes” piece that aired Sunday featuring the Pinellas County congressman, and specifically his legislation that would ban federal office holders from raising campaign contributions.

In a letter penned by NRCC Executive Director Rob Simms to CBS News’ Norah O’Donnell, Patricia Slevin and Miles Doran, the NRCC says that Jolly lied when he told O’Donnell that he was told at a meeting shortly after being elected that he needed to raise $18,000 every day.

“Simply put, this meeting never happened,” Simms writes. “It is a work of fiction. Had the reporter or producer of the story bothered to verify this claim, they would have been told as much.”

The letter was made public in a story written by POLITICO Friday afternoon.

Jolly’s congressional office denies Simms statement outright, and they say they have the exact time and date when Jolly was told by “party leadership” the directive that he was going to have to raise $18,000 per day.

“In response to the NRCC’s broadside to the credibility of Rep. David Jolly, and in response to the Executive Director’s bold assertion that a meeting with party leadership directing Rep. Jolly to raise $18,000 per day did not occur, we can confirm the date was April 3, 2014, the time was 5:30 p.m., the location was the NRCC’s Political Conference Room on the Second Floor,” writes Preston Rudie, Jolly’s communications director, in a statement to FloridaPolitics.com. “Out of respect for those involved, Rep. Jolly has intentionally left out names of participants since the beginning of this story, but if the NRCC wishes to escalate their denial, we are happy to provide additional information regarding the meeting.”

Simms takes several shots at Jolly in his letter to CBS News, writing that the NRCC raised over $2 million in his special election victory over Democrat Alex Sink in March 2014, “significantly more than the congressman raised and spent on his own behalf.”

And he makes explicit what some of Jolly’s GOP senate opponents have said about The Stop Act since he first introduced it three months ago – that it’s purely a publicity stunt to cover over the fact that he is struggling to compete financially with some of his other opponents in fundraising.

“Why is it important for your viewers to see a congressman condemning a committee largely responsible for his election?” Simms writes. “Because it would have shed a light on the likely intentions behind his legislation – a publicity stunt to designed to help a lagging and underfunded Senate campaign.”

The proposal immediately won plaudits in editorial pages throughout Florida and even around the country, but has not collected much traction on Capitol Hill. On Thursday two Democratic members of the House, Florida’s Alan Grayson and Pennsylvania’s Brendan Boyle, signed on to the legislation, giving him eight co-sponsors to date.

Jolly has done well in most polls so far regarding the five Republicans in the Senate race. Because of his lackluster fundraising, however, rumors have percolated this week that he might contemplate running again for his CD 13 seat that he announced last summer he was vacating. His senate campaign team has vehemently denied those rumors.