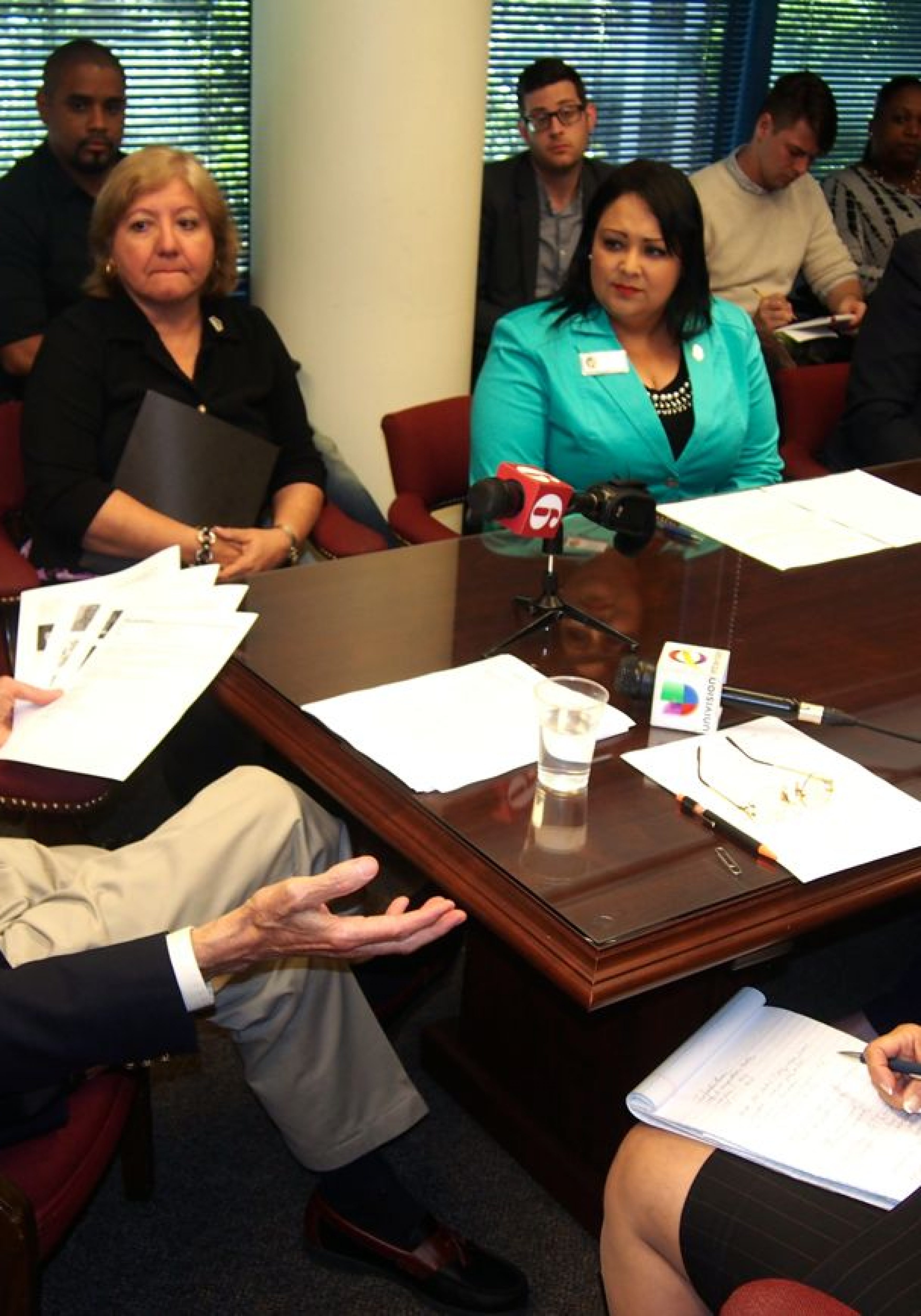 Florida’s U.S. Senator Bill Nelson said Friday that Puerto Rico faces a Zika virus public health emergency and he believes the $1.9 billion emergency fund he sponsored will get through the Senate.

The Democrat from Orlando also said he is working side-by-side with Florida’s Republican U.S. Sen. Marco Rubio to convince Congress that the mosquito-borne disease that causes devastating birth defects must be addressed now, with an imminent public health crisis in Puerto Rico — and Florida possibly next.

So far that bill is stalled.

“This is an emergency,” Nelson said Friday, meeting in his Orlando office with a group of Puerto Ricans including former U.S. Surgeon General Dr. Antonia Novello, Orlando City Commissioner Tony Ortiz and Osceola County Commission Chairwoman Viviana Janer. “It is being ravaged by the Zika virus. “I hope when we get back into session on Monday that there will be a changed attitude.”

Nelson said he believes he has convinced U.S. Sen. Orrin Hatch, a Utah Republican who chairs the key Senate Finance Committee, that the bill carrying the Zika response money proposed by President Barack Obama, should go through. Nelson said Hatch has a few ideas he wants in it, such as an oversight board,  and understands the crisis, particularly in Puerto Rico.

“Puerto Rico is in a world of hurt right now,” Nelson said. “There is an estimate by some of the health agencies that up to 20 percent of Puerto Rico’s 3.5 million population could be infected” by the end of this year.

And with that prospect, Novella said, there is the risk that 6,000 babies could be born in the next year with a small-brain defect called microcephaly, as well as other severe fetal brain defects.

The U.S. Centers for Disease Control reports that there have been at least 631 cases of Zika, all but two contracted on the island.

And Puerto Rico already is suffering from an economic crisis that is close to crashing the public health system, Novello and others told Nelson. Unable to get paid in Puerto Rico, hundreds, perhaps over a thousand, doctors have left the island in recent years. Janer said there is only one children’s hospital still open in Puerto Rico. Some specialists are so hard to find Puerto Ricans are flying to Florida for treatment.

The two crises could spiral against each other. Fearful of Zika, Major League Baseball is considering canceling plans to hold some regular season games there this year. If that type of fear takes hold in the broader tourism market, it could wreck the island’s big tourism industry, hurting the economy further, Nelson said.

But Nelson also expressed concerns about Zika in Florida, with a similar climate, plenty of mosquitos, and and tens of thousands of Puerto Ricans moving here every year to get away from the commonwealth’s economy. Zika also can be transmitted through sexual contact.

Florida has had at least 103 cases of Zika reported, including some pregnant women, though none of them appeared to have caught the disease in Florida.

To prevent that, Florida’s political leadership is tearing down partisan bounds. Both Rubio and Republican Gov. Rick Scott have called on Washington to do something. Rubio supports getting Nelson’s bill  passed, while Scott called on the Obama administration and Republican leaders to work together toward “executing a robust plan to prevent and combat the spread of Zika in America.”

“It is likely a matter of time before someone in Florida or elsewhere in the continental United States contracts Zika from the bite of a mosquito. This has already happened many times in American territories, most notably in Puerto Rico, where just last week Zika tragically claimed its first American life,” Rubio said Friday in a news release.

He spelled out several concerns, including the risk to unborn children, and the fact that the virus will be difficult to combat.

“For these reasons and more, I believe the federal government must act immediately to combat the Zika virus before it becomes a major public-health crisis,” Rubio said. “President Obama has requested $1.9 billion in funding to help confront the problem. I support that request, as I believe it is crucial to stopping the spread of the virus.”

Scott is going to Washington D.C. next week to try to get a bipartisan initiative rolling.