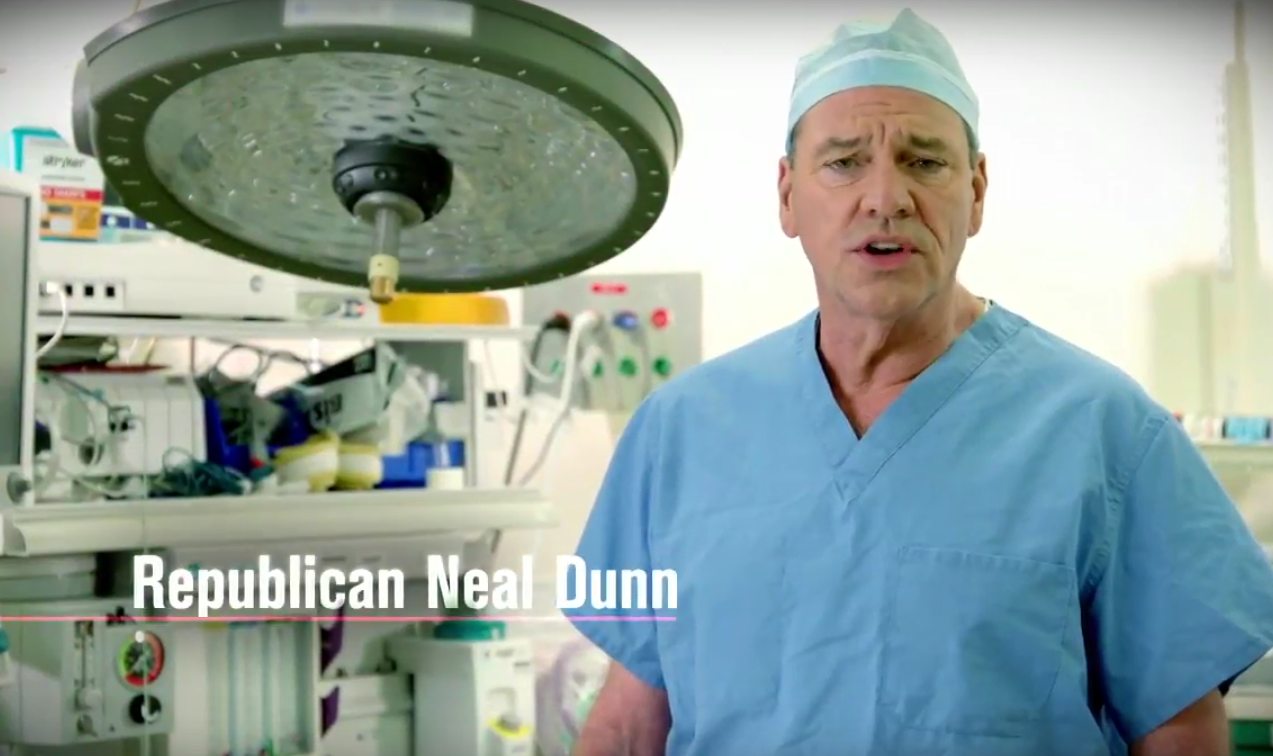 Republican candidate Neal Dunn will again take to the airwaves for another round of early communication with voters in the 2nd Congressional District.

The Panama City urological surgeon ran another ad, his second of the 2016 cycle. No other CD 2 candidate has yet advertised on television in what is shaping up to be an intense GOP primary.

“If you want to end Obamacare, send a doctor to do the job, not another politician,” says Dunn in the ad. “Because, health care works best when patients and doctors decide.”

“For the past 25 years, I have practiced medicine in North Florida,” said Dunn. “I know what works in our health care system and what doesn’t.

The new 30-second spot will air in the sprawling CD 2, a recently redrawn seat that spans from Bay County in the west all the way to the Big Bend area, south and east of Tallahassee.

An earlier ad released in April focused on the Dunn’s military service in the U.S. Army and wholesome personal profile.

Since seeing radical changes which forced incumbent Democratic U.S. Rep. Gwen Graham out of the previously competitive seat, the next CD 2 representative will all but certainly come out of the Aug. 30 primary.

See the full ad below: