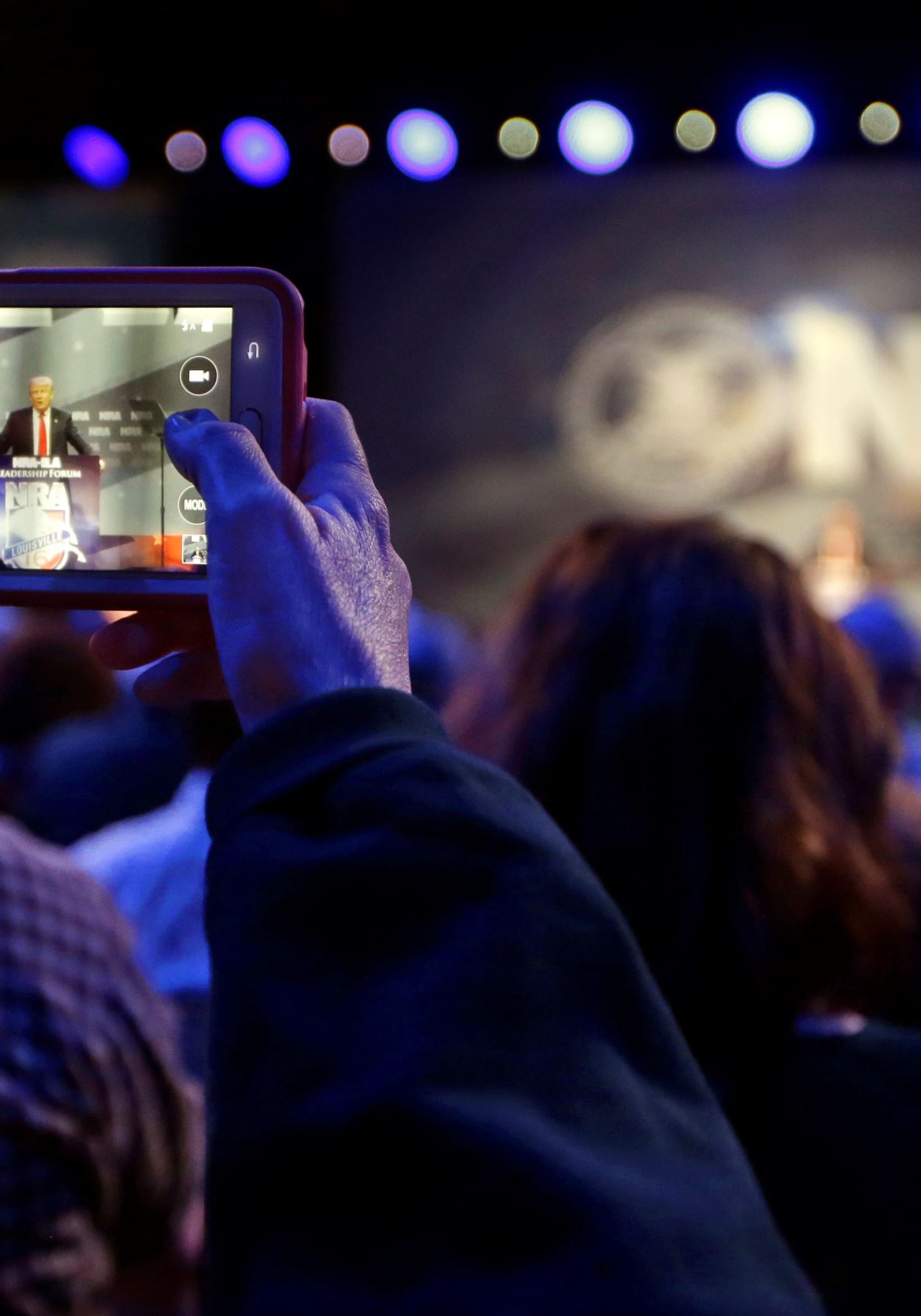 Donald Trump poured more than $7.5 million of his own money into his presidential campaign in April, bringing his total personal investment to more than $43 million since he declared his candidacy, new campaign finance reports filed late Friday show.

The billionaire businessman, who swatted away 16 Republican rivals and relied heavily on wall-to-wall media coverage of his outsized personality and often inflammatory remarks, reported spending about $56 million during the primary, which lasted until his final two rivals, Texas Sen. Ted Cruz and Ohio Gov. John Kasich, dropped out of the race at the beginning of May.

In April alone, Trump spent nearly $9.4 million, according to his monthly filing with the Federal Election Commission. Trump’s largest expense in April, about $2.6 million, was for advertisements. The campaign also spent more than $930,000 on direct mail. Other big-ticket items included roughly $585,000 in airfare paid to Trump’s TAG Air Inc.

While much of Trump’s money has come from his own pocket, he reported about $1.7 million in donations last month. Those contributions have come largely from people buying Trump’s campaign merchandise, including the red “Make America Great Again” ball caps, and giving online through his campaign website. Trump didn’t begin developing a team of fundraisers until recently, after he became the presumptive GOP nominee.

Almost all of Trump’s personal investment has come in the form of loans. That leaves open the possibility that he can repay himself now that he’s aggressively seeking donations. A new fundraising agreement he struck with the Republican National Committee and 11 state parties explicitly seeks contributions for his primary campaign.

Yet Trump said in a statement this week that he has “absolutely no intention” of paying himself back.

Instead, he will be able to use any primary money he raises, in increments of up to $2,700 per donor, on expenses such as salaries, advertising and voter outreach over the next nine weeks. After the GOP convention in late July, Trump will officially become the nominee and be restricted to spending money that’s earmarked for the general election.

His likely rival, Democrat Hillary Clinton, has a head start on building a war chest for the November election. She partnered with Democratic parties months ago and has been raising millions of dollars for them. In April alone, she collected almost $800,000 in campaign money for the general election.

By contrast, Trump will hold his first campaign fundraiser next week, an event in Los Angeles where the minimum price of admission is $25,000, according to the invitation. Those donations are to be split among Trump’s campaign and his Republican Party allies.

In addition to the Trump campaign’s financial health, the filings also show that when Cruz dropped out, money wasn’t the issue: He had $9.4 million in his campaign coffers at the end of April, just days before his defeat May 3 in the Indiana primary prompted him to end his bid. At the time, Cruz said he left the race because he saw no path forward.