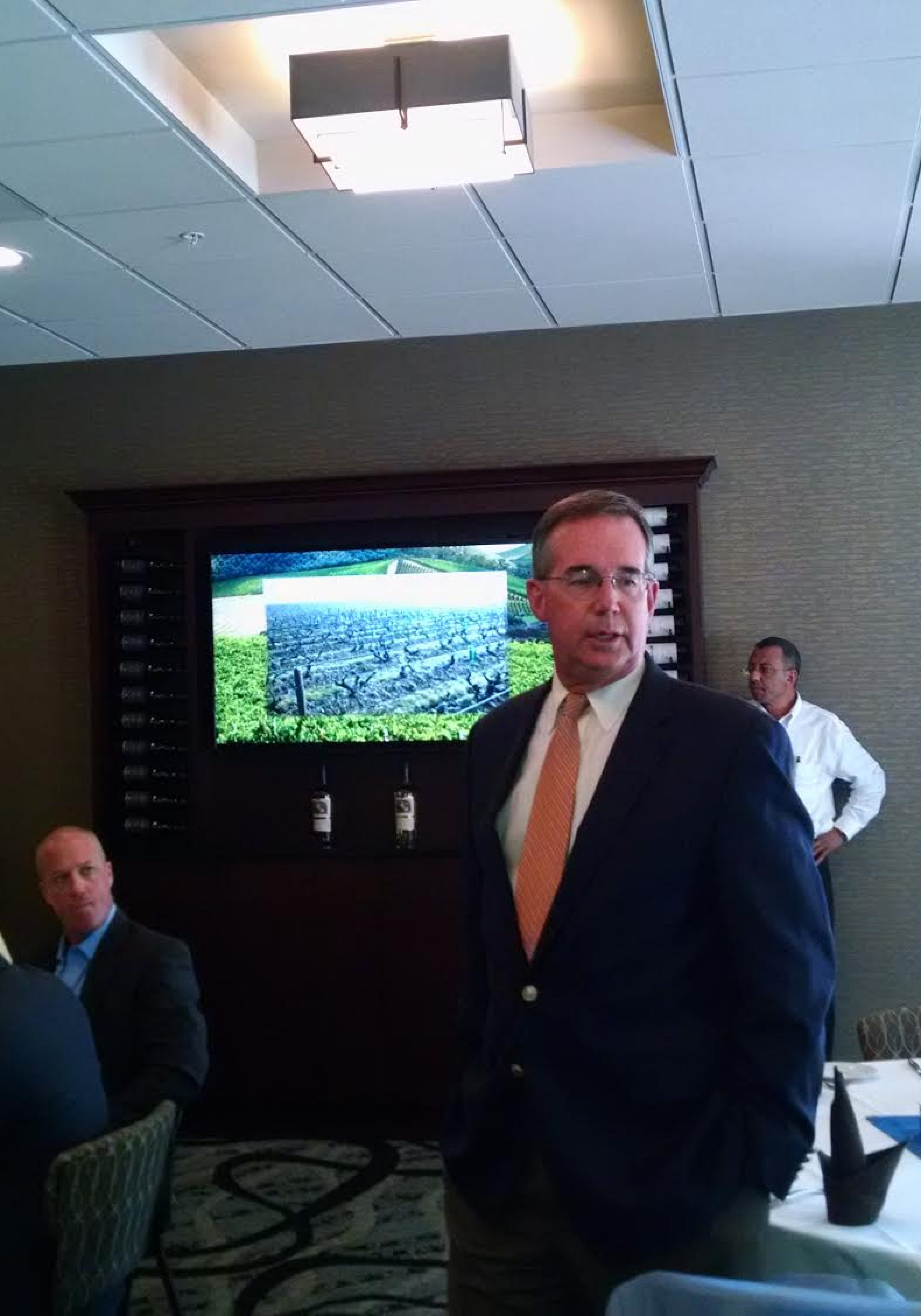 It was 13 months ago when Jeff Atwater stunned the Florida political world by announcing he would not run for the U.S. Senate in 2016.

A Quinnipiac Poll taken just a week earlier showed him leading the two major Democratic candidates in the race, Congressmen Alan Grayson and Patrick Murphy, and he was considered to have by far the best name recognition of any Florida Republican considering entering the contest. His decision unfroze the field, with David Jolly, Ron DeSantis, Carlos Lopez-Cantera and Todd Wilcox all filing to declare their candidacies in the months that followed (joined by Carlos Beruff earlier this year). Though at one point last fall Atwater talked about the “possibility” of getting back into the race, he never did. Now Florida’s Chief Financial Officer says he’s content not making the move for Washington was the right move.

“No, no, no. The timing just wasn’t right for us,” Atwater said after speaking to the St. Petersburg Republican Club at Parkshore Grill on Beach Drive on Monday afternoon. He said he made the decision roughly around three months after being inaugurated for another four-year term as the state’s CFO, and wasn’t prepared to engage in another year-and-half of campaigning in an attempt to succeed Marco Rubio in Washington.

“We’re loving what we’re doing,” he said about his current state of affairs, adding that he wished all five of the GOP senate candidates well. “They’re hustling,” he said. “It’s been far to get out of the shadow of the presidential conversation, but they’re hustling, and it’ll be interesting to see how it plays out.”

Atwater said for now he’s staying neutral in the race, but will back whomever survives the Aug. 30 primary.

Earlier, the CFO presented a glowing report card on the state of Florida’s economy to the 30 or so people in the attendance, and he particularly seemed to relish comparing the state’s financial  health with the economies of the nation’s four other largest sized states — California, New York, Texas and Illinois.

Atwater referenced a George Mason University study that listed Florida as having the fifth-best economy in the country. Actually, last fall the Tax Foundation’s State Business Tax Climate Index rated Florida the fourth most financially sound state in the nation, trailing only behind Wyoming, South Dakota and Alaska. He then went into some details about the where the state was financially in 2004 — when top-line revenues were $27 billion and the average home price was $258,000, and how upside down they were in 2009, at the apex of the Great Recession, when the top-line had been reduced to $21 billion with 500,000 homes in foreclosure and the average priced home had slumped to a miserable $121,000.

He said the state was at a financial crossroads about how to fill that $6 billion funding gap, and said if it had been up to editorial writers throughout the state, that gap would have been patched up by raising taxes.“Instead the answer was, we’ll reduce our run rate of spending to match the run rate of revenue,” he said. “We will not pull revenue up. “

Unlike some other high-ranking state officials, Atwater intentionally avoids saying that the state has created conditions that allowed the economy to recover better here than in other parts of the country. Instead he continuously emphasized to the audience that it was “you” who had done the work to keep business conditions positive.

“Every time the government can trust the marketplace to bring us back, it does,” he said.

He now says top-line revenues are at $28 billion, the median price of a home is $209,000, adding that “you’ve created more jobs in the country the last three years.”

His only notes of discord in an otherwise sunny trip thorough recent history was when he discussed the federal debt and deficit.

“There’s just not that much time,” he fretted. “I’m not saying that the country is going to disappear, it’s just going to be a far different place to the extent that my children’s income will have to be extorted, to be able to cover the cost of what’s being built,” adding that he also feared that the younger generation won’t ever have the opportunities that he had growing up. He said that should motivate the fellow Republicans in the room regarding this fall’s election.