Mitch Perry Report for 6.16.16 -CLC clears the path for Rubio 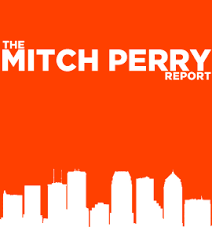 Politics never takes a day off, and some would probably say it shouldn’t. Take the reaction this week to the shooting massacre in Orlando.

Democrats have done what they believe urgently needs to be done to lessen the possibility of further mass gun shootings, by introducing gun control legislation in Washington.

In Washington early this morning, Connecticut Sen. Chris Murphy put himself into the history book with a nearly 15-hour filibuster to force the Senate to take action to address gun violence. Murphy tweeted at 1:53 a.m. that “we will have a vote on closing the terror gap & universal background checks.”

Meanwhile in Orlando, a handful of state Democratic lawmakers like Darren Soto and Geraldine Thompson called for the Legislature to hold a special session to call for additional gun control measures. That didn’t go down well with GOP leadership.

“The president does not support expending taxpayer dollars on a special session unless there is definitive support within the Senate for a concrete legislative proposal that requires time-sensitive action,” said Katie Betta, a spokesperson for Senate President Andy Gardiner. “Absent those elements, the president has a hard time viewing press conferences calling for a special session three days after the worst act of terrorism in this country since September 11 as anything more than political posturing by two senators who have declared their intention to run for Congress.”

Is it exploitive, or just a natural reaction to try to prevent further tragedies?

Yesterday, Hillsborough County Commissioner Kevin Beckner was accused of being exploitive when he was able to lobby his colleagues to approve hanging the rainbow flag over the County Center in downtown Tampa for the rest of gay pride month.

And what about the GOP U.S. Senate race? Although momentum for Marco Rubio to re-enter the race has been growing for weeks, we’re now told the events in Orlando may be the X factor that brings Rubio back, and compels his ally, Carlos Lopez-Cantera, to leave the race.

In a statement yesterday, CLC issued a statement after talking to Politico, saying “I have asked Sen. Marco Rubio to reconsider his decision and enter the senate race.  The decision is his and his alone to make. As friends for 20 years, this race is so much bigger than the two of us, and, as you have heard me say on the trail, this race isn’t about an individual, this race is about Florida and the future of our country.”

“You should reconsider running for your seat,” Lopez-Cantera says he told Rubio last Sunday in Orlando, after they had been on the ground, dealing with the aftermath of the shooting tragedy.

So Orlando changed everything about this Senate race, at least for these two men? That’s apparently what CLC is saying now. He emphasized in his statement yesterday he remains in the race — for now. Again, this will all be cleared up in the next few days, because the calendar demands that it be so.

David Jolly will announce his plans to run in either the House or Senate tomorrow — anyone wanna bet that he actually stays in the Senate race?

The BOCC also took one step closer to preparing for the introduction of a high-speed ferry project being spearheaded by St. Pete Mayor Rick Kriseman.

David Jolly, Kathy Castor and Vern Buchanan were among the members of the Florida delegation to get a disturbing update on the Zika virus in Washington.