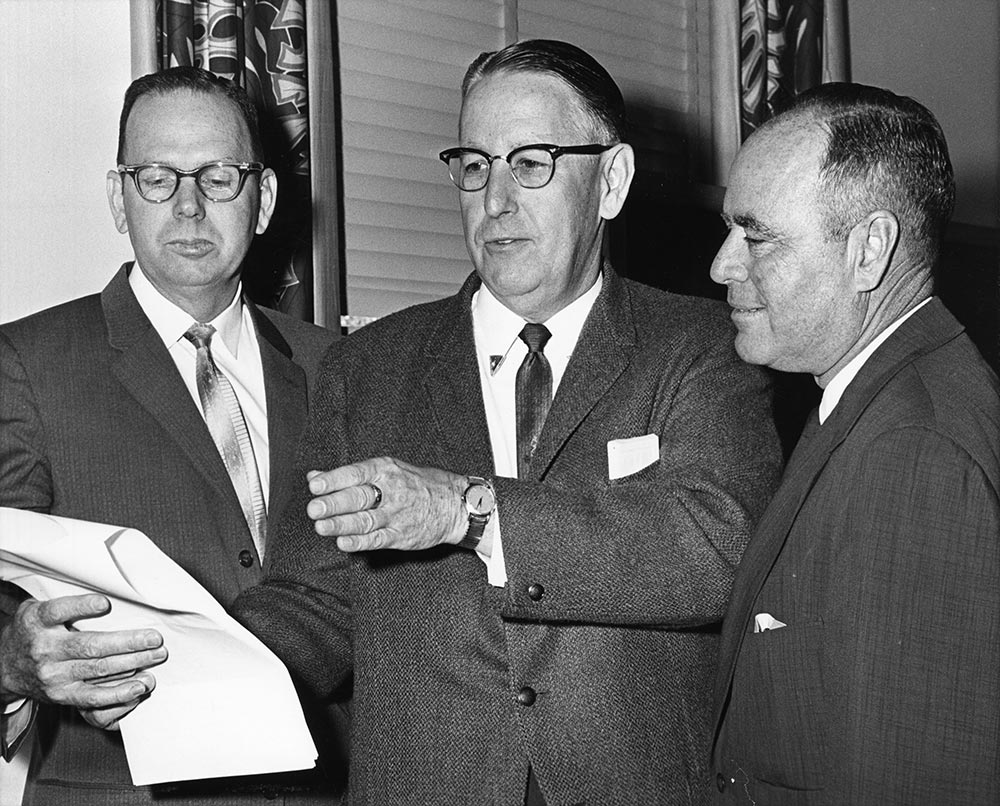 A new documentary film airing nationwide on dozens of PBS stations this week shows Florida’s gay community was targeted long before the mass shooting at the Pulse nightclub in Orlando.

The sordid tale of Florida’s infamous McCarthyesque witch hunt of suspected gay and lesbian students and professors at state universities is told in the new Emmy award-winning documentary, “The Committee.”

The film was produced by students in the Burnett Honors College at the University of Central Florida, and takes a blunt look at the activities of the so-called Johns Committee, a secret Cold War-era group dedicated to expelling gays and lesbians from the state’s college campuses.

“Even though I’m from Florida, I didn’t know that this had happened until a colleague in our history department told me about it,” says co-director Dr. Lisa Mills, a UCF associate film professor.

In 1956, state senator and former Florida governor Charley Johns organized the Legislative Investigation Committee to look into what it termed “subversive activities.”

The Johns Committee, as it was popularly known, investigated everything from state colleges to civil rights groups and suspected communist organizations.

But by 1961, its main focus was to identify and remove suspected homosexual teachers and students from Florida state universities.

“All they wanted to know were the names of people,” says the Rev. Ruth Jensen-Forbell, who was a 19-year-old Florida State University student when she was interrogated for 17 hours by the committee.

Today she is senior pastor of a mostly LGBT congregation at First Coast Metropolitan Community Church in St. Augustine. Near the film’s end, she is depicted conducting a same-sex wedding in Jacksonville in the wake of the 2015 Supreme Court decision legalizing same-sex marriage.

Jensen-Forbell tells the filmmakers she was not given an opportunity to eat, drink or use the restroom during her long-ago ordeal as a student, and was so traumatized she dropped out of college.

“They kept asking me, ‘Did you have relationships with other women? Did you see anybody doing this or that?’ And they were pretty graphic in what they said. It was almost like there was a deliberate attempt to keep me longer and longer so I’d be more tired. And I just kept saying ‘no’ because I hadn’t done anything. But I was afraid of everything. Who I talked to, what would happen next. I ended up not going to classes, dropping out, getting an incomplete, and I was put on academic probation. Because they said you can’t be a lesbian and attend a state college.”

The film features interviews with another victim of the committee, Chuck Woods, and an interrogator, John Tileston Sr., a retired member of the University of Florida Police Department.

Also interviewed is former U.S. Sen. Bob Graham, who was a UF student when the committee was acting. Graham talks about how the committee’s work upset his fellow students, and caused Florida’s university system to lose national standing.

The Johns Committee finally faded from influence with the 1964 publication of its infamous “Purple Pamphlet,” a report by the panel on suspected gay and lesbian activities on campus. It featured explicit material and the public turned against the committee’s work.

“It reminds me of the witch hunt we’re on right now in terms of our Muslim community,” says Mills. “We just can’t allow these sorts of witch hunts to happen, no matter who is the victim at the time. Let me point out that at UCF, one of the first organizations to come out and support our LGBTQ community after the mass shooting at Pulse was the Muslim Student Association. They were right there on Sunday reaching out to try to help.”

“I think that Orlando has really come together now around this incident. It’s always good to look back and be reminded of our history so we don’t repeat it.”

Editor’s Note: Martin Dyckman also reviewed a recent book about the Johns Committee, “Communists and Perverts Under the Palms,” by Stacy Braukman, in the Summer 2015 issue of INFLUENCE magazine. That review is available to read here. Go to page 23 of the issue.

previousJacksonville Bold for 6.21.16 — If this, then that