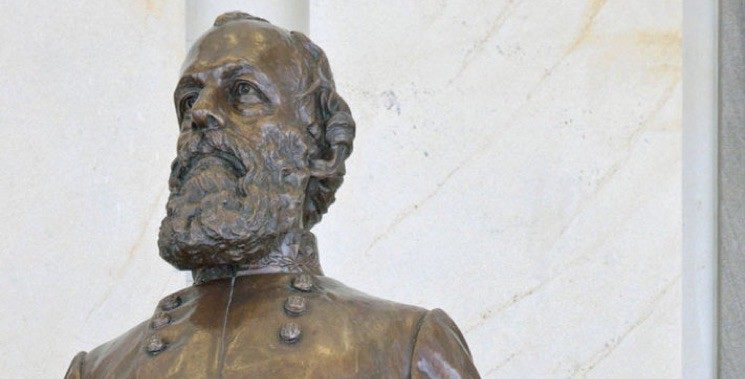 As interesting as who’s on the list to be the subject of Florida’s next statue in the U.S. Capitol may be who’s not on the list.

Last week, the Department of State released 129 names submitted by the public as recommendations for a new statue in the U.S. Capitol’s National Statuary Hall. State lawmakers will make the final decision.

Mary McLeod Bethune, founder of what is now Bethune-Cookman University in Daytona Beach, is the top public choice.

Every state has two statues. Florida is seeking to replace the one of Confederate Army Gen. Edmund Kirby Smith. Lawmakers passed and Gov. Rick Scott approved the change this past session.

But that’s exactly who some people nominated as a protest vote, according to emails to FloridaPolitics.com. Another commenter said he voted for NASCAR legend Dale Earnhardt, killed in a crash in the 2001 Daytona 500. Neither was on the list of public recommendations.

Which raises the question of just who didn’t make the cut, and why. A special committee of the state’s Great Floridians Program is scheduled to meet Wednesday at the R.A. Gray Building in Tallahassee to select three finalists to pass along to the Legislature.

“This is a dynamic process, but we wanted an opportunity for the public to be involved,” said Meredith Beatrice, the department’s spokeswoman. “We made a good-faith effort to compile a list for the committee’s review, but names must meet the eligibility criteria.”

That includes being a “citizen of the State of Florida, either by birth or residence” and being “deceased for 10 years or more, as of January 1, 2017.” That knocks out Earnhardt, who was from North Carolina.

Beatrice said she would provide another list of the names from the public that were not included on the official list from last week. Meantime, it’s not immediately clear whether all on the public list meet the criteria.

For example, naturalist and artist John James Audubon, who received one vote, did spend time in the state in 1831-32 working on illustrations for a volume of his great work, Birds of America, according to the Florida Museum of Natural History website.

But it’s not apparent he was a “resident.” He “explored the east coast of Florida and the Florida Keys,” the site said, complaining about the mosquitoes. “Reader,” he wrote, “if you have not been in such a place, you cannot easily conceive the torments we endured.”

The eligibility requirements aren’t in the law passed this year but are “guidelines prescribed by the Department of State,” which adds there will be “no recommendations of fictional characters, animals, plants, structures, or other non-human entities or beings.”

Other “suggested criteria,” according to the department, include “significant contributions … to Florida history, economy, culture, arts, education, infrastructure, and/or environment,” “distinguished military or civil service,” and “length of time the (person) was a resident of the State of Florida.”

Beatrice noted committee members “may also recommend individuals for consideration that have not been previously submitted.”

The effort to take down Smith’s statue started after a church shooting last year in Charleston, South Carolina, left nine people dead. The gunman had photographed himself holding a Confederate flag and made clear he was motivated by racism.

Earlier this year, the Florida Senate changed its official seal to remove a representation of a Confederate flag.

Florida’s other statue in the U.S. Capitol, of scientist-inventor Dr. John Gorrie of Apalachicola, a pivotal figure in the invention of air conditioning, will remain.