Sen. Bill Montford has a staggering fundraising lead over his little-known opponent, according to new campaign reports.

Montford, the Democratic incumbent from Tallahassee, has raised $271,000 through July 8, while challenger Nancy Miller, a Steinhatchee Republican, reported raising $631 for the Senate District 3 race. She also has previously reported an $1,800 loan and $1,330 in in-kind services.

Montford, head of the Florida Association of District School Superintendents, has been in the state Senate since 2010. 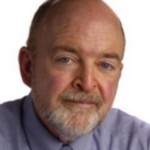