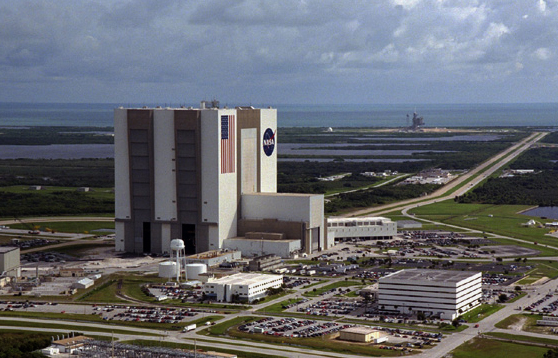 With wars, terrorism, gun violence, economic problems, national debt, immigration issues and other national crises, Donald Trump and Hillary Clinton might be excused for focusing on them, yet many Floridians — particularly Central Floridians — are eagerly waiting to hear what they aren’t yet talking about, space.

The futures of NASA, commercial space initiatives, and defense programs are critical to the economy and future of Florida’s Space Coast and Central Florida, and by extension to the entire state, and to a rapidly evolving space industry that includes players ranging from giants like Boeing and Lockheed Martin to tiny space entrepreneurs trying to make a go on the Space Coast in an uncertain political economy.

By this time in the 2012 presidential race, Republican vice presidential designee Paul Ryan already had come to Orlando to deliver a major speech on the future of space, and the Mitt Romney campaign had issued a detailed white paper about the goals, objectives, and priorities of what his administration would pursue beyond Earth. President Barack Obama‘s space policies were official national policies, so they too were well known.

Florida Sen. Bill Nelson and his Republican opponent, U.S. Rep. Connie Mack, also had talked extensively about space policy, and the issues were being robustly debated in key congressional races.

This year? Neither Trump nor Clinton has addressed space, except, reportedly, in occasional, short, simple answers to left-field questions at press conferences, while most Senate and congressional candidates haven’t said much more.

The Republican National Committee did add a space plank to its platform last week — the Democrats so far have not. The Republican space plank declares, “we must sustain our preeminence in space, launching more science missions, guaranteeing unfettered access, and maintaining a source of high-value American jobs.” Yet it offers no specifics.

Lost in those specifics is the potential for sweeping federal policy changes, as there are significant political differences about where America’s space priorities ought to be — and the implications can be profound.

“I don’t think we know what the platforms are,” said Mary Lynne Dittmar, executive director of the Coalition For Deep Space Exploration, which put out a white paper last month on space policy, suggesting what the federal candidates’ platforms should be. But she hasn’t heard back yet. “I wish we did have more information.”

Another white paper has been issued by an ad-hoc coalition, loosely competing with some of the deep space coalition’s interests. That group includes such players as the Commercial Spaceflight Federation, the Aerospace Industries Association, the American Institute of Aeronautics and Astronautics, the American Astronautical Society, and Space Florida.

“The success we’ve had in the past in promoting space policy during a presidential campaign really has only gained traction late in the campaign, late August … September … when the campaigns are beginning to hone their messages to geographic areas,” Ketcham said. “The closer we get to Election Day, the more those campaigns refine their messages to specific regions. No region has been more important than the I-4 corridor. So we’re continuing to work that communication between the four purple states, Florida, Virginia, Ohio and Colorado [which all have huge NASA, DoD and private space communities,] because as those messages refine, we should be able to gain more position in discussing space policy.”

There is ample room for debate, even between the two big space industry coalitions’ white papers.

The Obama administration has several major space policies with which not everyone agrees. For human space exploration, NASA has set its sights on Mars and is investing much of its research,  energy and tens of billions of dollars to get there in about 20 years. For that to happen, NASA is turning over almost all lower-Earth-orbit activity to the private sector, including the not-to-distant-future ferrying of American astronauts to and from the International Space Station.

To do that, NASA is investing billions of dollars in private space companies, to make them viable until they can profitably take over all that activity.

Meanwhile, NASA’s non-human exploration programs, including sending orbiters and rovers all over the solar system, using satellites to study the Earth and cosmos, and developing particular sciences and technologies aboard the space station, all are in “me-first” tugs-of-war for scheduling and funding.

Not everyone in politics or the space industry thinks NASA should be abdicating lower-Earth dominance to private businesses. Not everyone thinks Mars is all that good of an idea. What about the moon? And what’s this plan NASA has for sending astronauts to an asteroid?

Meanwhile, Kennedy Space Center and Cape Canaveral Air Force Station are being turned into a multi-user, public-private-military spaceport, where government space projects become a small part of the action. Yet competing spaceports in Texas, California, Virginia and potentially a dozen other states are positioning themselves to compete.

And internationally? Europeans, Russians, Chinese and Indians all are trying challenge America’s space leadership in various segments of the future market, with heavy subsidies or state ownership of the companies competing.

It’s not just Trump or Clinton, though clearly one of them will be setting the stage.

“We have three branches of government. They’re not expected to see things eye-to-eye. But with regard to space policy, cohesion between the White House and Congress is very helpful,” said Dittmar, whose group includes big players such as Aerojet Rocketdyne, Orbital ATK, Boeing, Lockheed Martin and Northrop Grumman. “There is some disconnect. The White House and NASA have made requests for the budget that are not consistent with where Congress was coming down.”