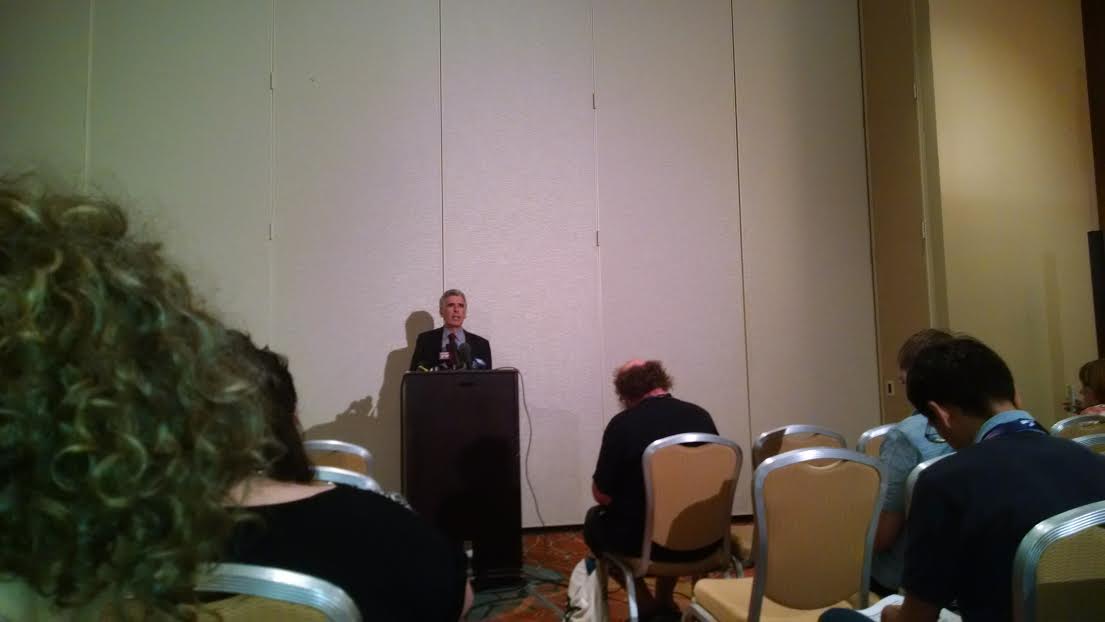 Philadelphia — While Tim Kaine‘s introduction as Hillary Clinton‘s running mate Saturday afternoon in Miami has been described as a “home run” among some Democrats and members of the media, that’s decidedly NOT the feeling being expressed by activists associated with Bernie Sanders‘ supporters — who are suggesting a potential floor fight on bringing up an alternative candidate to run for vice president when the roll call is held at the convention later this week.

“There has been outreach to specific individuals” about putting their name up for a vote, says Donna Smith, executive director of Progressive Democrats of America.

“We reflect disappointment, and we reflect anger,” said Norman Solomon, a Sanders delegate from California and national coordinator of the “Bernie Delegates Network,” which they say includes 1,250 Sanders delegates to the Philly convention. “This is an assault on the progressive base of the Democratic Party,” he said of the selection of Kaine, a centrist-oriented Virginia senator.

Solomon and Smith addressed members of the media Sunday morning from the Marriott Hotel in downtown Philadelphia.

The unhappiness over Clinton’s choice comes just as the Wikileaks revelation hit — a release of 20,000 emails suggesting the DNC was in the tank for Hillary since before the primary is only adding fuel to the fire.

Regarding a floor fight, Solomon says according to the rules of the DNC, if there are 3,000 signatures collected with no more than 50 from each state, then another name can be placed for consideration on the floor.

Other organized forms of dissent could include the delegates walking out when Kaine addresses the convention on Wednesday night, total silence from the delegates, or maybe just turning their backs during his speech.

Solomon said his group has never heard directly from Sanders, and if he advised them not to act out, the Bernie Delegates Network would take that under advisement.

Both Solomon and Smith said the onus on bringing the party together has been on Hillary Clinton, and they say she failed the progressives by not only their pushback on some key aspects of the Democratic Party platform which will officially be voted on this week, and the selection of Kaine.

Smith said she’d like the Clinton camp allow an actual debate on a plank calling for a single-payer care-for-all, Medicare-style health plan, as well as language opposing the Trans Pacific Partnership. Although Clinton has now joined Sanders in opposing the TPP, President Obama supports it, and therefore the language in the platform is neutral on the volatile issue, which Donald Trump also opposes.