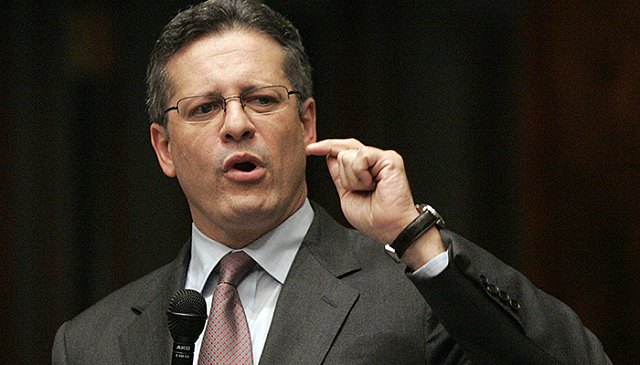 The haul came in across 46 contributions, including 25 checks for the maximum contribution of $1,000. The second-term senator only spent $1,023 during the reporting period, leaving him with a hefty balance of about $456,000 in his campaign account.

Among his donors were Delta Airlines and a string of donations from Miami-Dade and Broward-based medical groups, including a check from Fort Lauderdale chiropractor Robert Lewin, who also founded medical and lawyer referral service 1-800-411-PAIN.

The only expenditure of note was a $1,000 payment to Nicole Hagerty for campaign consulting work.

Rodriguez, who entered the race after new Senate maps created a more favorable district for Democrats, raised $15,735 during the weeklong reporting period and spent nothing.

The second-term representative picked up nine checks for $1,000, including contributions from the Broward Rehabilitation Center and Dade Injury Rehabilitation, both of which also contributed to Diaz de la Portilla.

SD 37 is a majority Hispanic district in coastal Miami-Dade. Republicans make up about 38 percent of the electorate compared to a 36 percent share for Democrats, though the district voted in favor of President Barack Obama by 7 points in 2012.

Diaz de la Portilla and Rodriguez also face no-party candidate Mercedes Christian in the race, though through Aug. 5 her campaign had less than $10 on hand.

nextCorrine Brown has bigger issues than a newspaper endorsement