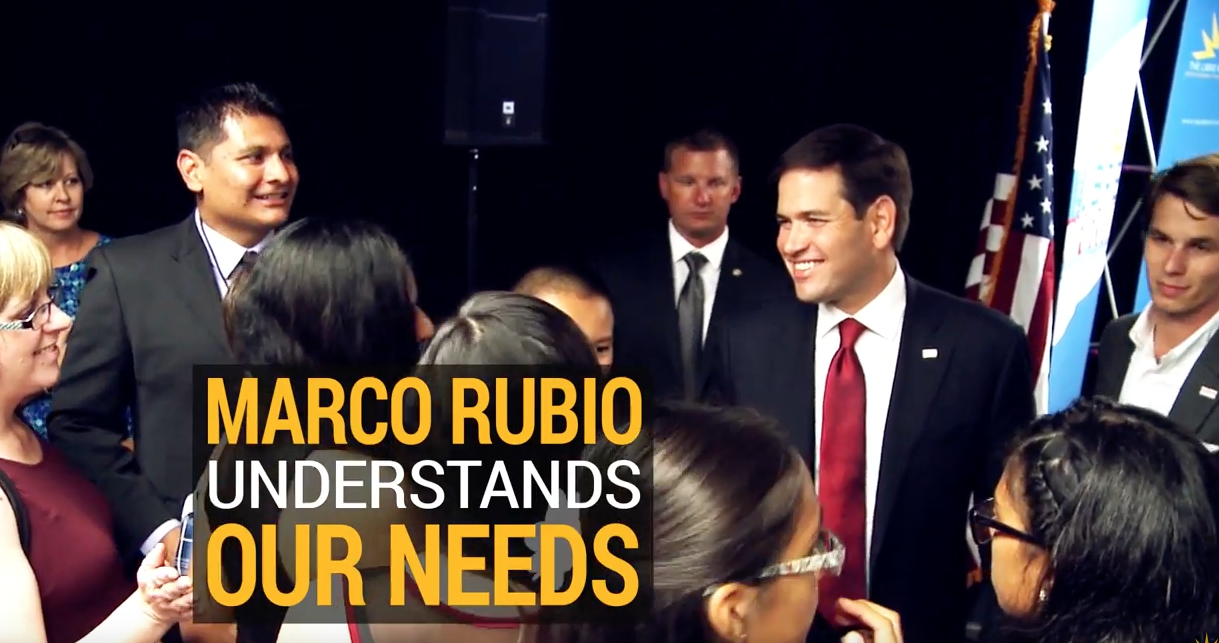 The LIBRE initiative, a 501(c)4 non-partisan group formed in 2011 to advance “the principles and values of economic freedom to empower the U.S. Hispanic community,” has produced an ad in English and Spanish for Florida U.S. Senate candidate Marco Rubio.

It’s not the group’s first foray into advocacy in the Sunshine State. In 2014, LIBRE took on Miami area District 26 Congressman Joe Garcia for his support for the Affordable Care Act, while backing Garcia’s opponent, Republican Carlos Curbelo.

Now the group, which receives funding from Charles and David Koch, is for the first time actively encouraging voters to choose a specific candidate in Rubio, who officials say “has consistently advanced a pro-growth, freedom-oriented agenda, and understands the importance of Hispanic outreach.”

The new ad encourages Floridians to support Rubio in his race against Democrat Patrick Murphy and will run on broadcast television in English, and digitally, in both English and Spanish in major Florida markets. LIBRE officials say it will also be accompanied by a “robust field effort” to inform Latinos in Florida about Rubio’s leadership on issues of importance to the Latino community.

“Marco Rubio has been a leader in the Senate on issues that help Latinos toward prosperity,” said Daniel Garza, executive director of the LIBRE Initiative, in a statement. “He’s worked to cut wasteful spending, hold the line on taxes, and prevent taxpayer bailouts of insurance companies. He has engaged with the Hispanic community throughout the state, listening to the concerns of the people, and making sure the federal government is listening as well.”

Watch the ad below: