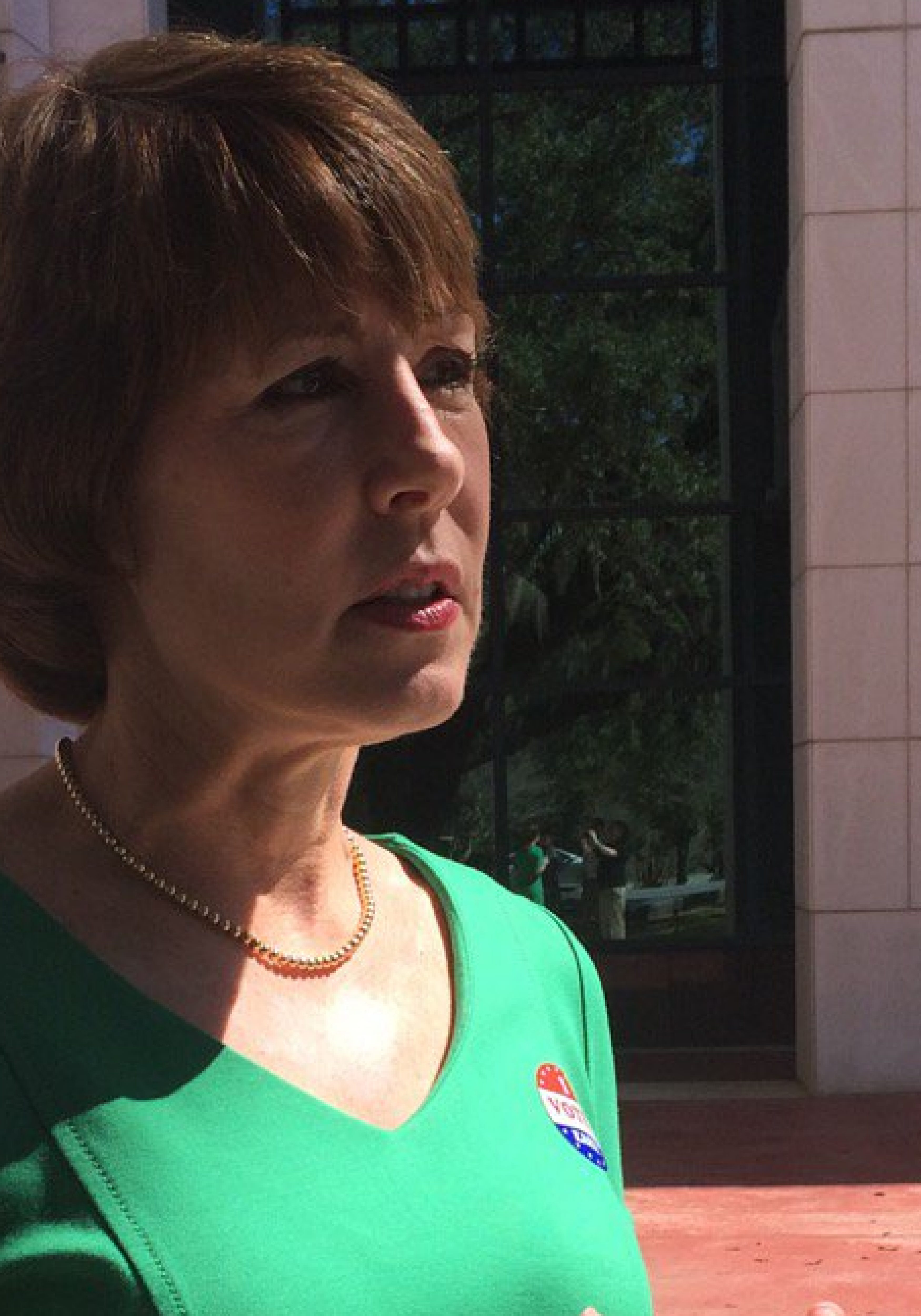 Tallahassee U.S. Representative and potential gubernatorial candidate Gwen Graham is blasting the Florida Dept. of Environmental Protection, claiming it failed local citizens by failing to alert them of the massive leak of contaminated water that occurred through a sinkhole at Mosaic’s New Wales Facility in Polk County last month.

The company did immediately inform the Florida Dept. of Environmental Protection and other agencies, but many members of the local community said they had no idea about it until they saw media reports about it last weekend.

The DEP issued its own press release on Tuesday, where they claimed that the Tampa Bay Times had failed to report that they had notified the nearest adjacent homeowners who may want their drinking water wells tested.

“This information was provided in writing to the Times, but the paper chose to omit this fact and mislead their readers,” the statement read.

In a letter sent to Florida Department of Environmental Protection Secretary Jonathan Steverson on Wednesday, Graham is criticizing the agency for failing to alert surrounding communities of a toxic sinkhole, and calling on the DEP to use all means available to protect Florida families and the environment from a potential health crisis.

“I was extremely disappointed to learn the Department of Environmental Protection had known about this toxic sinkhole for almost a month before taking measures to alert the public. The DEP should warn Florida families of potential contamination before they’re drinking toxic water, not after it’s been contaminated,”  Graham said. “Their excuse for inaction – that they weren’t legally required to do so – is appalling. It’s an excuse we should expect from a special interest group – not from a group whose only interest should be protecting Florida’s environment and citizens.”

“This failure is just the latest example in an alarming pattern of the state placing polluting special interests ahead of the environment and communities they’re charged with protecting,” Graham added. “I hope they will quickly change course and use all resources available to remedy this immediate threat, and in the future work with greater transparency and respect for the public.”

Governor Scott weighed in later on the issue on Wednesday. Spokesperson Jackie Schutz said that Scott has directed the DEP to expedite their investigation “which began almost a month ago.”

“This includes directing DEP to expedite all water quality tests to ensure safe drinking water for residents,” Schutz said in a statement. “Governor Scott has also directed the Department of Health to partner with DEP in their investigation to ensure all drinking water in the area is safe.  We know Mosaic has taken responsibility, but our job is to ensure 100 percent safe drinking water in Florida and to protect our pristine environment.  We will continue to expedite this process until all questions are answered.  We encourage lawmakers and others to make decisions on this issue based on facts and not on their own political interests.”

In a statement issued on Tuesday, Steverson said that his agency is “absolutely committed to the safety of all Floridians and our shared environment, which is why we have worked closely with Mosaic since learning of this issue to ensure that proper actions are taken”

“In an abundance of caution, and above and beyond the requirements of law, DEP is working with Mosaic and through the company’s ongoing efforts to ensure families in the community who want testing for their drinking water wells are offered that service,” he said. “While there continues to be no evidence of offsite movement or threat to offsite groundwater supplies, DEP will continue to ensure Mosaic’s efforts properly resolve this issue. Once the issues surrounding this sinkhole are resolved, DEP will finalize its ongoing investigation to determine any necessary accountability measures to ensure this doesn’t happen again.”

Here is Graham’s letter in full:

I was troubled to learn that the public was not immediately notified about possible groundwater contamination from more than 200 million gallons of industrial waste leaked into a sinkhole at a Mosaic phosphate plant in Polk County. Given the potential consequences, I urge you to conduct a full investigation into the circumstances surrounding the leak and to ensure the site is fully remediated to prevent long term environmental and public health risks.

Media has reported that the leak was discovered by plant personnel and reported to county, state and federal officials nearly a month ago. Yet, most of the general public did not become aware of the potential problem until it was reported by the press last Friday, September 16. Your office claims to have followed notification requirements prescribed by current law, but I believe the Department of Environmental Protection has a greater responsibility to the public. When public health is at risk, the state has a duty to notify nearby residents as soon as possible and before their wells are polluted so they can take appropriate action.

I urge you to exercise your full ability to investigate the causes of and response to the leak by public and private stakeholders. If this was purely an unforeseen natural event, we may still be able to take action to prevent future incidents. If this leak was inadvertently man-made, we need to know that so we can keep it from happening again. If there was mismanagement either before or after the fact, we need to hold the responsible parties accountable. Only a thorough and timely investigation can answer these questions.

Most importantly, we need to do everything we can to clean up the damage that has been done. The substances reported to have leaked from the site are potentially harmful to people and the environment. Given the enormous size of the leak, I expect this remediation to be a substantial undertaking, but it is essential. As we have learned from the contamination of Florida springs and pollution in the Everglades, the hydrology of Florida is uniquely connected. All Floridians are heavily invested in this clean up. Please use your authority to make sure it is done thoroughly and completely.

Thank you for your attention to this matter. Please let me know if I can be of any assistance to you.