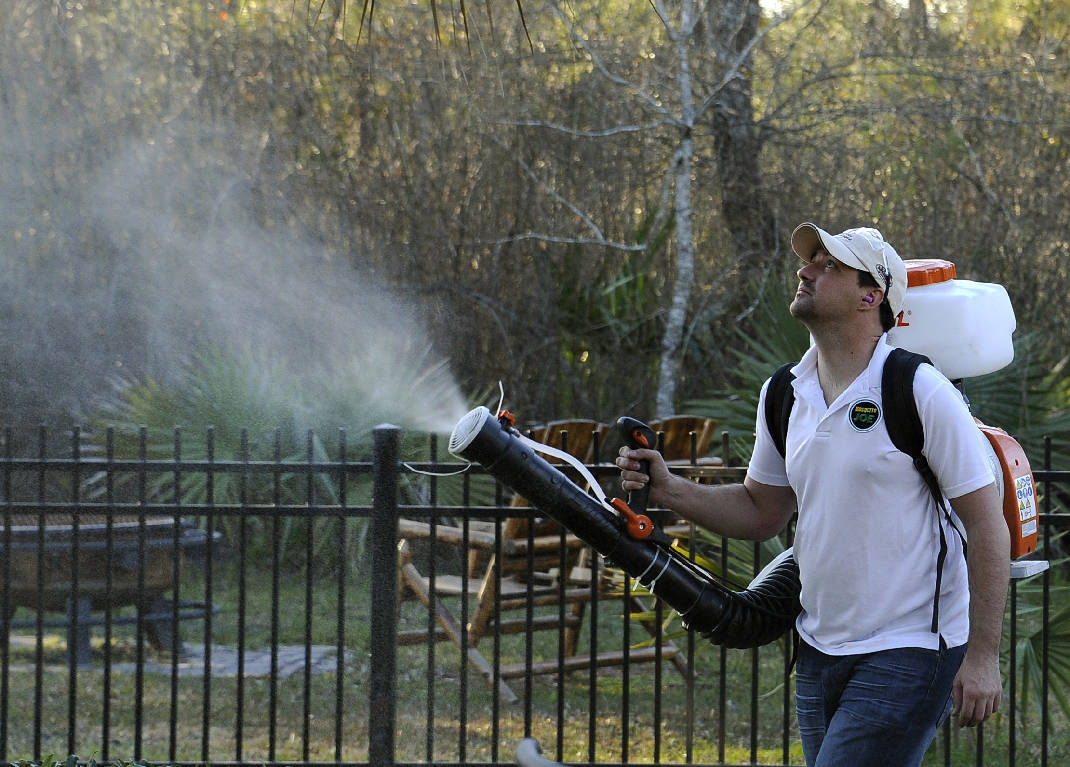 The Zika outbreak in Miami’s Wynwood arts district centered on three businesses with outdoor areas shared by employees, customers and breeding mosquitoes, and the number of people infected was likely greater than reported, said an investigative summary released Friday by the U.S. Centers for Disease Control and Prevention.

The outbreak – the first on the U.S. mainland – lingered for more than a month but was limited to a small geographic area, much like previous outbreaks of mosquito-borne viruses in Florida.

Just over two weeks after aerial spraying of pesticides began in Wynwood, no further infections with Zika were reported in the neighborhood. While health officials stressed their campaign against the mosquitoes carrying the virus included ground-based spraying and turning over stagnant water, they said the aerial spraying appeared a key in halting the infections.

“Aerial spraying was a driver, if not the driver, in this progress,” CDC Director Tom Frieden said in a conference call with reporters.

A cluster of 29 cases were linked to three businesses in a six-block area with employees who worked or took breaks outside, near standing water and abundant mosquito breeding sites, according to the report primarily written by Florida’s state epidemiologist, Anna Likos, and other state health department staff.

The report does not name or describe the businesses. The open-air food court and entertainment venue The Wynwood Yard previously acknowledged three out of 65 employees had tested positive for Zika, but the venue’s founder on Friday declined to confirm or deny that it was one of the businesses cited in the report. Della Heiman said the venue was keeping mosquitoes at bay using natural “botanical insecticides.”

Florida officials announced July 29 that mosquitoes had begun spreading the virus in the continental U.S. for the first time, a long-feared development in an epidemic that now included a Miami neighborhood among affected areas throughout Latin America and the Caribbean.

The first signs of Zika had been reported at the beginning of the month, however. Fever, a rash and joint pain struck a Miami-Dade County resident July 9 and a Broward County resident the following day, according to the report. They had no links to each other, except that they worked within 120 meters of each other in Wynwood.

Mosquitoes bred around both the residents’ businesses. Blood and urine testing confirmed Zika infections in one of the Miami-Dade resident’s customers and in two co-workers of the Broward resident.

A third nearby business where employees worked entirely in the open amid multiple mosquito breeding sites was soon linked to the outbreak. Door-to-door inspections and pesticide spraying by hand began July 23 throughout the six blocks, and truck spraying was added a day later.

Health officials also fanned out, seeking urine samples from 96 households within six blocks of the businesses from July 28 to July 30. The testing confirmed Zika infections in six more people, triggering the first travel warning in the CDC’s history for somewhere in the continental U.S.

This week, the CDC lifted its warning for pregnant women to stay out of the Wynwood neighborhood altogether, saying it was no longer a zone of active transmission. But the CDC continues to caution pregnant women about traveling to the city and surrounding areas.

Most people infected with Zika only suffer mild flu-like symptoms, but the virus can cause severe brain-related defects, including disastrously small heads. Zika also can be sexually transmitted, but the report released Friday blames mosquitoes for spreading the virus.

Most of the people who had Zika didn’t seek medical care and several didn’t show symptoms and were identified only through the neighborhood and workplace testing. Others might have been infected earlier but no longer had traces of the virus by the time their blood or urine was tested, the report said. That means the number of people infected in the outbreak is likely higher than was reported.

Declaring victory in Wynwood on Monday, health officials credited aerial spraying of pesticides, a method that has drawn concern and skepticism from the community in nearby Miami Beach. Pre-dawn aerial spraying is scheduled Saturday over South Beach, though most of the city is considered a zone of active local transmission.

Aerial spraying of naled, targeting adult mosquitoes, was most effective in parts of Wynwood where it was paired with a second pesticide targeting mosquito larvae, the report said. Research has shown that adult mosquitoes can pass the virus to their offspring.

Frieden said this “one-two punch” worked to rapidly curb the mosquito population which otherwise would rebound quickly if the larvae were not also targeted.

The report noted that the urban environment proved a challenge in controlling the Aedes aegypti because many of the insects live indoors and some outdoor breeding location can beyond the reach of truck spraying.

High numbers of biting female mosquitoes continued to be counted in spite of the aggressive ground spraying and cooperation from residents and businesses who drained standing water on their properties. Those counts dropped significantly only after two aerial spraying runs, the report said.

“In the balance between protecting pregnant women and the next generation from devastating birth defects, we’re encouraged to have this new tool that appears to have had such dramatic results in Wynwood,” Frieden said.

The Florida Poison Information Center reported seven calls related to the spraying, but no increase in emergency room visits for respiratory problems, nausea, vomiting or diarrhea was recorded.