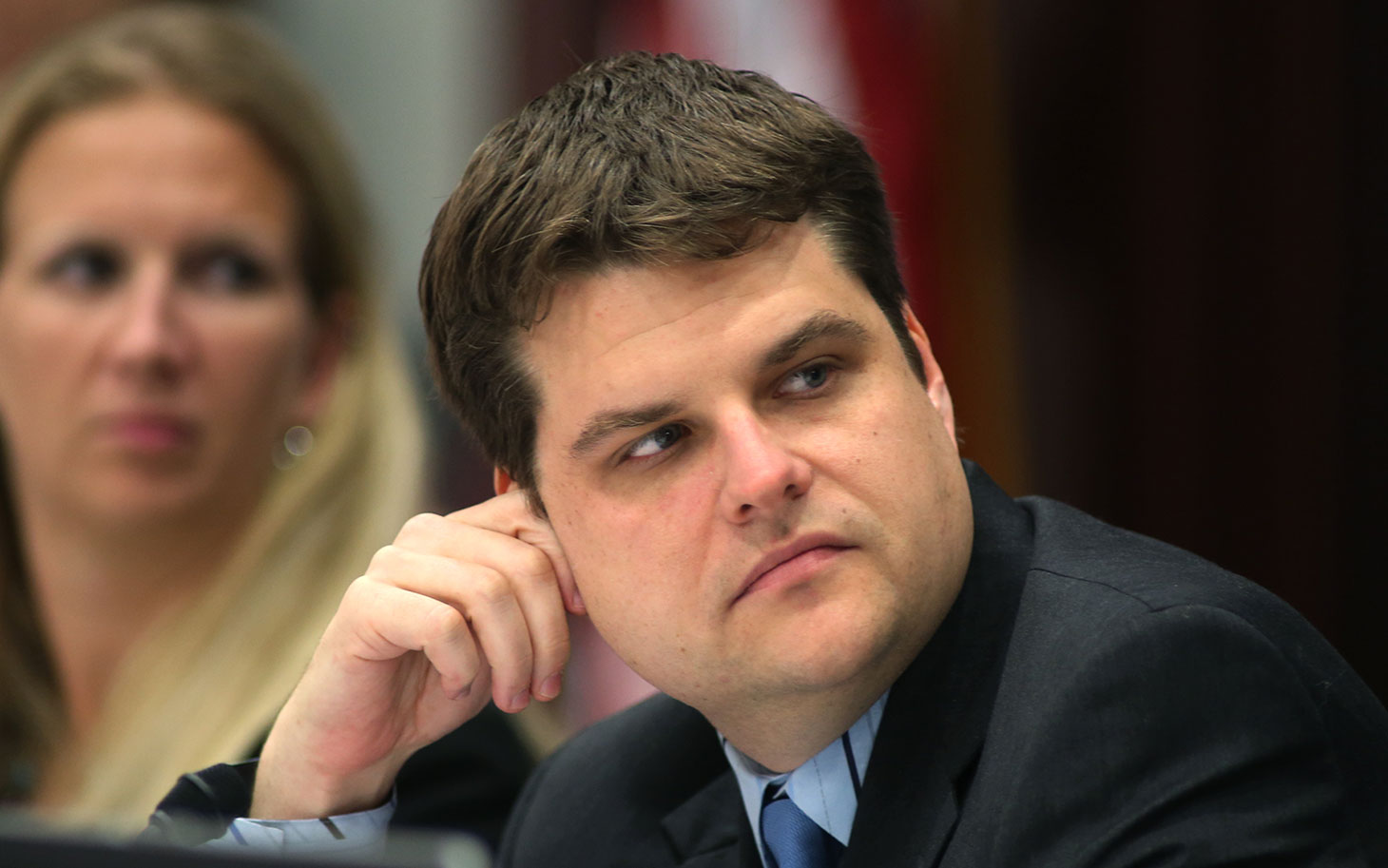 https://twitter.com/ESQPolitics/status/780069471960506368While people in Miami and around the nation mourned the news that 24-year-old Marlins pitching star Jose Fernandez had been killed in a boating accident, Matt Gaetz was stirring up a storm on social media.

“To all who will kneel during the anthem today — just remember how Jose Fernandez risked his life just for the chance to stand for it,”  the Panhandle-area member of the Florida House and U.S. Congressman-to-be tweeted shortly after 10 a.m. on Sunday.

The tweet was directed at San Francisco 49ers quarterback Colin Kaepernick and other professional athletes who have taken to kneeling during the Pledge of Allegiance in protest to racial inequality and oppression in the U.S.

Fernandez escaped his native Cuba in 2007 after serving jail time for three failed attempts. On his fourth try, he jumped into the water and rescued his mother after she fell out of their boat.

The backlash to Gaetz’ tweet was fast and furious.

Other responses were cruder, while others accused the Republican lawmaker and Donald Trump supporter of exploiting Fernandez’ passing for his own agenda.

This is hardly the first time a tweet by Gaetz has sparked outrage.

In May of 2015, Gaetz tweeted about a lawsuit filed by Senate Democrats challenging a House decision to adjourn the regular legislative session early. “This lawsuit reads like it was researched and drafted by Sen Joyner … and spell checked by Sen Bullard,” Gaetz wrote, referring to Tampa Senate Minority Leader Arthenia Joyner, and Miami Senator Dwight Bullard, both of whom are black.

Joyner accused Gaetz of racism at the time, saying, “His words are the kind I have fought against my entire life, the relic of days through which I lived and hope never to live through again.”

Gaetz later apologized for that tweet. On Sunday,  he followed up with a second tweet in reaction to the criticism.

“My point is that while America remains imperfect, so many do so much to enjoy our freedoms. Seems ungrateful to kneel. Just my opinion.”

Gaetz is running against Democrat Steven Specht, an Air Force veteran, in the Congressional District 1 race in Florida. The seat has been held by a Republican for the past 22 years. “Matt has a history of putting a foot in his mouth and now he’s embarrassed the Panhandle on a national level,”  Specht told FloridaPolitics on Monday. “It’s not going to get any better if he goes to Congress.”

politicizing this before the body is even cold?