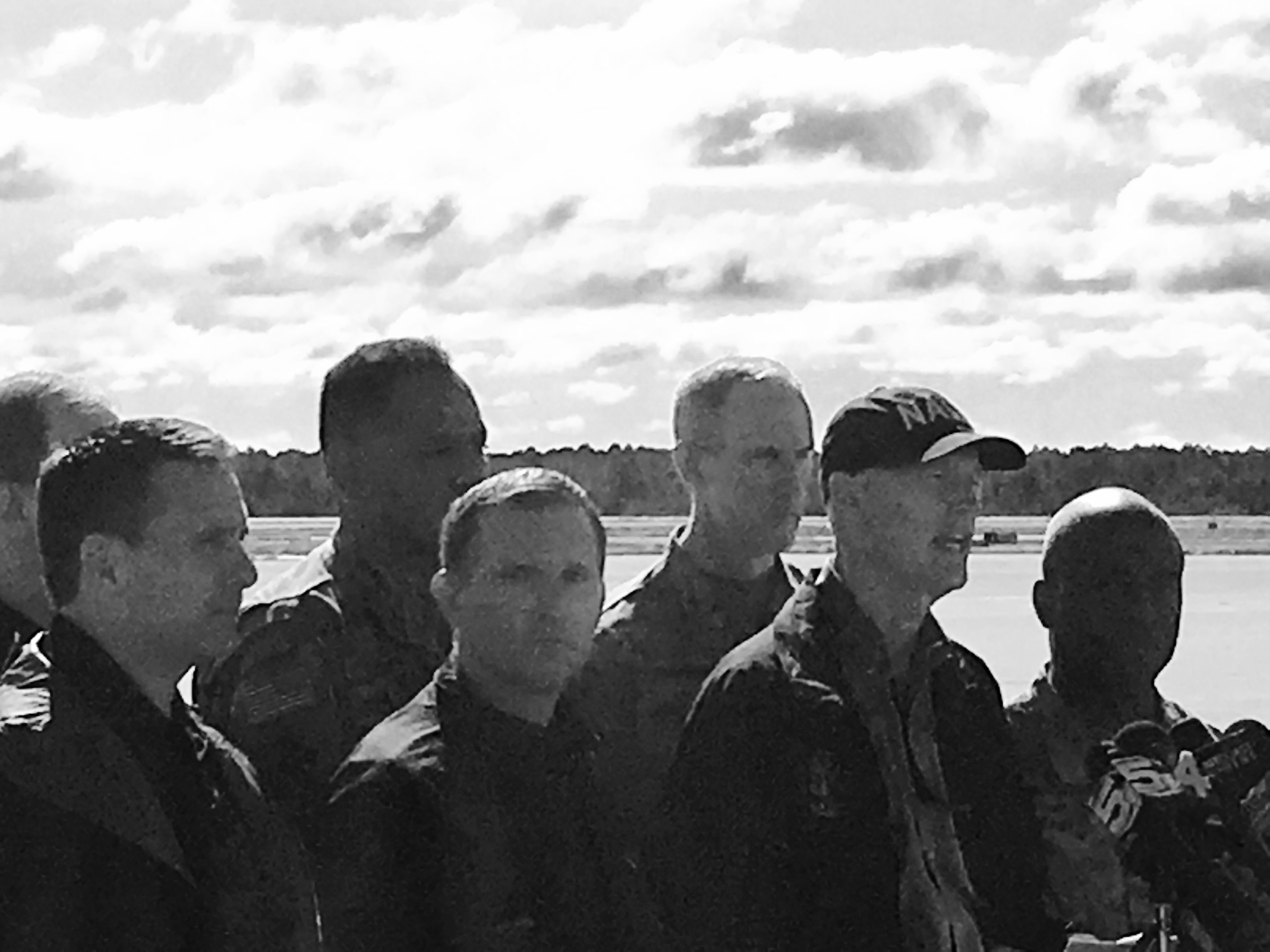 On Saturday, Florida Gov. Rick Scott addressed media in Jacksonville about the aftermath of and the recovery from Hurricane Matthew.

Gov. Scott landed at Jacksonville’s Cecil Commerce Center after surveying damage in a flight from Daytona to Jacksonville.

Before that, he had 15 phone calls with mayors throughout the region, from Hastings and St. Augustine to Callahan and Fernandina Beach.

Scott, with Jacksonville Mayor Lenny Curry, had the following to say.

“We’re blessed that Hurricane Matthew stayed off the coast,” Scott said, as a “direct impact would have been worse for families.”

Scott addressed what he saw this morning from a helicopter.

The water, he said, is “really mucky.”

And, of course, a “lot of flooding, a lot of downed trees, a lot of people without power.”

The National Guard “did a yeoman’s job,” doing the hard work without knowing how their own homes and families would fare.

The state has been in constant contact with the Army Corps of Engineers, and has been working “hand in hand with FEMA.”

Fish and Wildlife is also engaged, doing search and rescue in forests and woods. And the Florida Highway Patrol is helping people get back after evacuations.

Tolls: still stopped through Sunday night statewide. At that point, Scott said his team would reassess.

Power outages are still an issue, with a million statewide without power.

But progress is being made.

Florida Power and Light restored electricity to 725,000 homes already; the residual impact is on Florida’s First Coast and points south.

Volusia: still at 90 percent out.

Flagler: 80 percent. St. Johns County is over 70 percent out, and half of Duval County is without power.

Downed power lines can’t be seen from helicopters; however, the fallen trees can, and Scott noted Volusia has the biggest problem in that regard.

“Crews are coming from all over the country,” Scott said, and this reporter can verify, as an army of power teams were moving in east on I-10 toward Jacksonville Saturday morning.

Florida Power and Light has 15,000 deployed; as they finish their work, they will head up north.

In more optimistic news, there are no fuel issues; the state has a five-day reserve and ports are reopening.

Curfews are still in place in Flagler and Volusia Counties.

With the storm out of the area, Scott noted that a present concern is what people do in the recovery phase, advising people to avoid standing water and handling downed power lines, as well as having generators in their houses.

“Often … families survive tragedy, and then something happens,” Scott said.

There are still questions, such as the impact on homeowners’ insurance rates. Scott vowed to ensure that “policyholders are taken care of.”

But the picture painted in Jacksonville was one of active cooperation between federal, state, and local authorities and stakeholders.

The goal, said Scott: “to make sure we share resources.”

Florida was “blessed this time because we didn’t have a direct hit.”

However, “this is not the last hurricane this state’s going to have,” Scott said.

previousTakeaways from Tallahassee - Cleaning up

nextJoe Redner to Dana Young in new TV ad: "You are the government"