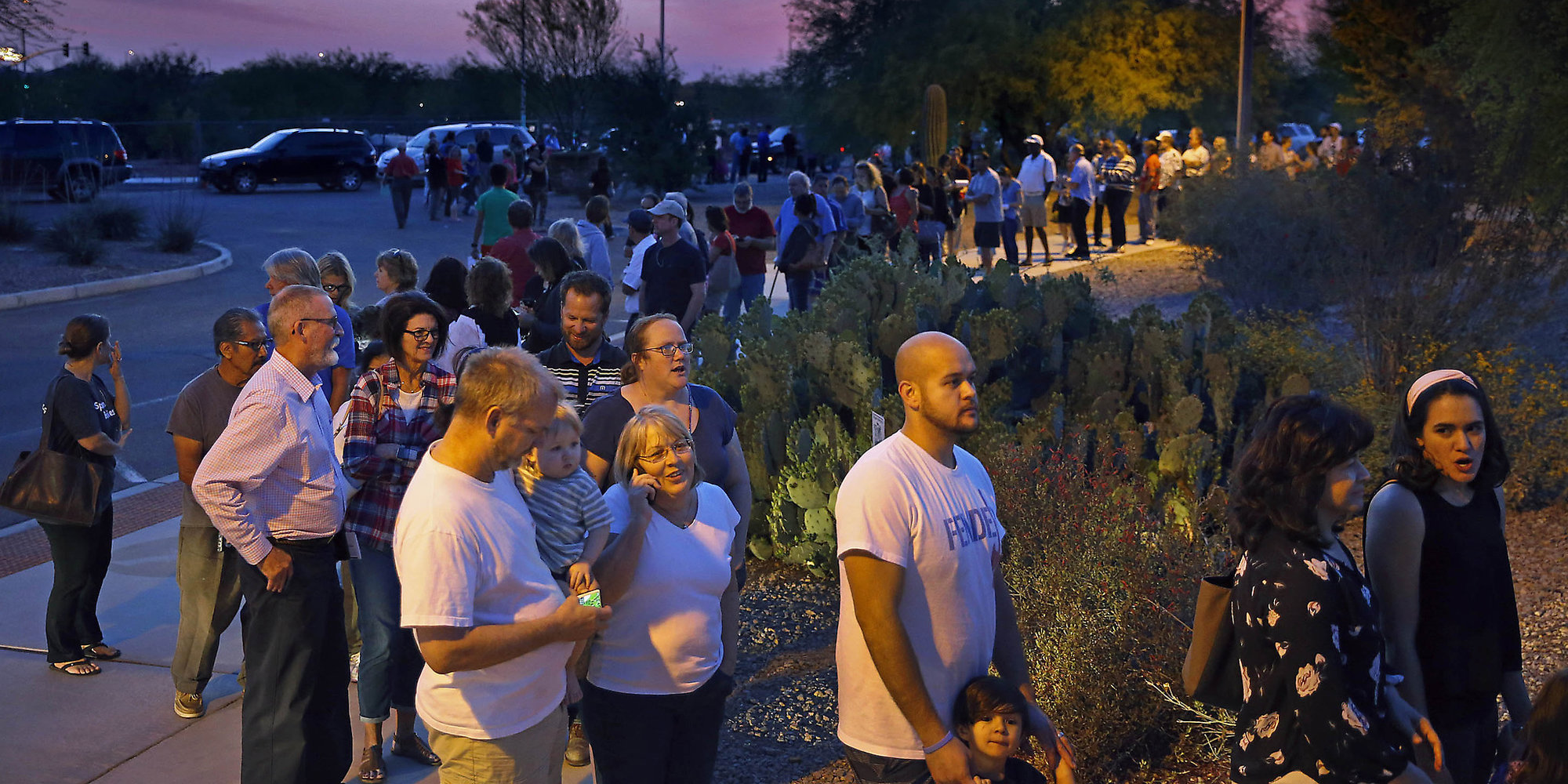 Those are just some of the challenges that could disrupt voting across the country through Election Day. While most elections have their share of glitches, experts worry conditions are ripe this year for trouble at the nation’s polling places.

This is the first presidential election year without a key enforcement provision of the federal Voting Rights Act, and 14 states have enacted new registration or voting restrictions. Adding to the uncertainty is a call by Republican presidential candidate Donald Trump for supporters to monitor the polls for voter fraud and concerns by the federal government that hackers could try to disrupt the voting process.

All this has civil rights advocates on guard.

“There is going to be a lot going on in this election that we are going to have to watch out for,” said Penda Hair, a civil rights lawyer who represented the North Carolina NAACP in its bid to overturn that state’s voter ID law.

With no national standards for voting, rules vary widely across states and even counties.

Voting experts and civil rights groups are encouraging voters to do their research before heading to the polls. That includes checking to ensure they are registered and finding their voting location, as well as understanding their rights if they face any problems.

“People should not leave without casting a ballot,” said Wendy Weiser, head of the democracy program at the Brennan Center for Justice at NYU’s School of Law. “If you are an eligible voter, you should be able to have your vote counted no matter what anyone is saying.”

Adding to the potential for confusion are new voter ID laws in nine states as well as reduced hours for early voting and changes to polling locations in some states.

In North Carolina, at least two counties no longer offer Sunday voting. Deborah Dicks Maxwell, 60, said she is worried that — along with early voting hours largely limited to between 9 a.m. and 5 p.m. — will make it harder for people to cast ballots in her home county of New Hanover. She said Sunday voting was popular during North Carolina’s primary in March.

“With the short hours we have and the high turnout that generally occurs in a presidential election year, someone is going to be in line,” said Dicks Maxwell, president of the New Hanover County branch of the NAACP. “Why penalize the citizens when you could have extended the hours and made it easier for them?”

State officials have said the county didn’t offer Sunday voting in 2012 and that the current plan represents an increase in evening hours available during early voting.

Long lines led to frustration during Arizona’s March primary, when some voters in the Phoenix area waited hours to cast ballots after county election officials opened 60 polling stations — fewer than half what is typical.

Melissa Dunmore, a 26-year-old social worker from Phoenix, still doesn’t know if her primary ballot was counted. She waited an hour to vote, only to be told she wasn’t registered despite checking her status before heading to her polling place. She said she won’t be deterred and plans to vote early this time.

Meanwhile, some 33 states have accepted an offer from the federal government to check their voter databases and reporting systems for vulnerabilities after hackers attempted to breach systems in two states over the summer. Trump’s warning that the election might be rigged along with his call for supporters to monitor polling places has alarmed some advocacy groups who say such comments threaten to undermine voter confidence in the election.

“We are deeply concerned about the chilling effect this call might have on the electorate and minority voters in particular,” said Kristen Clarke, president of the Lawyers’ Committee for Civil Rights Under Law. “And we are concerned about the disruption this will cause for election workers.”

Clarke and others say Trump supporters at the polls could lead to intimidation at a time when the U.S. Department of Justice has had to make substantial changes to its federal election monitoring program following the 2013 Supreme Court decision that struck down a portion of the Voting Rights Act.

For the 2012 election, more than 780 federal observers and Justice Department staff were sent to 51 jurisdictions in 23 states. Now federal election observers can be sent only to those locations where there is a court order, which exists for only a small number of places in five states.

With fewer federal election observers on hand, Attorney General Loretta Lynch said last week that Justice Department employees will be sent instead to at least as many states as 2012. But she did not say how many officials will go and how much access they will have.

previousBob Driver: Why would any woman vote for Donald Trump?