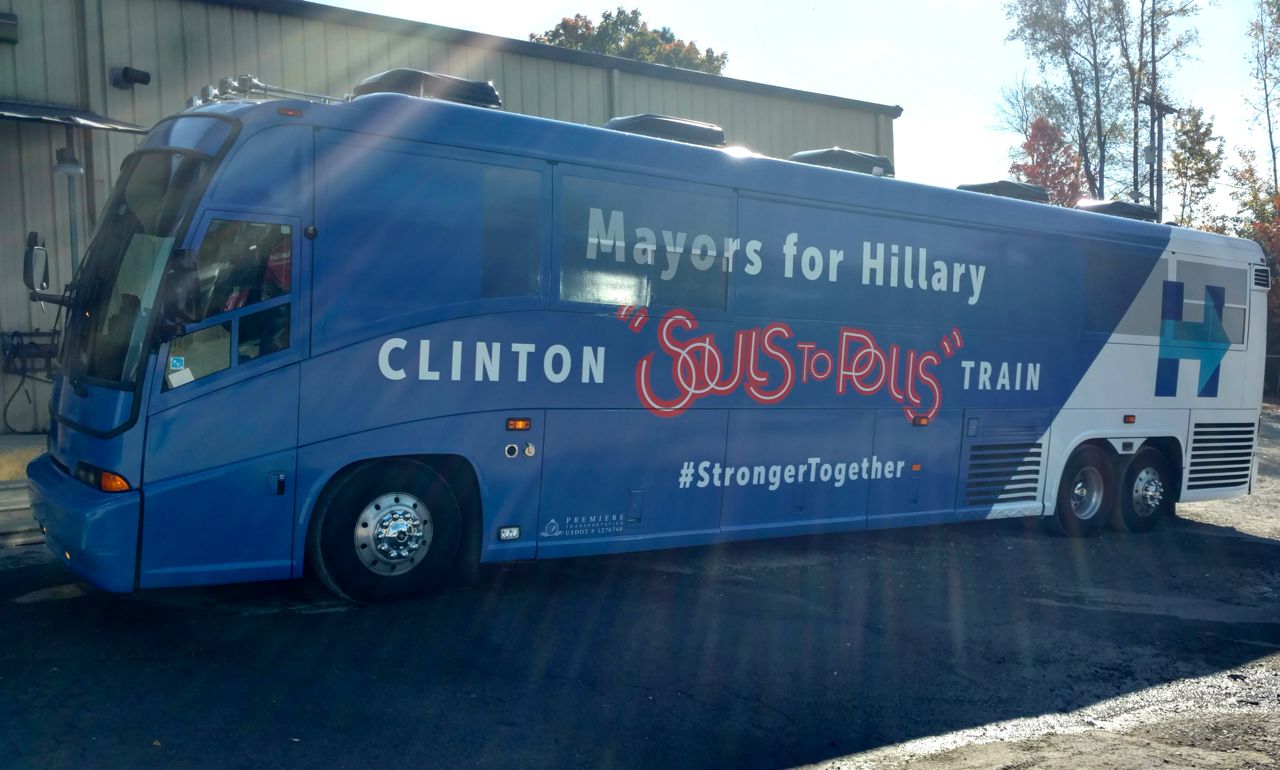 What a party bus this will be. A Democratic Party bus, filled with mayors from Florida including Orlando’s Buddy Dyer, Miami Beach’s Phillip Levine, Tampa’s Bob Buckhorn, and St. Petersburg’s Rick Kriseman, has begun a cross-state tour to campaign for Hillary Clinton.

Hillary for America announced Thursday that those four and 19 other mayors and former mayors — some from out-of-state cities like Detroit, Philadelphia and Dallas — are participating in the tour with at least four stops to promote Clinton’s economic plan and urge people to vote early.

The activity actually began Wednesday night with a kick-off debate watch party in Miami, and will roll Friday to Orlando and Gainesville, and Saturday to Tallahassee, with other stops yet to be scheduled or announced.