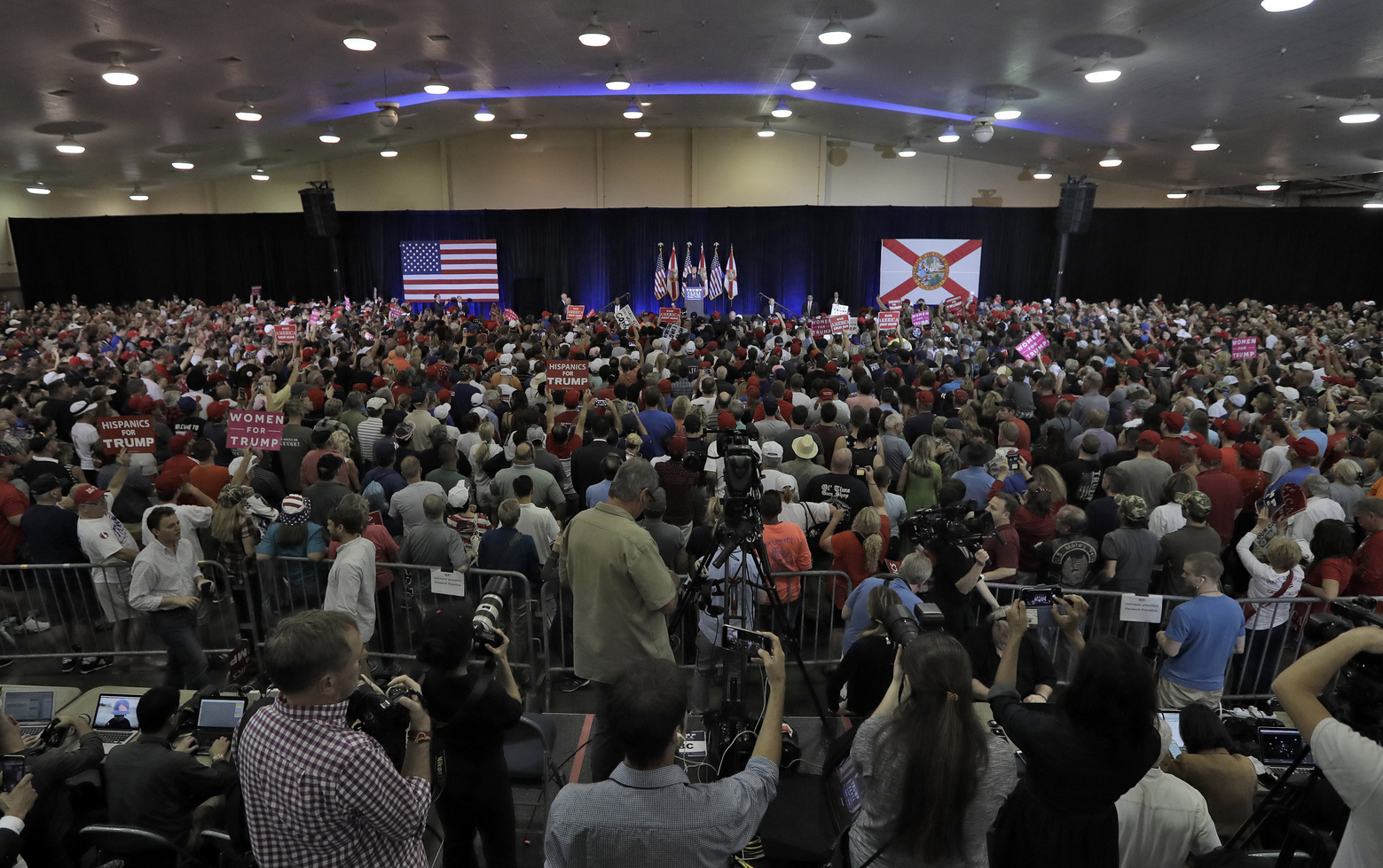 Did Donald Trump succeed in at last winning over college-educated whites uneasy with the billionaire reality TV star? Did he drive a wave of working-class white voters? Did Hillary Clinton rebuild Barack Obama‘s winning coalition – young voters, urban liberals and minorities – while picking off moderate Republicans?

Those questions are central to who will win Tuesday’s presidential election, and a handful of locales could provide some early answers on election night.

The Associated Press has identified 10 counties seen as bellwethers for the Trump and Clinton strategies. All come from battleground states in the eastern time zone, where polls close the earliest. Their importance was determined from conversations with Republicans and Democrats, as well as AP’s own analysis.

This Republican-leaning county, home to Jacksonville, has a solid white majority and sizable black minority, making it look more like the Deep South than south Florida. So a movement in Trump’s favor would mean returns closer to 2004, when George W. Bush won by 60,000 votes, than 2012, when Mitt Romney finished just 16,000 ahead of Obama.

Bush and Obama each won Hillsborough (Tampa) twice, and both are two-term presidents. What makes Hillsborough stand out in 2016 is a growing Mexican-American population. There are already signs that Trump’s hard-line immigration stance is driving up the Hispanic vote: A quarter of the Hispanics who cast ballots in the opening days of early voting hadn’t voted at all in 2012. An expanded electorate (543,000 voted here in 2012) that is less white would benefit Clinton.

In Florida’s most populous county, older Cuban-Americans fuel Republicans (333,000 votes in 2012), while younger Cuban-Americans, other Hispanics and black voters drive Democratic totals (541,000 in 2012).

If Clinton lags Obama’s vote totals with black voters, it could show up here. Trump, meanwhile, could struggle to match the usual Republican performance among Cuban-Americans. Watch for whether Trump’s Miami-Dade vote totals lag far behind those of Sen. Marco Rubio, a favorite among his fellow Cuban-Americans.

Registered Republicans and Democrats are split almost evenly in Wilmington and surrounding New Hanover County, while independents have risen by 10,000 voters since 2012 to outnumber both parties. Obama lost here by 1.5 percentage points in 2008 and slipped to a 4.5 percentage point deficit in 2012. The margin Tuesday could signal how independents are breaking statewide and beyond North Carolina.

In the state’s most populous county, the ranks of voters with no party affiliation have grown by almost 50,000 or 24 percent since 2012, while Republican and Democratic registrations have remained roughly level. How those new voters break in a county Obama won by 56,000 votes (11 points) will help determine the statewide outcome and could portend the leanings of urban independents elsewhere.

This is one of the few nearly all-white counties in the country that split on Obama’s two elections. He won by 4 percentage points in 2008, but his vote totals slipped 13 percent in 2012, resulting in a 3-point loss.

Appalachian State University in Boone anchors the population, which is more educated than the broader North Carolina electorate and includes thousands of students – key Clinton targets. Beyond campus, Watauga has lower income averages and a higher poverty rate, offering Trump an opening.

This is one of three Ohio River counties Obama won in 2008 but lost in 2012. The county is more than 90 percent white. Fewer voters are college-educated than in the general population and median incomes are lower than the national marks – all factors that play to Trump’s strengths. He won here easily in the Republican primary, trouncing home-state Gov. John Kasich.

Obama’s vote slipped 13 percent to about 14,000 here in his re-election campaign, while the Republican total climbed 8 percent to almost 17,000. Those totals alone won’t flip Ohio to the Republican column, but an uptick for Trump in Belmont could herald gains in similar-profile counties across the state, which has a higher proportion of working-class whites than other battlegrounds.

This diverse county, home to Cincinnati, has pockets of everything both candidates are looking for. The city has a large black population. The surrounding areas have college-educated independent and Republican whites Clinton wants, along with working-class whites likely to back Trump. Obama got 225,000 and 220,000 votes here, winning each time by about 6 percentage points. A tighter margin would bode well for Trump.

Obama lost by 0.2 percentage points in 2012, the only metro Philadelphia county he lost after sweeping the metro area in 2008. The Chester population is overwhelmingly white, almost half have college degrees and median income exceeds the national mark. All that makes this county a prime indicator of how Trump is faring among suburban voters who typically back Republicans but are skeptical about Trump.

In Obama’s re-election, his margin in Philadelphia County was much wider than his statewide margin. As rural and small-town counties trend more Republican, the pressure will be on Clinton to replicate that roughly 6-to-1 cushion approaching a 500,000-vote advantage.