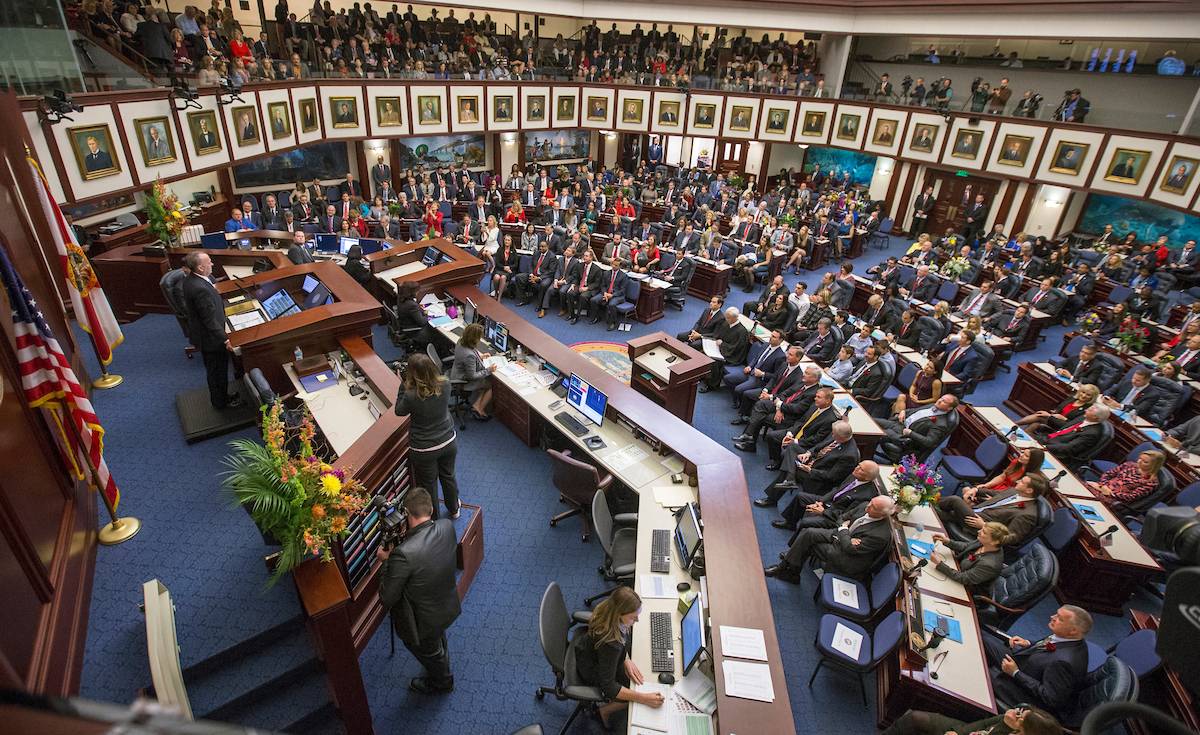 The Florida House is 76 percent male, 66 percent white, and has an awful lot of newcomers this year, according to data released by the Majority Office.

The Republican caucus is 82 percent male and overwhelmingly white, also at 82 percent, with 17 percent Hispanic and 1 percent African-American.

That last would be Rep. Byron Donalds, representing Hendry and Collier counties.

The 41-member Democratic caucus is 63 percent male, and nearly half — 49 percent — are African-American. Whites comprise 34 percent of the caucus, and Hispanics 17 percent.

On the Democratic side, Janet Cruz of Tampa is minority leaders — the first Hispanic woman to hold the post.

About those newcomers: There are 49 freshmen in the House this year, including 27 in the GOP caucus and 22 Democrats. Only 20 members are in their fourth year of service, including 17 Republicans and three Democrats.

Southeast Florida sent the most representatives to Tallahassee — 39. North Central Florida sent the fewest (8), followed by Jacksonville (9), the Panhandle (10), Southwest Florida (13), Tampa (19), and Orlando and the Space Coast (22).

previousLeague of Women Voters puts Chuck O'Neal on its board