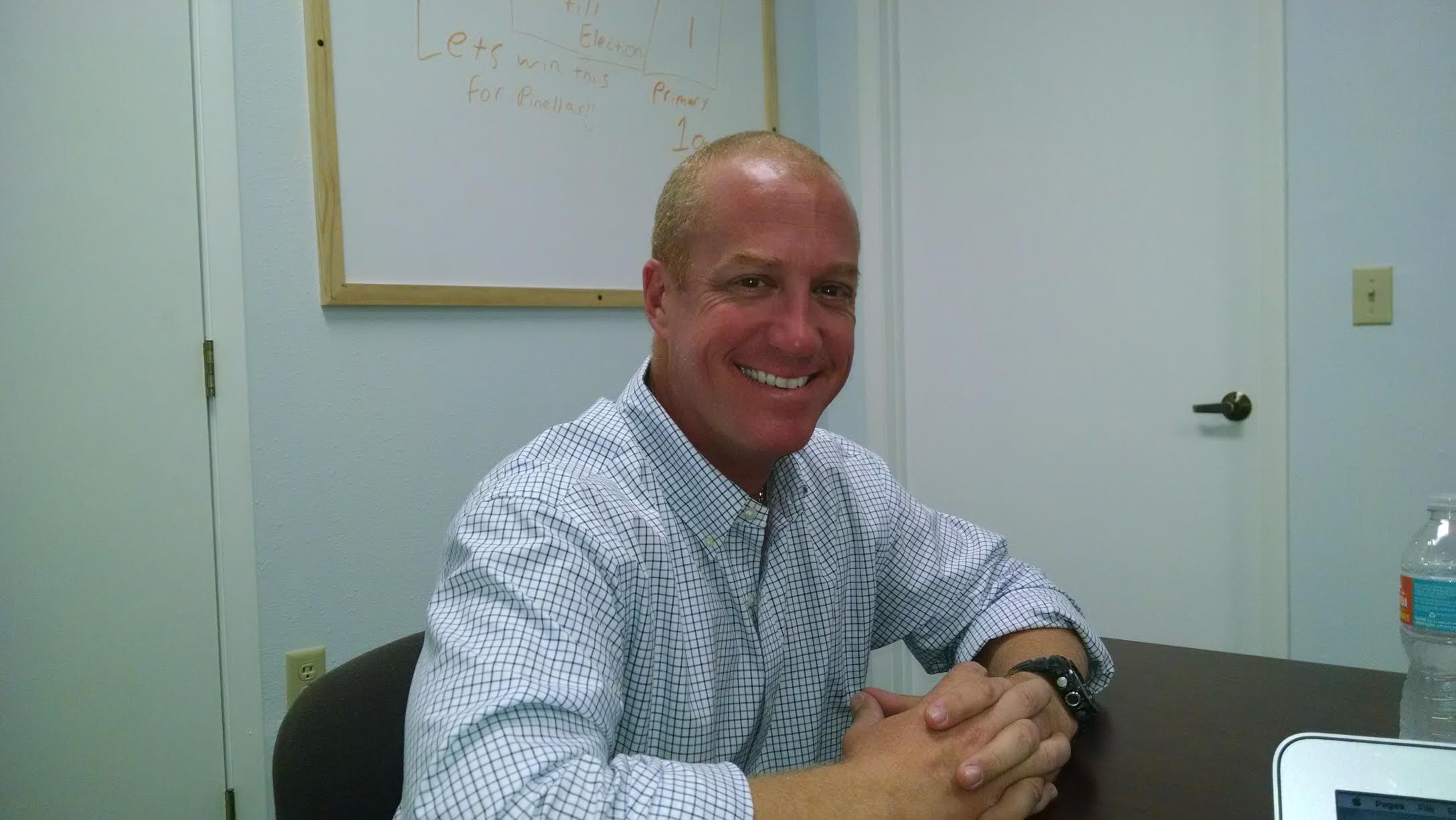 After successfully leading his county into the red in last month’s presidential election, newly re-elected Pinellas County Republican Party Executive Committee Chairman Nick DiCigle is thinking ‘bigly’ for 2017. At next month’s state party meeting in Orlando, he intends to run for the Chairman’s Caucus Chairman, the leader of all 67 county GOP leaders from across the state.

“My goal – if successful – is to share what worked for us here in Pinellas County with the other chairmen in the state of Florida,” DiCeglie said last week in an interview at the Pinellas GOP’s offices in Clearwater.

Initially elected in 2014 and re-elected Monday night, DiCigle says that unlike many other county chairs across the state, he has the luxury of being in a large county with a substantial donor base and other resources that he’s been able to adroitly tap into.

“I want to be able to share not on my successes and our successes here in the party, but to share those successes, so that collectively we can come together as a group of chairmen, (so) when these folks go back to their counties, they’re more knowledgeable, they’ve  learned something, and they can improve what their doing locally, that’s the ultimate goal,” DiCigle says.

The Long Island native has been active with the Pinellas Republican Party since 2009. After a stint as vice chair, he was elected chairman of the REC in 2014 when he defeated two other challengers to take the reigns of the local party. His biggest accomplishment to date was leading Pinellas to go red for Donald Trump in last month’s presidential election, a significant development in comparison to 2012, when Barack Obama defeated Mitt Romney by nearly ten percentage points in the county.

DiCeglie is aware that some of the migration to the local Republican party in 2016 emanated directly from those attracted to Trump, and that some of those voters don’t necessarily have that strong of an allegiance to the GOP. His goal is to make them want to stay in the party.

“I think this is an opportunity for Republicans,  and we have a responsibility as a local party as well to change minds, and as we change minds, and as things improve in this country, we’re going to be able to not only register Republicans as voters, we’re going to bypass the Dems by significant margins,” he says, adding that one of his goals over the next to years is to “identify, engage, communicate and motivate this new electorate.”

The next big thing in Pinellas when it comes to elections is the St. Petersburg Mayor’s race, taking place next November. And while Rick Kriseman has been struggling at City Hall regarding  his handling of the sewage crisis, he still doesn’t appear to be in danger for re-election unless Rick Baker were to leave the private sector and run for the job he held from 2000-2009.

DiCeglie acknowledges that the list of potential challengers to Kriseman begins with Baker, but says if he doesn’t pull the trigger “there are other Republicans that we’re going to be engaging,’ though he says he can’t say who those people are just yet. He grows impassioned when discussing what he says has been a distressing lack of leadership at City Hall.

The GOP leader scoffs at the idea that the mayoral race is nonpartisan. “Tell that to Rick Kriseman,” he says. “He made that race extremely partisan four years ago,” referring to the tens of thousands of dollars that the Florida Democratic Party contributed to his campaign in 2013.

“We certainly want to play a role,” he says about the municipal election, where four City Council seats will also be on the ballot. “We don’t know exactly what that’s going to be, but there’s a significant concern about the direction about the city of St Petersburg, and we’re firm believers that any leader of mayor, who focuses on limited government and fiscally conservative values is certainly better than what we’re seeing right now.”

Regarding the election for state party chair, DiCeglie is a Blaise Ingoglia man, but says he’s friends with his challenger, Sarasota state committeeman Christian Ziegler. “They’re both great people, and either way, we’re going to have a very strong party coming into this next cycle, no question about it.”

previousSunburn – The morning read of what’s hot in Florida politics – 12.13.16

nextNew poll shows Rick Kriseman is popular, but could lose to Rick Baker in 2017