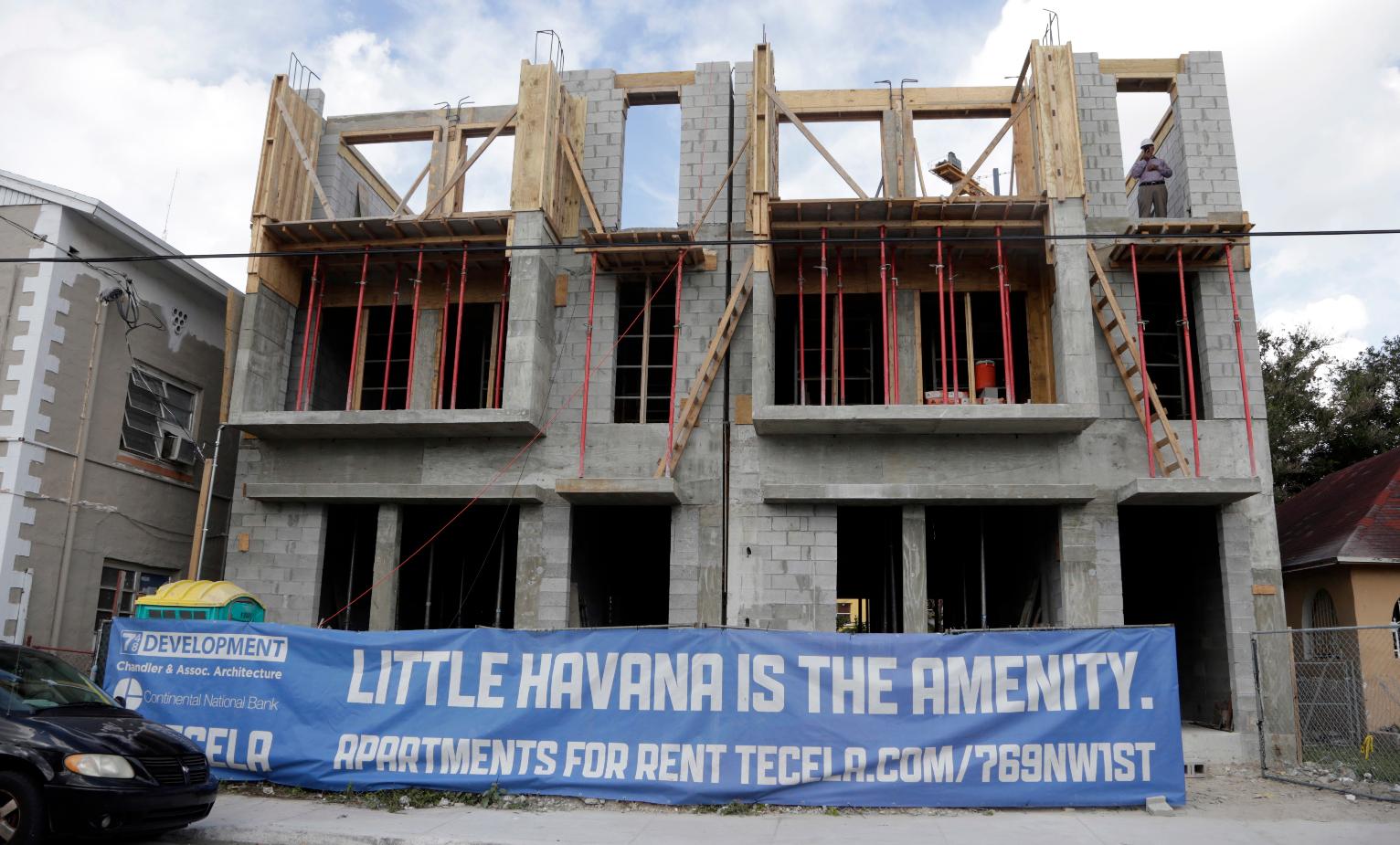 Historic preservation groups announced a partnership Friday with city officials to save Miami’s Little Havana, bidding to safeguard its heritage as the famed epicenter of the Cuban diaspora was placed on a list of “national treasures.”

The nonprofit National Trust for Historic Preservation said awarding its special designation for the Spanish-speaking enclave is just one step of the partnership to protect Little Havana from large-scale developers who are transforming much of downtown Miami.

Home to a vibrant community of Cuban heritage and many others from around Latin America, Little Havana is under multiple threats: Demolition of historic buildings, displacement of its existing residents, and decades of wear and tear. The same organization placed the neighborhood in its annual list of America’s 11 most endangered historic places in 2015.

But she cautioned: “We want all that to remain but at the same time we know that communities need to adapt and change overtime to meet the needs of the residents.”

She said the “national treasures” designation also will help allied organizations, city officials, residents and investors unite to discuss ways to improve the living conditions of its working-class population, preserve historic buildings and allow moderate development of its neglected areas.

In coming months, planners and developers are to discuss what to do with vacant lots, abandoned buildings and consider which historic sites are worth protecting. And starting in March, they will hold workshops with residents and city officials to share their plans.

“There are many bad buildings and people with a poor quality of life here,” said Daniel Martin, a handyman who settled in Little Havana after leaving Cuba 15 years ago. “Since I don’t speak English, this was the right place for me to be.”

The neighborhood’s signature street, Calle Ocho, is one of the top spots most frequented by tourists after Miami Beach. It features cigar shops, art galleries and mom-and-pop stores where Cubans and their descendants reminisce about the island. Visitors sip aromatic Cuban coffee, eye daily games of dominoes by locals and take selfies at the Versailles restaurant, hub of the exile community.

“My hope is that tears and the dreams of hundreds of thousands of people will not be forgotten,” said Miami Mayor Tomas Regalado, speaking at Friday’s event to announce the partnership. “My hope is that history is not rewritten and the anguish of the Cuban exiles, the Nicaraguans is forever erased.”

Located just west of downtown Miami, Little Havana grew in the 1960s as Cubans fled Fidel Castro‘s communist Cuba. The neighborhood has changed some in recent decades as new immigrants have arrived from Central America and Colombia, opening new restaurants and stores.

Some developers have taken risks to refurbish old buildings such as Hugh Ryan, who took what he calls “the worst crack house in the neighborhood” and turned it into a two-story pastel green building with a royal emblem of a salamander on its facade.

“Anything can be saved. The whole neighborhood is trying to do that now,” said Ryan, pointing to a similar two-story apartment building next door and two other buildings across the street that have been renovated in East Little Havana.

Andrew Frey, who is building an 8-unit apartment building, put up a giant blue sign outside that reads “Little Havana is the Amenity.”

“We don’t offer pools, gyms or spas here,” he said about his construction. “Little Havana has history, culture. It has real people. It has a narrative you can’t control.”

previousPlea in murder case from unlikely spot: the victim, a priest