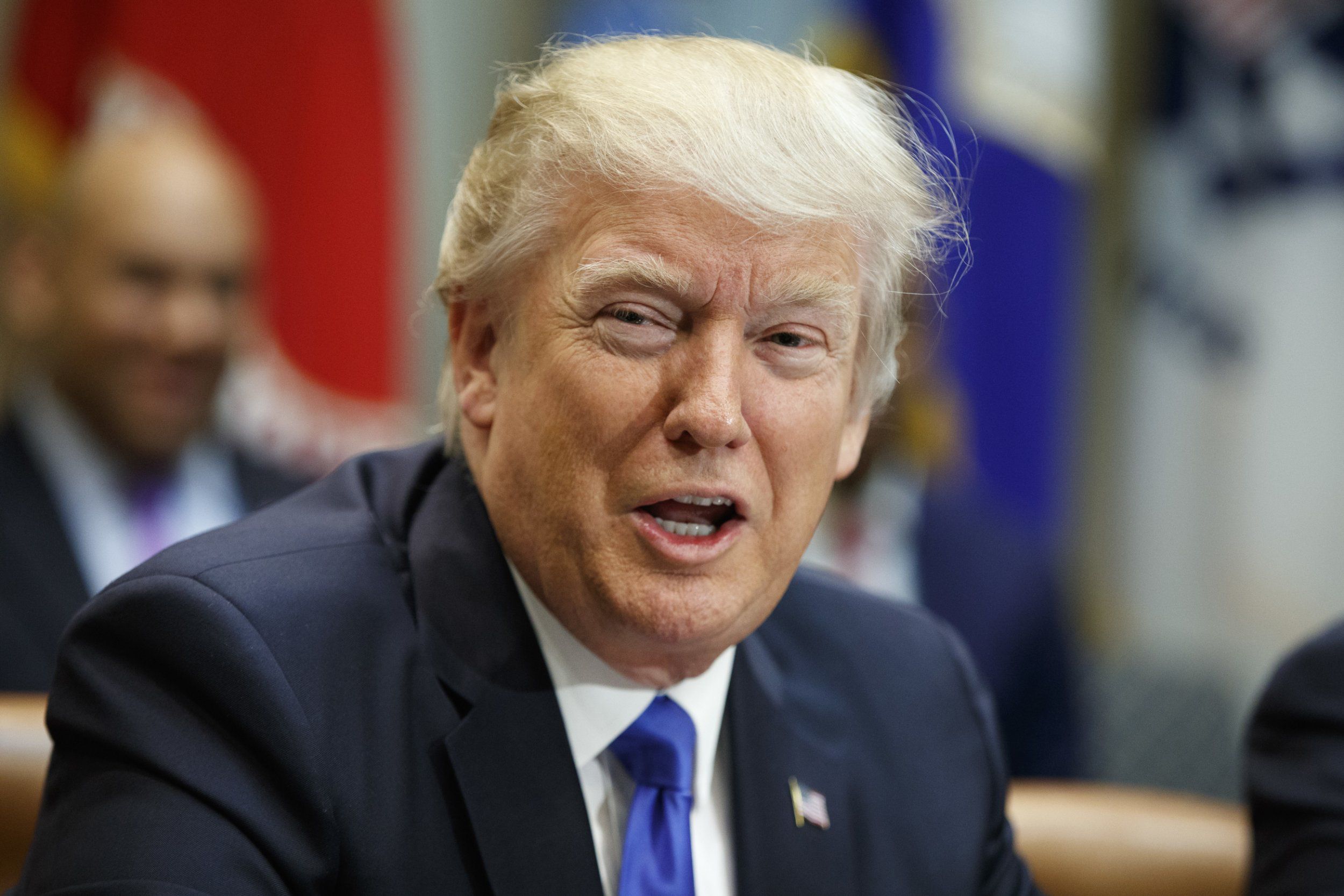 President Donald Trump insisted Thursday that comments by his Supreme Court nominee criticizing his own attacks on the judiciary were “misrepresented,” even as Republican and Democratic lawmakers vouched for the veracity of the remarks.

Trump responded after private rebukes from Judge Neil Gorsuch, who said in meetings with lawmakers on Wednesday that the president’s comments about federal judges were “disheartening.”

Gorsuch, who was nominated by Trump last week to the nation’s highest court, made the comments in meetings with senators after Trump accused an appeals court panel considering his immigration and refugee executive order of being “so political.” Over the weekend, he labeled a judge who ruled on his executive order a “so-called judge” and referred to the ruling as “ridiculous.”

Democratic Sen. Richard Blumenthal of Connecticut first relayed Gorsuch’s remarks on Wednesday following a meeting with him. Trump’s own confirmation team for Gorsuch later confirmed he had made the remarks.

But Trump said during a Thursday luncheon with senators that Blumenthal had misrepresented Gorsuch. “His comments were misrepresented. And what you should do is ask Senator Blumenthal about his Vietnam record that didn’t exist after years of saying it did,” he said.

Blumenthal, who served in the Marine Corps Reserves during Vietnam, apologized in 2010 for saying he had served in Vietnam.

The president made the comments while making the case for Gorsuch during a luncheon with 10 senators, including six of Blumenthal’s fellow Democrats.

“He needs to condemn Donald Trump’s attacks publicly and it needs to be much stronger, more explicit and direct than has been done so far,” Blumenthal said. “Unless it is done publicly in a clear condemnation, it will not establish his independence.”

Lawmakers from both parties quickly vouched for the veracity of the remarks the senator said Gorsuch made. GOP former Sen. Kelly Ayotte, who is helping with Gorsuch’s confirmation and was at the meeting, issued a statement saying Gorsuch made clear he was not referring to any specific case. But she said the nominee said he finds any criticism of a judge’s integrity and independence to be “disheartening and demoralizing.”

Senate Minority Leader Chuck Schumer, D-N.Y., and Sen. Ben Sasse, R-Neb., each confirmed that Gorsuch made the same comments to them.

Sasse told MSNBC’s “Morning Joe,” ”Frankly, he got pretty passionate about it.” He added that Gorsuch said any attack on the “‘brothers or sisters of the robe is an attack on all judges’.”

Fellow Connecticut Democratic Sen. Chris Murphy came to Blumenthal’s defense Thursday, lashing out in a tweet directed at Trump: “Ha! As a prosecutor, Dick used to put guys like u in jail. Now, u use your position to mock vets, he uses his to make their lives better.”

Gorsuch’s comments came at the end of a week of meetings with members of the Senate, which is considering his nomination. His response may have been aimed at drawing a line of separation with the new president.

The 9th U.S. Circuit Court of Appeals is weighing the appeal of Trump’s executive order on immigration, which included a temporary travel ban on people from seven Muslim-majority countries. In a hearing Tuesday, judges on the appeals court challenged the administration’s claim that the ban was motivated by terrorism fears, but they also questioned an attorney’s argument that it unconstitutionally targeted Muslims.

Trump told visiting police chiefs Wednesday that a portion of the immigration law gives him the power to enact the ban, calling it “beautifully written” and saying, “A bad high school student would understand this.”

“Courts seem to be so political and it would be so great for our justice system if they would be able to read a statement and do what’s right,” Trump added. “And that has to do with the security of our country, which is so important.”

Since a lower-court judge blocked the order last week, Trump has assailed the decision, leading legal experts, Democrats and some Republicans to question whether his remarks might jeopardize the independence of the judiciary. Others have expressed fears he may be attempting to use political influence to sway the courts.

The president has repeatedly said foreigners are “pouring in” since the ban was put on hold and suggested that blocking the order would be dangerous for U.S. citizens.

On Wednesday he tweeted, “Big increase in traffic into our country from certain areas, while our people are far more vulnerable, as we wait for what should be EASY D!”

The administration has not provided any information to support his claims.