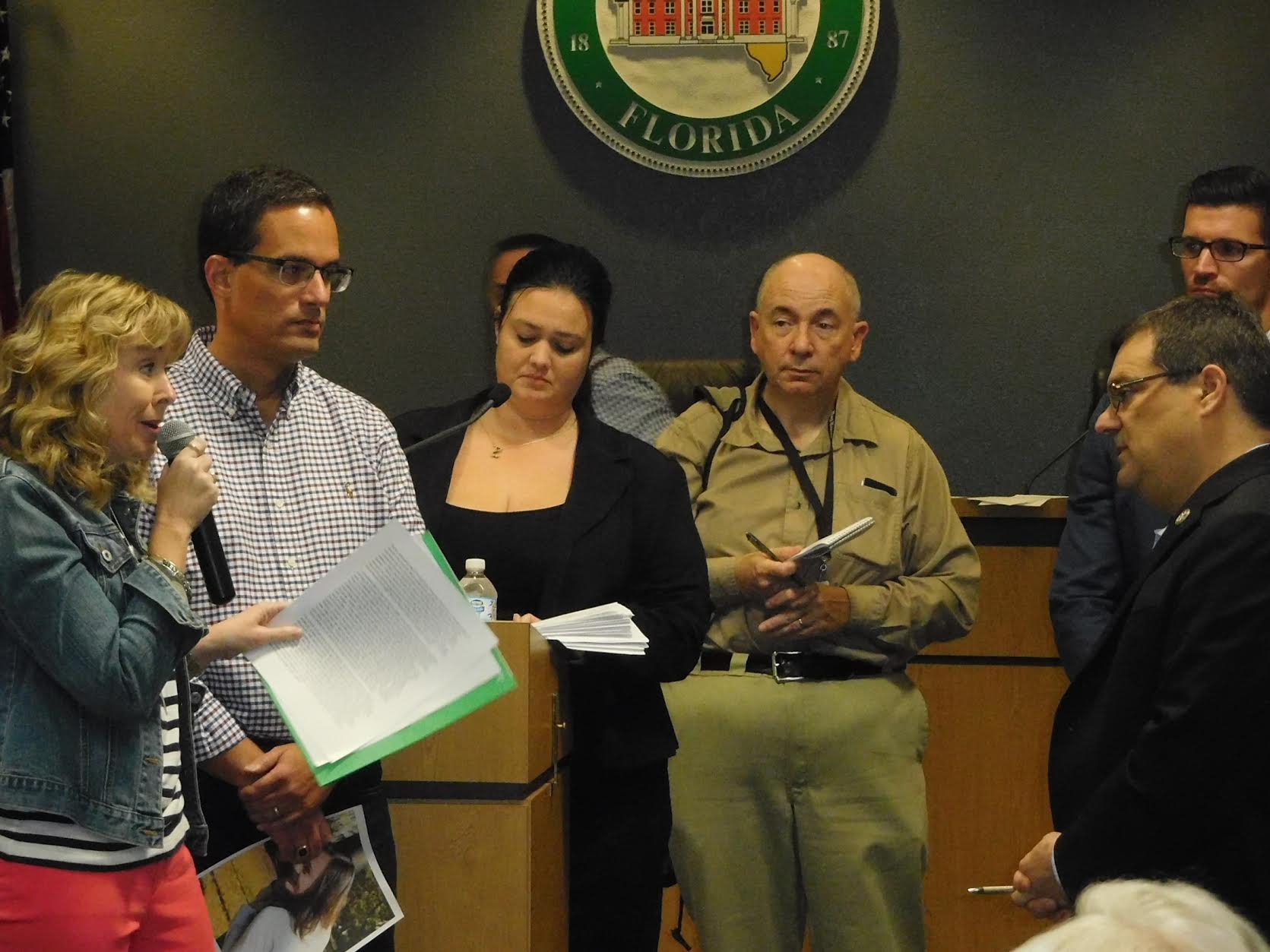 For the second consecutive Saturday, Tampa Bay U.S. Representative Gus Bilirakis waded into a lion’s den of sorts, hosting a town hall meeting that was dominated by those pleading with him to vote to improve – but not replace – the Affordable Care Act.

As hundreds crammed into the West Pasco Government Center in Florida’s 12th Congressional District (with at least another hundred listening to the meeting via an audio transmission outside the chambers), the atmosphere was at times raucous and rude, although the audience was overwhelmingly dominated by Democrats and supporters of the health care law.

It’s a scene that’s playing out throughout the country, as Republicans are being met with fervent Democratic activism, a level at which has not been seen in decades. The energy has been compared to the Tea Party rebellion that flared up during the town hall meetings that Democrats held eight years ago when rolling out the ACA, with one of the most infamous being a Kathy Castor town hall in Ybor City that made national headlines.

Bilirakis is on record as voting to repeal the Affordable Act Act, but he expressed sympathy with those who are worried about the uncertainty of what comes next, now that the Republicans control all branches of the federal government and are charging full ahead of doing something different with the health care system.

“We do have some bills that are filed. However, the replacement bill has not been filed,” the Tarpon Springs Republican admitted in his opening remarks to the crowd. “There is a blueprint. But that’s why were here to add to that blueprint, and that’s why I want to hear your personal stories — how Obamacare has affected you.”

But using the “O” word was a mistake to many of the Democrats in the room, who began shouting at him.

“Okay, excuse me, the ACA,” he corrected himself, while noting that Nancy Pelosi (and Barack Obama himself) has referred to the 2010 law as Obamacare.

Bill Akins, the secretary of the Pasco County Republican Executive Committee further inflamed the crowd when he brought up one of the issues that ignited Tea Party activists at town hall meetings back in 2009 – the famed “death panels.”

“There is a provision in there, that anyone over the age of 74, has to go before, what is effectively, a death panel-“

As soon as Akins finished pronouncing “panel,” the crowd erupted into arguably the loudest amount of jeering from the two hour meeting.

“OK, children. Alright, children,” Akins stated, mocking the crowd (The segment was shown throughout the day on CNN).

A few moments later, 77-year-old Pat Seeley told Akins he was full of it.

“I think it is unconscionable for this politician to tell me at 74, I will be facing death panels.”

It should be noted that PolitiFact judged the death panels argument as the “Lie of the Year” in 2009.

Immediately following Akins to the mic was Beverly Ledbetter, the secretary for the Pasco County Democratic Executive Committee. She thanked Bilirakis for “having the courage” to host a town hall, which “so many of your compatriots are cancelling.” But she said it wasn’t enough for the six-term congressman to listen to his constituents. No, she said, it was incumbent on him to act on what the voters were saying.

“I’m asking that you make a commitment to us and you act the way that we, the people who elected you and sent you to Washington D.C. to be our voice, and to vote according to the directions that we have, and not the line of the Republican Party,” Ledbetter said.

Although there were plenty of speakers who sang the praises of Obama’s signature domestic achievement, there were several others who acknowledged that improvements were essential to improving the ACA, though the underlying message to Bilirakis was not to dismantle it without something similar in scope.

Like President Trump and many other Republicans, Bilirakis said he wants to retain the bill’s most popular provisions: no more discriminating against pre-existing conditions; no more lifetime caps; and keeping people under 26 years of age on their parents policy.

The chief nemesis called out by the ACA supporters at the meeting wasn’t Republicans, but the health care industry, followed by the pharmaceutical industry.

Sitting in a wheelchair, Ellen Floriani said that she was hit with a hospital bill of $98,000, but because of Medicare, it was negotiated down to $6,000, with her co-pay only $1,000. “Those of you under 65, don’t you wish you had that kind of coverage?” she asked, adding that everybody could get that type of coverage if a Medicare-for-all (i.e., single payer) system was implemented, a sentiment several other people suggested as well.

It wasn’t all nastiness. One speaker said Congress should look at adding an excise tax on marijuana purchases. “There’s a lot of states now selling marijuana for recreational use, and this is an excise tax to plug the hole and subsidize the deductibles that people have.”

The crowd wasn’t devoid of Republicans who proudly said they supported Donald Trump for president.

“My request to you is to rip the Obamacare bill, the way it is now, to shreds,” asked Pete Franco to Bilirakis. “There’s plenty of people obviously who like Obamacare, but there’s a massive amount who don’t.”

“Alternative news,” yelled an ACA fan from the back.

And so it went. Bilirakis promised to hold a third town hall meeting soon, at a place to be determined.

While he was earning plaudits from even his sternest critics for facing the heat on the issue, countless Democrats managed to sneak in a diss to another prominent Florida Republican not in attendance.

“Where’s Marco?” was a refrain heard throughout the morning. Democrats contend Senator Marco Rubio has been AWOL in even having staffers answer calls in his Washington or local district offices over the past couple of weeks.

previousTakeaways from Tallahassee — In The Zone