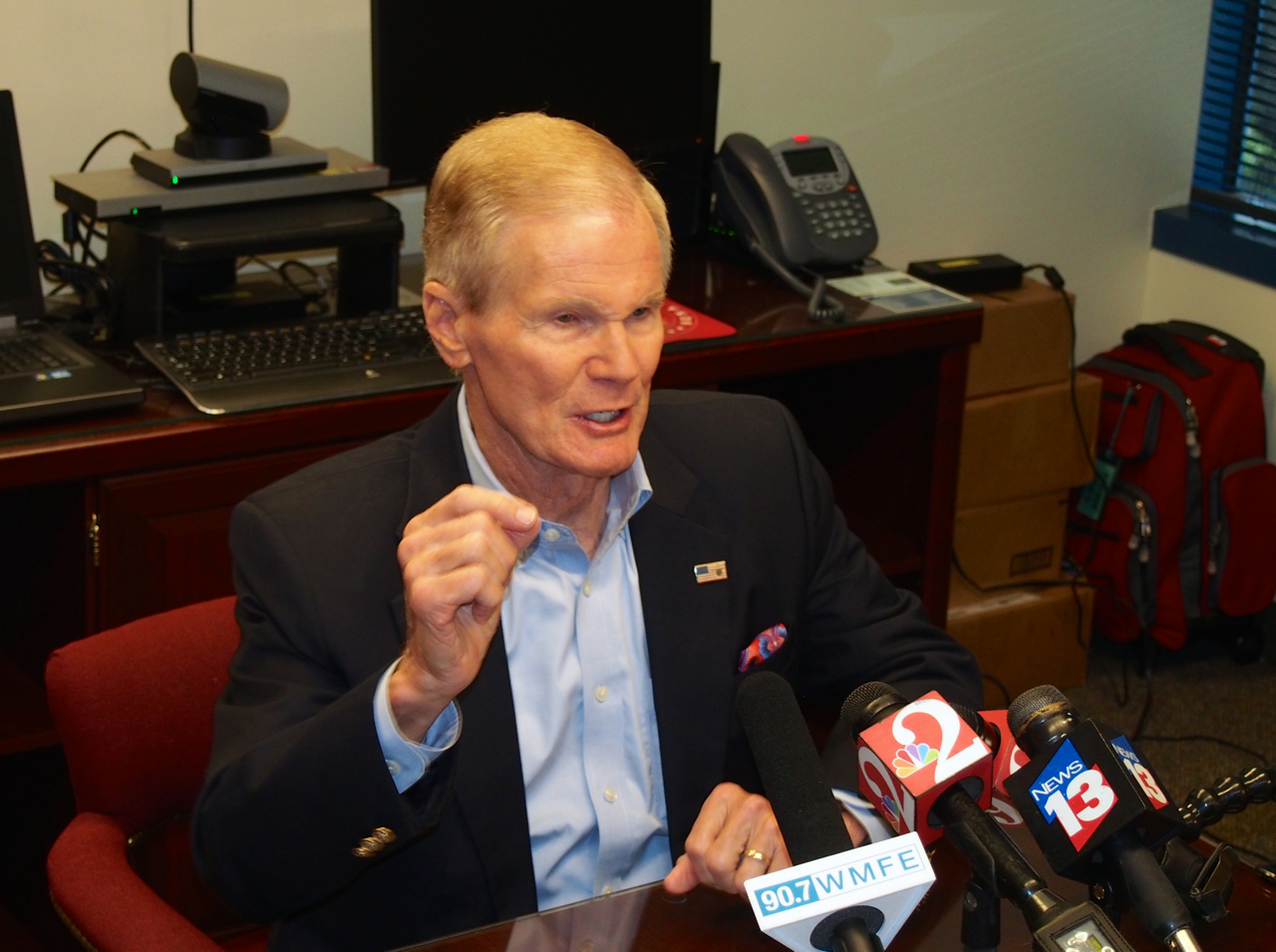 Is Sen. Bill Nelson up for a contested Democratic primary in his re-election bid next year?

“You want to do a contest on pull-ups or push-ups?” Nelson replied to a reporter who asked that question during an informal news conference in Tallahassee Monday.

News reports have mentioned Tim Canova, who tried and failed to replace Debbie Wasserman Schultz in Congress, former U.S. Senate candidate Pam Keith, and state Sen. Randolph Bracy as primary challengers to Nelson, 74, widely seen as a moderate at a time when his party is enflamed by anti-Donald Trump fervor.

“With about five candidates in the race, he got something like 1 percent of the vote,” Nelson said.

Nelson visited Tallahassee to speak to STEM students at Florida A&M University and deliver a pep talk to the Senate Democratic caucus.

“My message is going to be: It’s worth it to keep fighting for your values.”

He acknowledged re-election won’t be easy — particularly if Gov. Rick Scott gets in as expected and invests some of his personal fortune.

“We have to assume that the Democratic candidates for governor and in my race for the Senate will always be outspent,” Nelson said.

“In the federal races, you have so many of these unlimited, undisclosed PACs. It makes it harder for me to raise large sums of money. Until the Supreme Court changes that or Congress does, it will be an imbalance.”

Will Trump be a factor?

Democratic senators must defend 10 states that Trump won, including Florida. Nelson observed that many of those margins were quite close — 116,000 in Florida, 50,000 in Pennsylvania, 30,000 in Michigan, and 10,000 in Wisconsin.

And this — “You omitted the big factor. Charles Schumer. He’s a money-making machine,” Nelson said, referring to his Senate party leader.

He praised Stephen Bittel, the new chairman of the Florida Democratic Party for his fundraising ability — not easy, he said, in a state where Republicans dominate government and the lobbying corps.

“Stephen, he’ll go around the lobbying corps,” Nelson said. “He’ll go to all his outside contacts.”

Nelson talked up legislation he and Marco Rubio have filed that would require the U.S. Army Corps of Engineers to reassess and redistribute shares of the Chattahoochee-Flint-Apalachicola river system to be fair to Alabama, Florida, and Georgia.

And he warned that turning Medicaid into a block grant program, as many Republicans in Washington and Tallahassee would like to do, would deal a “double whammy” on poor people in states like Florida, which didn’t expand coverage under the Affordable Care Act.