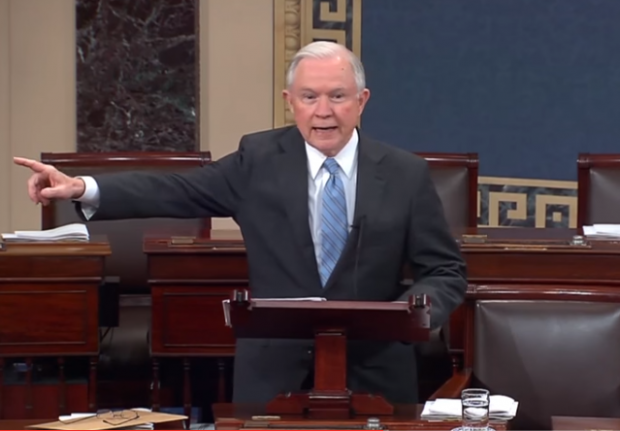 Marco Rubio wants to know more about why Attorney General Jeff Sessions failed to disclose that he met twice with the Russia’s U.S. Ambassador during the presidential campaign.

Despite that, the Florida senator isn’t willing to say that he should recuse himself from investigating ties between Donald Trump‘s surrogates and intermediaries for the Russian government.

Not yet anyway, despite the fact Sessions said in his Senate confirmation hearing last month that he’d never met any Russian officials during Trump’s campaign.

The Florida Senator went on to say that “in the interest of fairness, and in his best interests, should potentially ask someone else to step in and play that role. Again, we’re not there yet, but we could be, and so we just need to start thinking about those things.”

The Washington Post reported Wednesday that one of the meetings between Sessions and Russian Ambassador Sergey Kislyak that took place in September in the senator’s office, at the height of what U.S. intelligence officials say was a Russian cyber campaign to upend the U.S. presidential race.

Sessions himself told NBC News today that if it were appropriate, he would recuse himself. However, Sessions insisted that he had not met “with any Russians at any time to discuss any political campaign.”

Two House Republicans — Utah’s Jason Chaffetz and California’s Kevin McCarthy, said on Thursday that Sessions should recuse himself from any investigation regarding the Russians.

“I’m not interested in being part of a witch hunt, but I also will not be a part of a cover-up,” Rubio told NPR, adding that “Nobody has been tougher on the Russia issue than I have, I believe, and I will continue to be.”