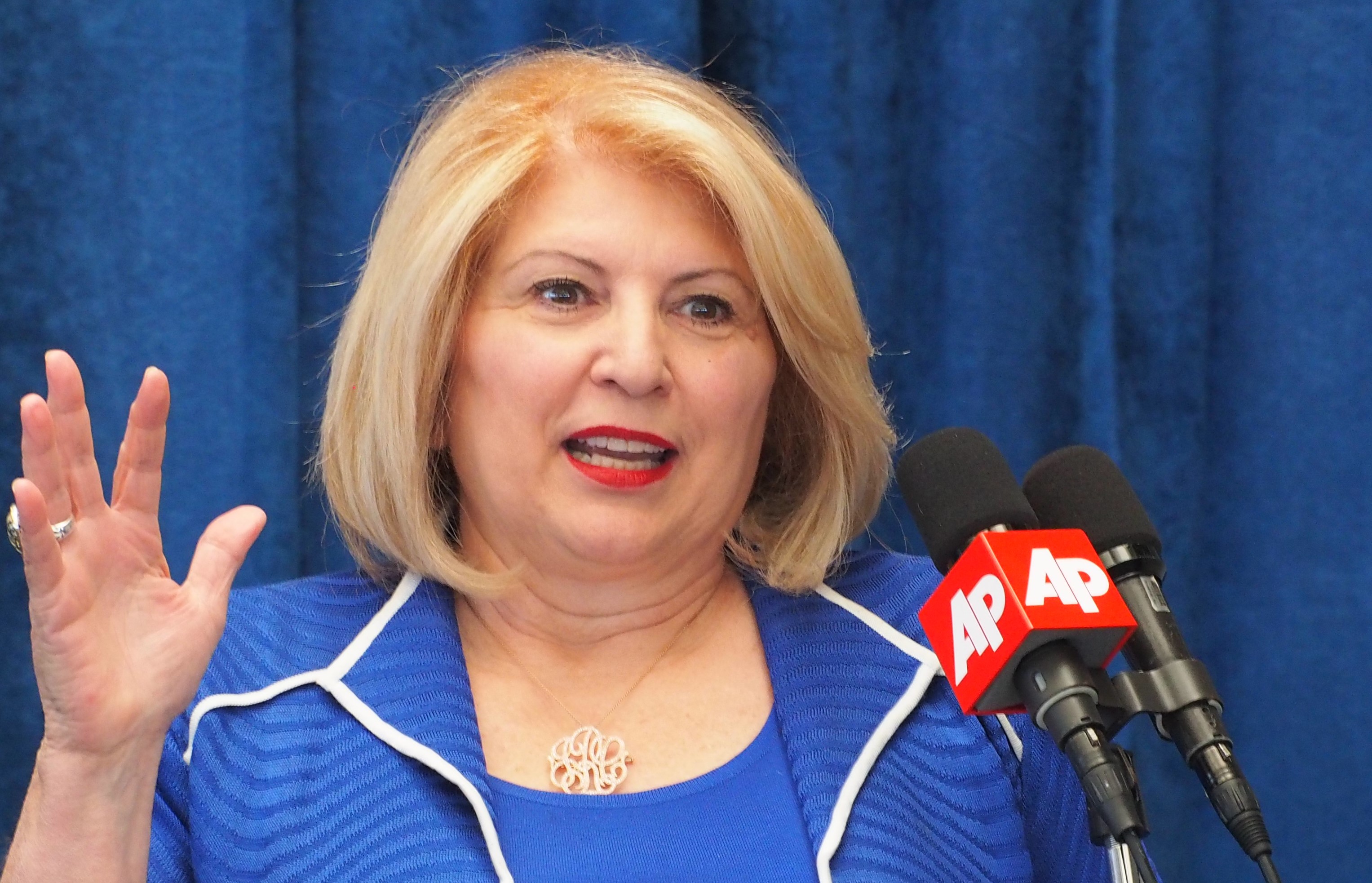 Speaking to an audience in her home district of Tampa last month, House Minority Leader Janet Cruz feels Florida doesn’t have a spending or revenue problem.

Tallahassee has a “priority problem,” the House District 62 representative said.

She maintains that attitude going into the 2017 regular Legislative Session, which officially kicks off  Tuesday.

While acknowledging that the Rick Scott versus Richard Corcoran contretemps will entertain Capitol observers this spring, she supports Corcoran’s attempts to kill Enterprise Florida, the public-private agency that entices companies to add jobs in the state.

“I have a hard time stroking million dollars checks for millionaires. I just don’t see it,” she says, referring to the median income in her district being only $39,000.

Cruz is pleased that the bills to defund Enterprise Florida and Visit Florida were decoupled in the past few weeks, because she sees the value of Visit Florida to the Sunshine State, but only if greater oversight is imposed on its management.

Cruz is one of the leaders of the Tampa Bay area legislative delegation, where transportation remains a central problem plaguing the region. Last month, the entire delegation convened in Clearwater, with much of the discussion on creating a regional transit authority (Clearwater Senator Jack Latvala has just filed a bill in the Senate to do that).

Nevertheless, she remains optimistic about the possibility of establishing such an entity.

For the first time, Cruz agrees with her GOP colleagues in Hillsborough about eliminating the controversial Hillsborough County Public Transportation Commission, and supports a bill sponsored by Tampa Bay-area Republicans Chris Sprowls and Jamie Grant that would finally enact statewide regulations on transportation network companies.

“It’s finally going to happen, and I think that there were some legislators, including myself, that were resistant,” Cruz says. “Not because I don’t love Lyft or Uber, because I love both of them. Because I didn’t feel that it was fair and the playing field wasn’t level for the taxi companies to follow so many different rules and so many regulations.”

Cruz believes it’s still important that Uber drivers have an “advanced level” of background security checks. Uber and Lyft are the future, she says, “so we just have to work on regulating it so that Floridians are safe. That’s my biggest concern.”

(Under the Sprowls-Grant bill, TNC drivers will not be required to have a Level II background check. In a committee hearing last month, Sprowls downplayed the notion that a Level II check is more rigorous than what is in his bill. “The FBI database has 95 million records. These multistage databases that we specifically outline in the bill, have 500 million records,” he said).

Senate President Joe Negron was one of a handful of Florida Republicans who traveled to Washington last week to discuss potential health care changes with their congressional counterparts. He supports a plan being floated that would have the federal government giving a form of a block grant to the state for Medicaid coverage.

Like virtually every Democrat, Cruz would prefer that the Affordable Care Act stay in place, but she’ll reserve judgment if a new GOP plan ends up covering at least as many if not more of her constituents.

That remains extremely dubious, though.

While the Florida Senate overwhelmingly supported a hybrid version of Medicaid expansion a couple of years ago, Cruz’ GOP colleagues in the House overwhelmingly rejected such an idea, which rankles the Tampa Democrat.

“I hear them get so snarky sometimes in the Legislature about folks without health care coverage and it slays me, honestly, because these folks who don’t have coverage end up in the emergency room because that’s their only option, that cost is passed on to us … so it’s like really?” she says. “You’re pushing so hard not to have coverage for working families, yet, believe it or not, you’re paying for it at the end.”

There will be plenty of bills, resolutions and resolution-like memorials in the 2017 session — 39 in all.

Cruz says that the National Rifle Association’s influence on GOP legislators is preventing the Legislature from moving forward on “common sense gun safety reforms.” She’s cognizant of the vast cultural differences that representatives from more rural areas of the state feel about guns as opposed to those from urban regions like Tampa.

“I understand that people have very different perspectives, but nobody is trying to take anyone’s gun away from them,” she insists. “We just want to make sure that campuses and airports are safe.”

Cruz did offer her prediction for the coming session.

“I’m looking forward to working with Speaker Corcoran, watching the sparks fly between the Speaker and the Governor, hoping that session will end on time and we won’t waste taxpayer’s dollars. But we’ll see.”