The Senate released its version of a workers’ compensation fix Friday, and the measure would lift limits on attorney fees in some cases and require insurance companies to file their own rates, rather than let a ratings agency do the job for them.

The House released a draft, labeled “for discussion at a workshop March 7,” that also would allow higher attorney fees and allow insurers to compete on rates.

Although SB 1582 would eliminate the National Council on Compensation Insurance’s role in proposing rates to the Office of Insurance Regulation, the House would merely allow insurers to deviate from approved rates by up to 5 percent.

The fee cap formula, approved by the Legislature in 2003, and tied to benefits won, would remain under both measures.

But judges of compensation claims could approve fees of as much as $250 per hour when justified by the degree of difficulty or time involved. And both measures would repeal criminal sanctions against lawyers who accept fees outside the fee structure.

Neither chamber appeared interested in an Associated Industries of Florida proposal to require both parties — the worker and the insurance company — to pay their own attorney fees.

But both bills do include AIF’s proposal to make petitions for benefits specify the benefits sought and how they were calculated.

Senate sponsor Rob Brandley said the legislation was a response to Florida Supreme Court rulings striking down the existing caps on attorney fees and total disability payments as unconstitutional.

“Making meaningful comprehensive changes that can withstand judicial scrutiny should be the goal,” Bradley said.

“This legislation incorporates significant provisions that will stabilize rates and bring Florida in line with 38 other states that encourage more competition among insurers and limit the amount of the insurer’s defense fees that can be passed on to businesses, while not subjecting businesses to a tug-of-war between the Legislature and the judiciary.”

Insurers and their business allies blame those court rulings for the 14.5 percent premium hike that began to take effect in December. They argue the rulings undermined the effort under the 2003 workers’ compensation legislation to reduce litigation and other costs.

That increase is the subject of a case before the 1st District Court of Appeal filed by Miami workers’ compensation attorney James Fee, who claims violations of the Sunshine Law because NCCI didn’t open all its internal deliberations and documents to the public.

Total disability benefits would be extended from 104 weeks to 260 weeks.

The House wants to change the way the system pays for outpatient care through hospitals and ambulatory surgical centers. They now get a percentage of their usual and customary charges. In the future, their fees would be tied to Medicare reimbursement levels.

Procedures not covered by such a statutory reimbursement system would be priced by the three-member panel, which advises the insurance office.

The Senate bill would require insurers to pay rebates if their defense and cost containment expenses exceed 15 percent of incurred losses for the average of the three most recent calendar years.

Representatives of the Florida Chamber of Commerce had no immediate comment on the proposed legislation; a spokeswoman said it was polling its member for their reactions.

Richard Chait, chairman of the Workers’ Compensation Section of the Florida Justice Association, called the Senate bill “a step in the right direction for Florida’s workers and businesses” in a written statement.

“Our priorities continue to focus on rate-making reform which provides for competition in the market and promotes transparency, some element of choice in medical treatment for injured workers, a meaningful post-9maximum medical improvement) benefit for those who are unable to return to their former employment, and the responsibility for insurance carriers to pay reasonable attorney’s fees when benefits are wrongfully denied,” he said.

“As we anticipate that workers’ compensation will be a top priority this session, we look forward to working with the Legislature and the business community to enact meaningful reforms which will impact the well being of employers and those workers who have the misfortune of suffering work-related injuries.“ 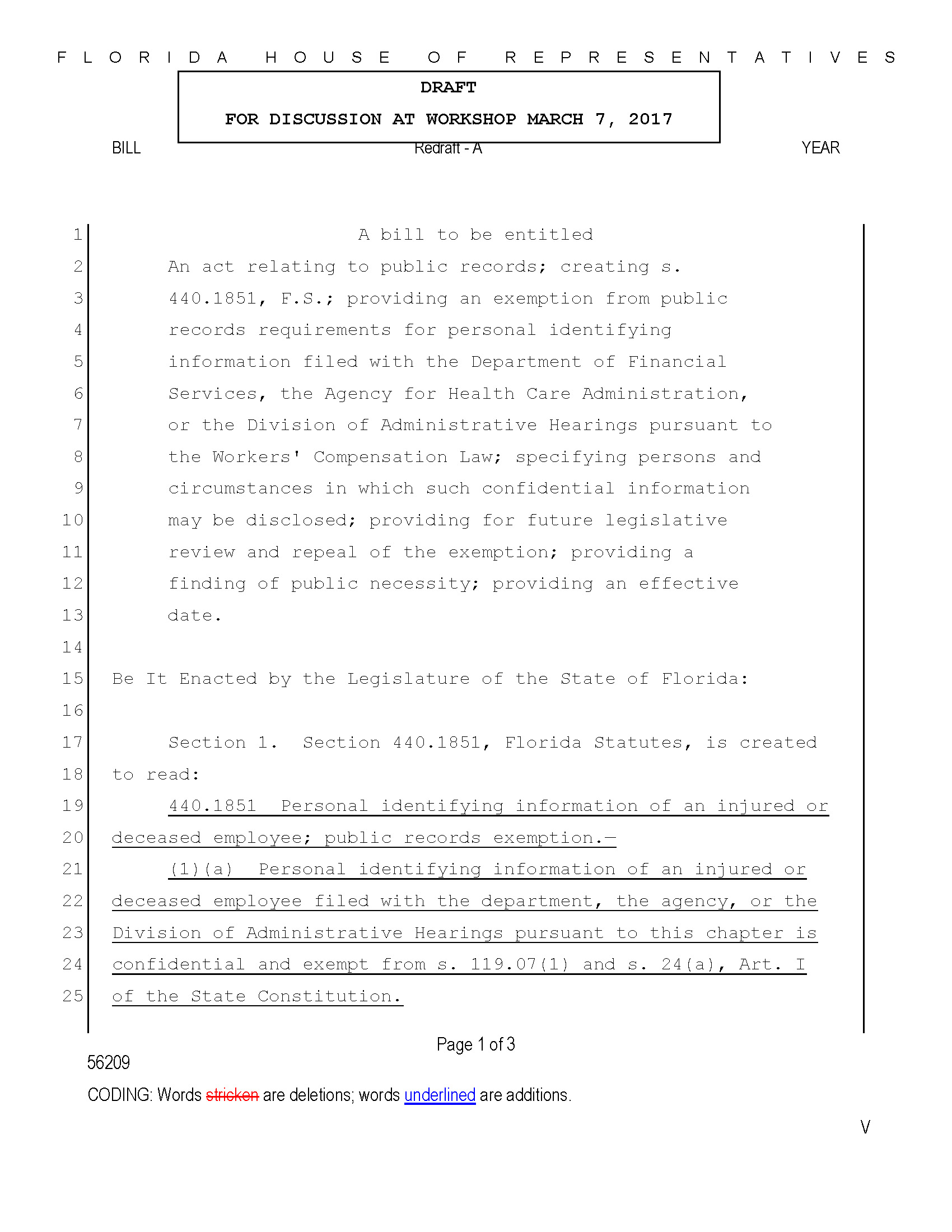 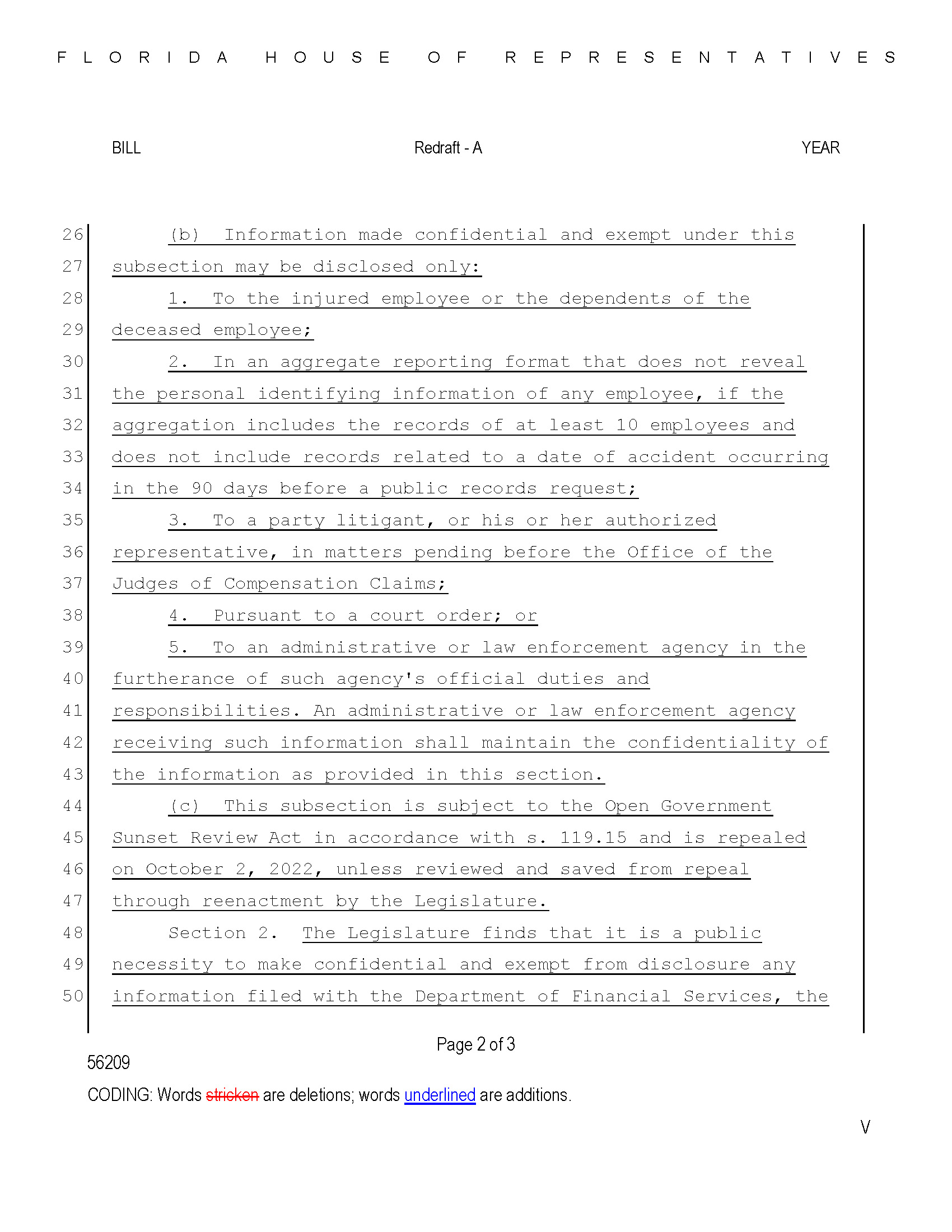 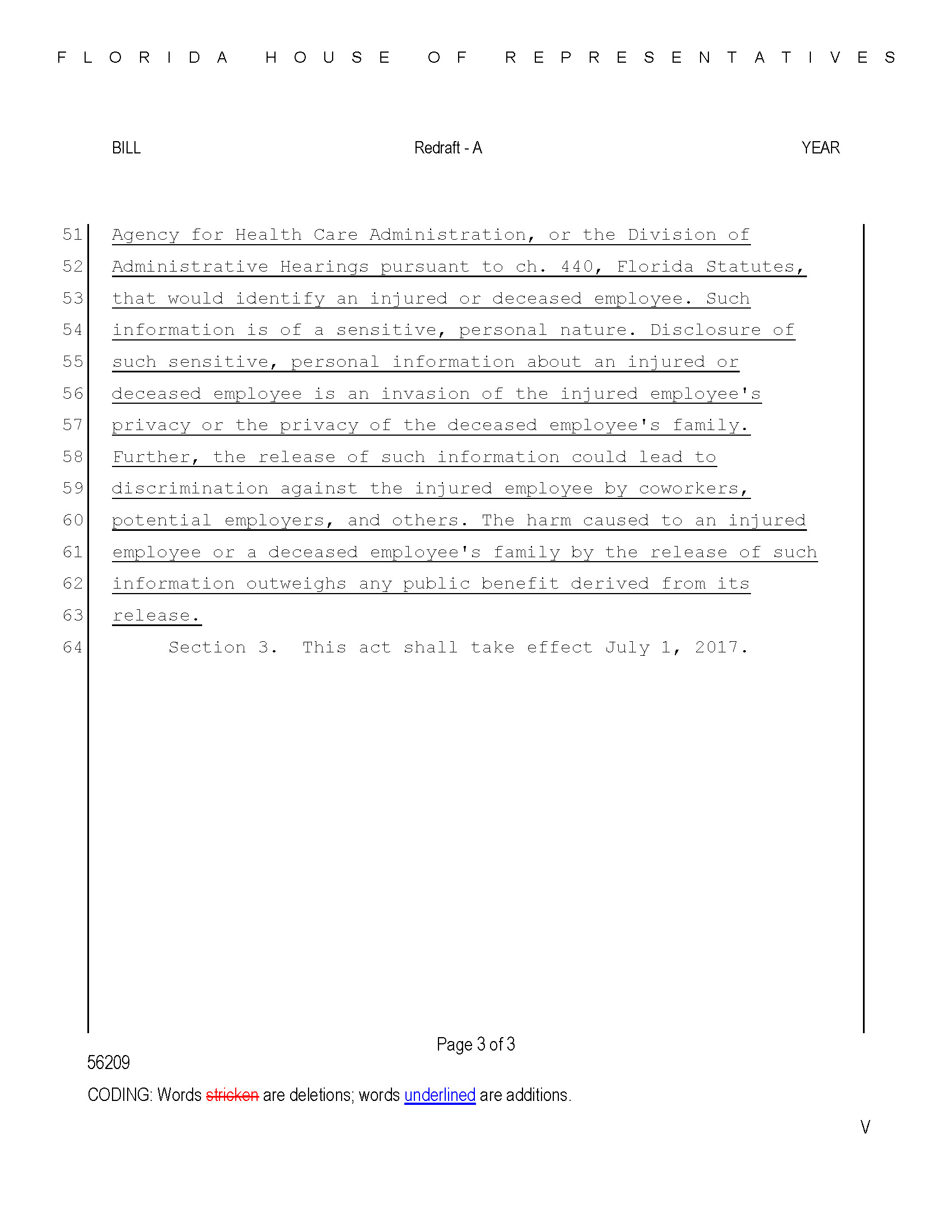