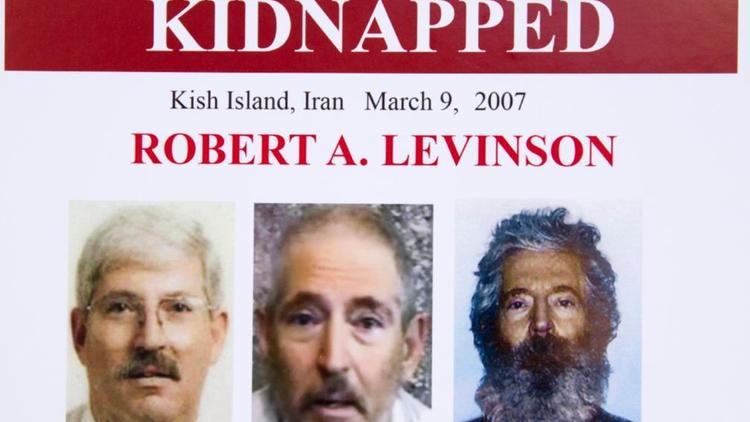 The family of a Coral Springs man taken hostage overseas a decade ago on Thursday asked President Donald Trump’s help to find and bring home their father.

Former FBI agent Robert Levinson disappeared from the Iranian island of Kish in 2007 while trying to cultivate an informant for the CIA. Now, his family is calling on Trump to finish what two prior presidential administrations did not.

“We have gone through this for 10 years and every time we have been disappointed over and over and over again,” said Levinson’s youngest son Doug, now 23. “We believe that President Trump has the ability to get this done.”

The family’s remarks came on the 10th anniversary of Levinson’s disappearance. As part of the anniversary Thursday, the State Department, FBI and White House renewed a pledge to do all they can to retrieve him.

If still alive, Levinson has been held captive longer than any other American, including Terry Anderson, a then-journalist for The Associated Press who was held for more than six years in Beirut in the 1980s.

A United Nations report from last year concluded Iranian authorities detained Levinson at his hotel on March 9, 2007, and have held him ever since. Iran denies involvement.

The family received proof Levinson was alive in a 2010 hostage video. Additional evidence came in 2011, when they received pictures of Levinson wearing an orange jumpsuit — mimicking a Guantanamo Bay detainee — looking gaunt and wearing a thick beard.

Trump said during his campaign in 2015 he would bring Levinson and three other Americans back to the country.

“They will be back before I ever take office, because they (the Iranians) know that that’s what has to happen, OK? They know it, and if they don’t know it, I’m telling them right now,” he said.

Last year under the Obama administration three Americans were freed in a prisoner swap with Iran. Levinson wasn’t among them.

On Thursday, White House press secretary Sean Spicer at a news conference said, “The Levinson family has suffered far too long and we will not rest until this case is resolved.”

The family said the words were reassuring, but they hope it will translate into a meeting with the president either this week or next.

“We would love to meet with President Trump to discuss this and talk about what steps he would take,” Doug Levinson said. “He is a deal-maker. He is the one who can bring our dad home.”

Levinson served the U.S. Department of Justice for nearly 30 years, as an FBI and Drug Enforcement Administration agent. Following his retirement, he worked as a private investigator.

The FBI is offering a $5 million reward for information leading to Levinson’s safe return. Thursday’s FBI statement said the agency has a dedicated team pursuing leads and working “tirelessly” to find and return Levinson.

Rep. Ted Deutch and Sens. Bill Nelson and Marco Rubio, all of Florida, reiterated that message in a resolution they introduced Thursday raising awareness about Levinson’s disappearance.

“I urge this administration to do everything they can to pressure the Iranians and to locate and return Bob to his family and community,” said Deutch, a Democrat.

Friday is Levinson’s 69th birthday. Before he disappeared a decade ago, his family planned a vacation to Disney World for his 59th birthday.

Levinson’s second oldest daughter and her son, then 5 months old, painted a picture frame with Mickey Mouse ears to give her father.

Stephanie Curry, 38, hoped to fill it with a picture of the family, including Levinson, her mother Christine and all seven children.

She has not gotten that chance yet, but Curry and rest of the Levinson family haven’t given up hope.

Curry said she still has plans to give the decade-old picture frame to her father, complete with a family photo.

In the meantime, she has a message for her father.

“If by any chance, Dad, you’re able to hear this message, please know with all of our hearts that we are doing everything that we can to bring you home to us,” Curry said. “We will never give up hope.”